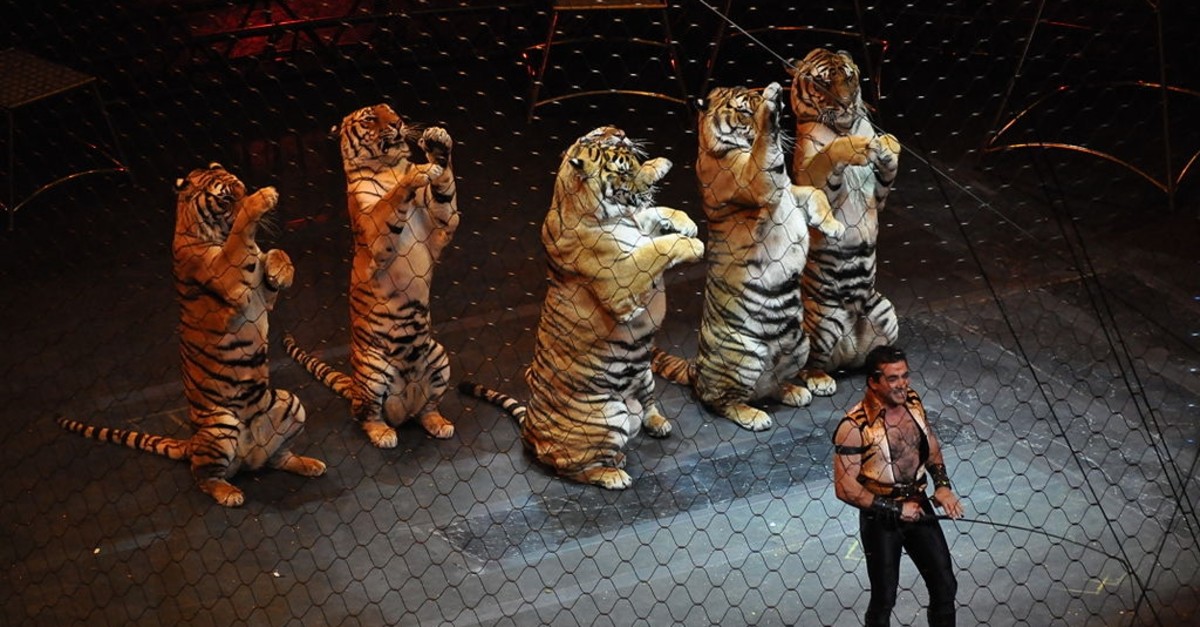 Tigers perform in Ringling Brothers and Barnum and Bailey Circus (Wikipedia photo)
by Jul 05, 2019 8:32 pm
Four tigers have mauled to death their tamer in southern Italy, fuelling calls for a ban on the use of animals in circuses as parliament debates the issue. Police said the 61-year-old tamer, Ettore Weber, was attacked by the tigers on Thursday during a training session in Triggiano, a small town in the Puglia region.

All the circus's eight tigers were impounded by the police, triggering protests from animal welfare associations.

The Anti-Vivisection League (LAV) called for the tigers involved in the attack not to be killed, and urged the government to speed up legislation to ban circus animals.

"Tigers must be saved... and placed in an environment suitable for their natural needs", LAV said in a statement.

Parliament is discussing a new bill to ban wild beasts from circuses, after a failed attempt in 2017.

The government has promised to act swiftly if the bill is passed, to the alarm of the national circus association which has announced protest action.

According to a study published in 2017 by the Italian Censis Foundation think-tank, Italy is one of the few European states not to limit the use of animals in circuses.