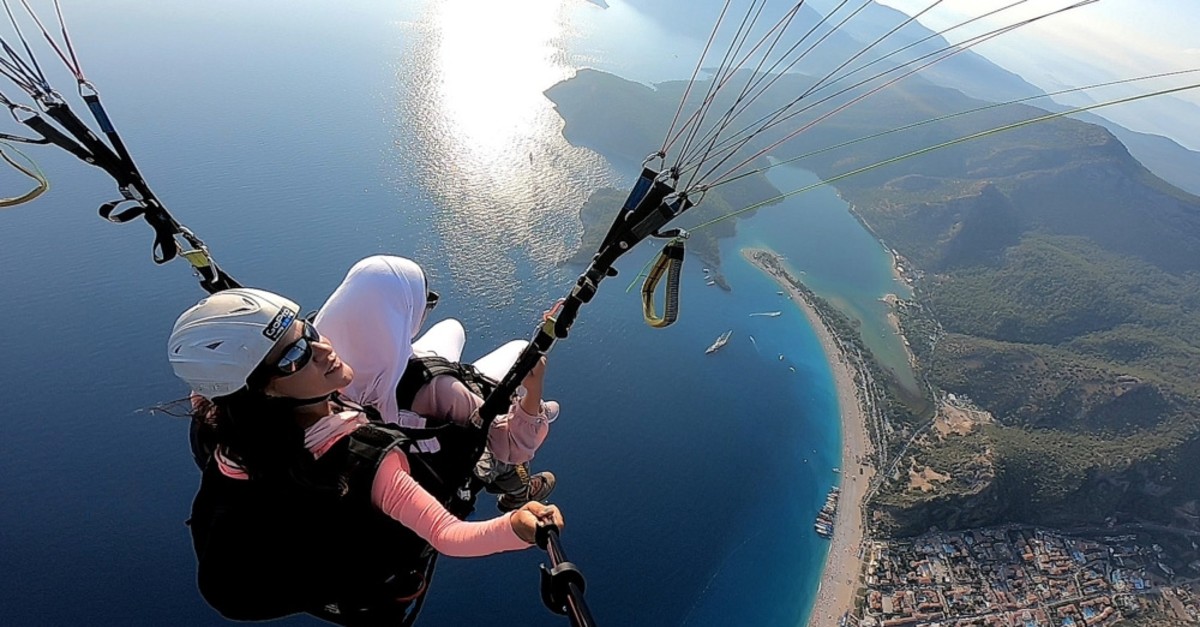 Seven Turkish female pilots of one of the world's best-known centers for paragliding offer tourists the opportunity to fly high above the Mediterranean landscape of southwestern Turkey.

Towering above the stunning Ölüdeniz or Blue Lagoon nestling on the coastline, Mount Babadağ in the Fethiye district of Muğla province is considered one of the best sites in the world for paragliding.

Yeliz Bakar, the first woman to fly as a pilot from Babadağ, told Anadolu Agency (AA) that she made her first flight when she was 17, and receiving training at 20. "I want to see more women on the runway," Bakar said and added, "Usually families entrust their children to us in the air. Since I'm a mother, I think families prefer us more."

Paragliding pilots can reach altitudes of 1,200-1,900 meters, finally landing on the Belcekız Beach having enjoyed peerless views throughout their flight.

Bakar stressed that Ölüdeniz is home to some of the world's most preferred paragliding sites, adding, "You do not want to tell your friends that you didn't paraglide when you return from holiday."

Another pilot, Bahar Türkbey, said she joined the aviation club in 2000 while studying Chemical Engineering at Middle East Technical University in Ankara. Leaving behind a career as an engineer, Türkbey said she decided to be a paragliding pilot in 2013, saying, "My actual occupation is piloting."

"After taking off, you experience the best focus you can in this life. There is no other activity where you can experience such a moment." Türkbey said she was happy to share the experience with others, adding that some originally coming as tourists with whom she had flown sometimes join pilot-training programs in the following years to become pilots themselves.