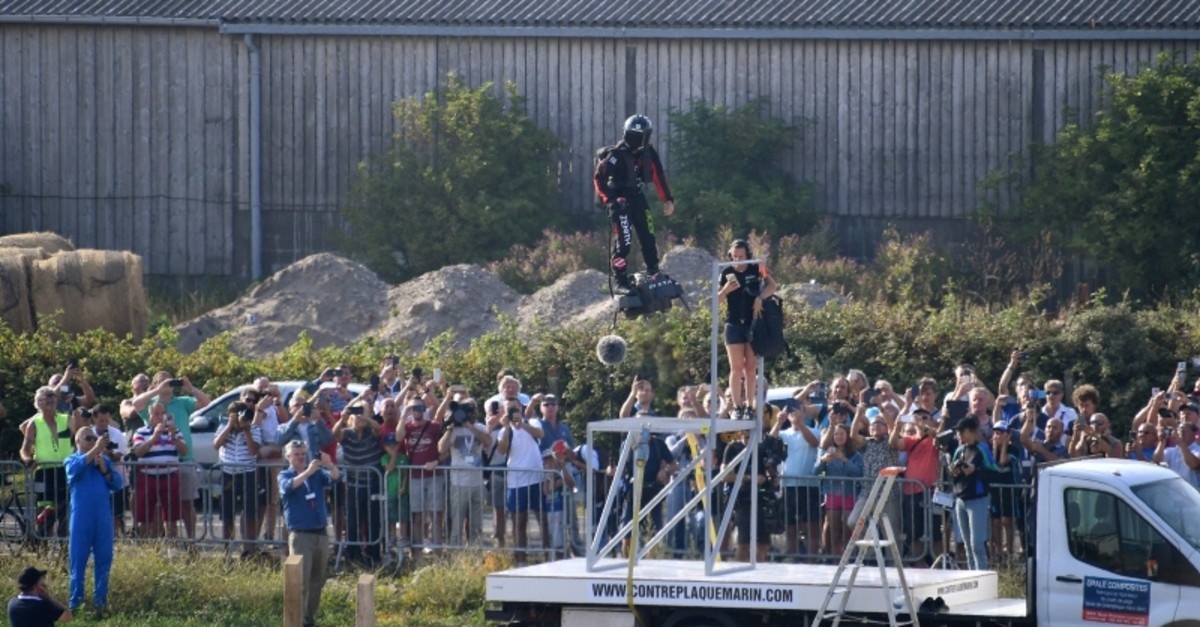 Franky Zapata (C) stands on his jet-powered ,flyboard, as he takes off from Sangatte, northern France, attempting to fly across the 35-kilometre (22-mile) Channel crossing in 20 minutes (AFP Photo)
by Compiled from Wire Services Jul 25, 2019 11:01 am

A daredevil French inventor on Thursday failed in his attempt to fly across the Channel from France to Britain standing on a jet-powered "flyboard", having to be rescued after falling into the sea, his team said.

After careful preparations, aviation buff and inventor Zapata took off Thursday from the French coastal town of Sangatte fastened to the small flying platform he designed. From afar, it looked like he was skateboarding on the sky.

He hoped to make it across 36 kilometers (22.4 miles) to the Dover area in southeast England in about 20 minutes. He was carrying a power pack full of kerosene, and was planning to refuel from a boat partway across.

Zapata, 40, wowed crowds in Paris on Bastille Day, whirling over European leaders on the flyboard. But crossing the windy, ship-filled Channel is a much tougher challenge.

He scheduled Thursday's flight to coincide with the 110th anniversary of the first flight across the Channel, by French aviator Louis Bleriot on July 25, 1909 — who also left from Sangatte after multiple failed attempts. The beach where Zapata took off Thursday bears Bleriot's name.