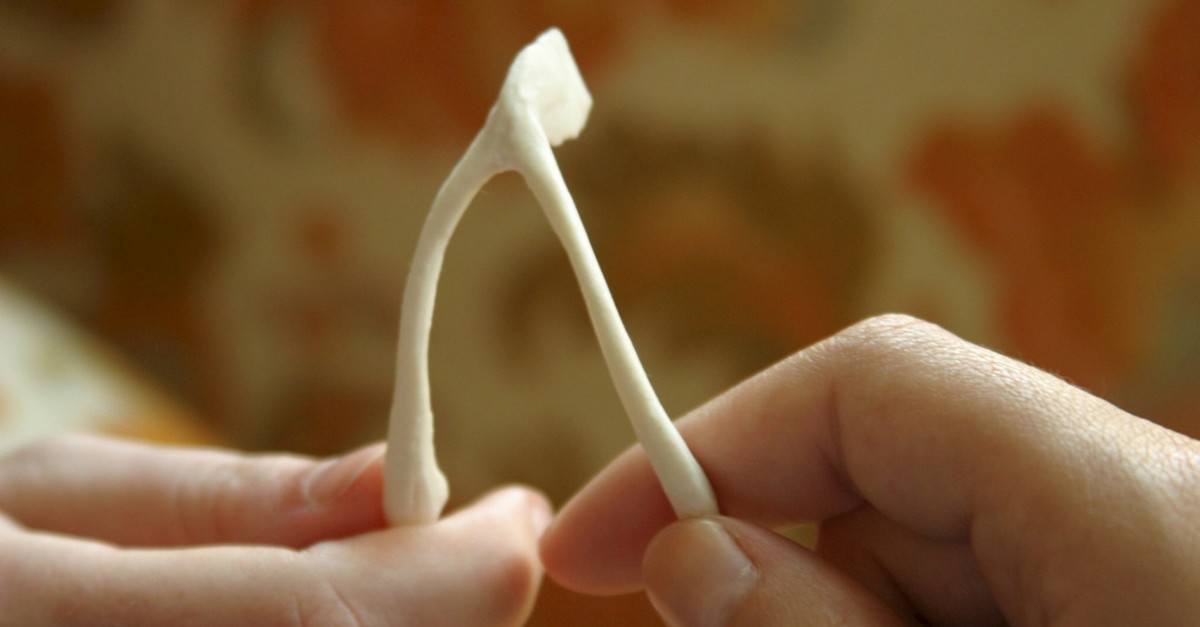 Breaking a wishing bone of a chicken or turkey is believed to make your wish come true.
by Miraç Tapan Aug 19, 2019 12:33 am

According to Merriam-Webster, superstition is "A belief or practice resulting from ignorance, fear of the unknown, trust in magic or chance, or a false conception of causation." Yet, however silly it seems, superstitions have a surprisingly large following. For example, an estimated 17 million to 21 million people in America are afraid of Friday the 13th, 74% of those in the U.K. say they knock on wood to avoid bad luck, and 13% of Americans cringe at the sight of a black cat.

There might be no scientific base for superstitions but one cannot deny that they have a huge impact on people's lives. For instance, for over 2,400 years, the wishbone from a hen has been used to make wishes. The wishing bone tradition is believed to date back to the Etruscans, an ancient Italian civilization.

According to historians and archaeologists, the Etruscans had chicken in their diet regularly. This ancient civilization also believed that birds can predict the future. They regularly used birds, especially chickens (either dead or alive), during their rituals.

However, they did not break apart the chicken's collarbone like we do today to make a wish. Instead, they kept the wishbone in a safe place and whenever they desired to make a wish, they would stroke the bone while thinking of what they wanted.

When this ancient civilization crossed paths with the Romans, the Romans picked up on this superstition. However, chickens were scarce, and therefore so were the wishbones. People had to resort to cracking the bones in half so there were enough to go around.

This tradition was later adopted by the English and then found its way to the new world, the Americas. Apart from being one of the most entertaining parts of Thanksgiving dinners in the U.S., wishing bones found a place for themselves almost in every culture. Some wear wishbones like jewelry to bring them luck, while some continue to carry one in their pockets. However, there is a catch: In order for your wish to come true, you have to break the wishbone.

Whether a majority of people believe in these kinds of superstitions or not, superstitions spread like an epidemic. So, next time you're eating chicken, maybe it is best to look out for a wishbone to bring good fortune. In the end, it never hurts to be cautious.