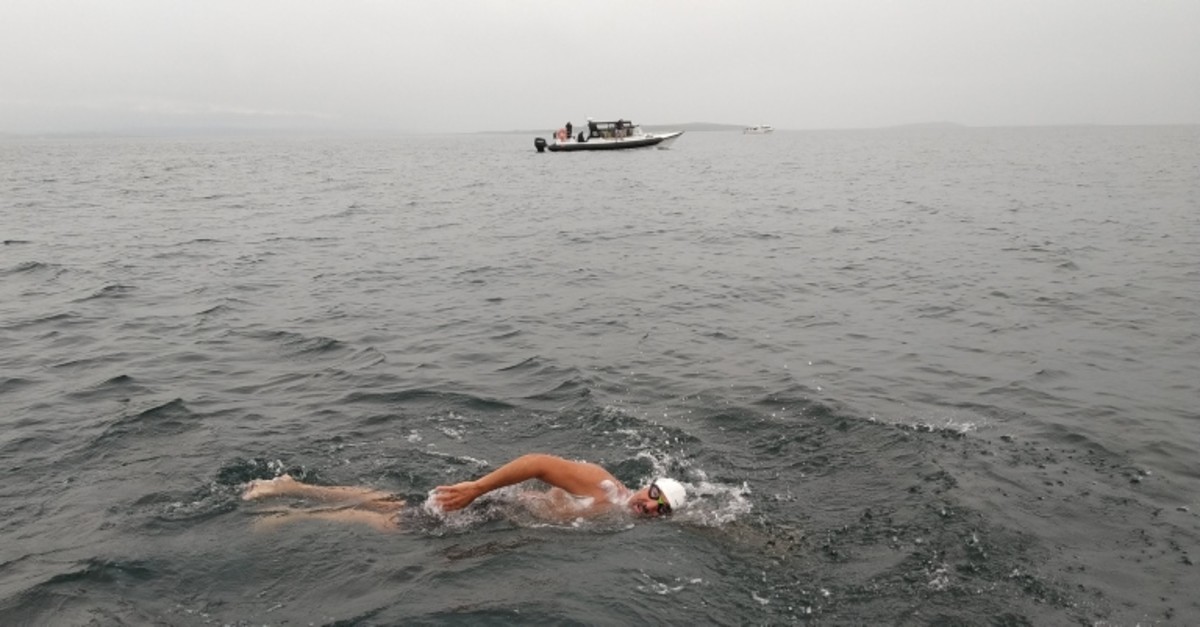 A Turkish swimmer became the first Muslim person and the oldest man in the world to swim across the North Channel, known to be one of the seven most difficult routes.

Kamil Alsaran, who became the first Turkish person to swim across the English Channel in 2015, swam the North Channel, which is the strait that connects the Irish Sea with the Atlantic Ocean, on July 29, Demirören News Agency reported.

It took the 58-year-old man 13 hours and 55 minutes to complete the solo journey.

Alsaran noted that he experienced a number of difficulties during the swim. The water temperature ranged between 12 to 14 degrees Celsius (53.6 to 57.2 Fahrenheit) and he swam among deadly jellyfish and other sea creatures.

"Swimming across 35 kilometers, I've seen at least 200 or 300 jellyfish," Alsaran said, noting that he tried his best to not touch them.

He noted that he thought about his father, who died from chronic obstructive pulmonary disease (COPD) last year, in the difficult times he experienced during the journey.

Alsaran's wife, son and friends accompanied him on a boat as he swam across the channel, while four of his friends joined him by swimming together for the last 400 meters.