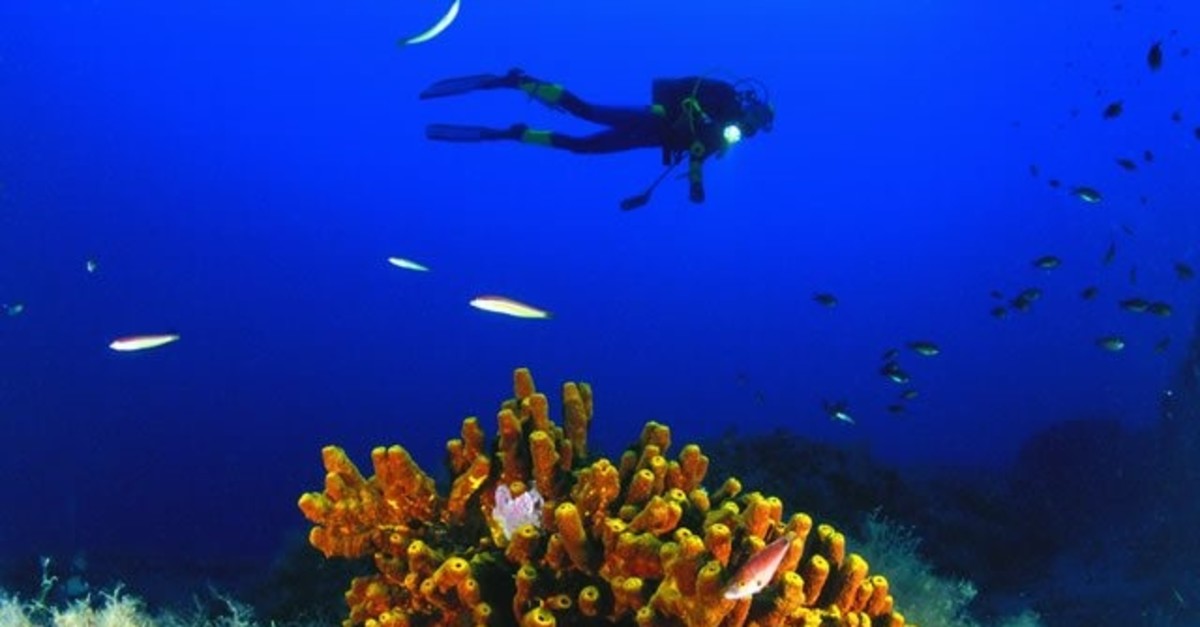 Climate change and illegal activities such as overfishing and polluting the seas put marine life around the world in danger.
by Daily Sabah with AA Sep 05, 2019 12:19 am

Climate change is affecting all living species on the planet, yet marine life, which encompasses billions of species, is under greater threat as humans continue to destroy their habitat

Our world is getting warmer daily, putting not only mankind, but other species living on Earth in danger as well. Marine life is among the most threatened by the effects of global climate change as it faces challenges from warming waters and ocean acidification.

Warming waters alter the latitude and depth at which certain species are able to survive, hence many species are moving deeper or farther north in the Atlantic to find cold water.

"Illegal fishing is more [an] immediate threat, but in the longer term, climate change is likely to prove even more devastating," said Richard Thomas, a coordinator of the wildlife trade watchdog, TRAFFIC. 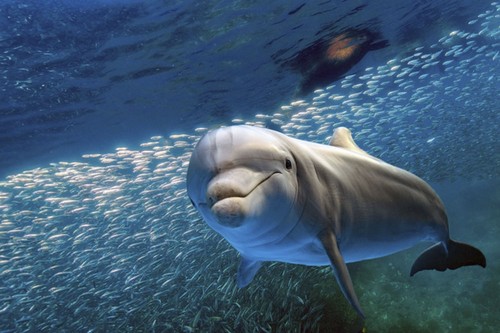 Climate change continues to affect marine species by making oceans more unlivable in ways that lead to declining populations of some species.

Thomas said people should address the threat of climate change and illegal fishing in marine environments effectively, otherwise we will be facing a dark future.

Climate change continues to affect marine species by making oceans more unlivable places in ways that lead to declining populations of some species. Higher temperatures, polar ice melting, rising sea levels, warming oceans and the changing chemical composition of seawater are some of the main effects brought on by climate change, according to data by the environmental group Conservation International.

Thomas spoke about the 18th Conference of the Parties in late August and presented CITES Appendix II list of species that are threatened or are in danger of falling into that category. Species on the list trigger protection. He said the decline in the population of a species negatively affects the ecological balance.

"Sharks species are some of the top predators, and in many areas their numbers have been decimated through overfishing. This will undoubtedly impact the ecological balance of the world's oceans," he said and added that marine species are all part of the ecosystem. "The sums involved in illegal trade in marine species are colossal, likely far more than the much better known and publicized illegal activity associated with large mammals. Much of the illegal fishing activity takes place on the high seas, in remote areas making enforcement particularly challenging," he said, making the point that all illegal trade are crimes.

The CITES list enables countries to monitor and regulate trade as well as collect data and assess the population of species which will be helpful in protecting them.

Cornish said rhino rays and mako sharks are two important species that are in danger of extinction due to human activity, such as overfishing.

"Fins of all these sharks and rays are widely traded, with those coming from rhino rays among the most valuable. Listing these 18 species under CITES means that countries will now have to ensure that any international trade is legal, sustainable, and traceable," he said.

Visual identification or DNA testing by enforcement agencies and customs would be effective solutions to protection, according to the WWF official.

"If implemented timely and enforced effectively, CITES trade controls have the potential of preventing further population declines," he said of preserving sharks and rays populations.

According to the WWF, overfishing and illegal fishing of sharks for their fins is depleting shark populations worldwide. The proposal with the aim of protecting 18 marine species was passed at the end of August at the CoP18 in CITES Appendix II trade protection in Geneva. CITES is an international agreement between governments to protect endangered species of wild animals and plants. The WWF was established in 1961 as an international fundraising organization, to work in collaboration with existing conservation groups and bring substantial financial support to the international conservation movement.