Bringing up a generation with awareness for a zero waste future 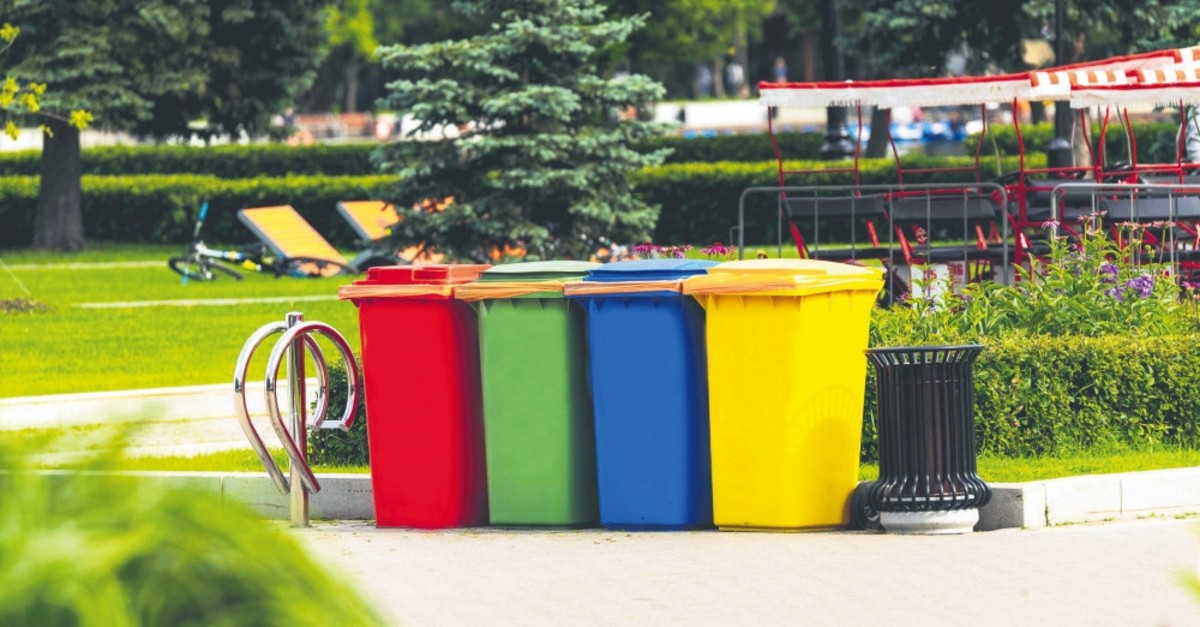 Launched in 2017, the Zero Waste Movement promotes and strengthens the importance of producing less waste and awareness of environmental protection.
by Daily Sabah with AA Sep 12, 2019 12:22 am

Championed by first lady Emine Erdoğan, the "Zero Waste Movement" has gained a pace in Turkey and has seen followers, from individuals to municipalities. However, the key for a zero waste future is to build a structure last more than a generation

The Zero Waste Project, which was launched in Turkey in October 2017, has to continue uninterrupted for many years so it becomes a way of life. It will also promote and strengthen awareness of environmental protection among people.

Unfortunately, Turkish cities lack the infrastructure needed for waste recycling, unlike many European countries which perform elaborate waste sorting. Turkey can only make waste sorting mandatory in a few sectors. Consequently, it is of great importance to motivate individuals, the private and public sectors so they contribute to recycling. This task falls to the implementing institutions.

While the most important tool that motivates the private sector is profit, it is important to work through the measures that will excite the nonprofit public sector as well. The establishment of appreciation and reward mechanisms, the announcement and awarding of the institutions successfully involved in the project will undoubtedly increase the motivation of the participants in these institutions. Otherwise, the success of the project is left to the personal sensitivity of the people in the implementing institutions. For an institution that has successfully implemented the Zero Waste Project, steps light in weight but heavy in value such as the establishment of a souvenir forest or the gift of a tree sapling can improve the sense of belonging to the project.

In many European countries with a 46% recycling rate, the less waste a household produces, the less tax it pays. In Turkey, the contribution of the private sector to the Zero Waste Project can be achieved through tax reductions as well. Giving environmental awards to companies with high environmental awareness from time to time also keeps the interest in the project alive.

For an effective zero waste movement

As of 2019, the number of institutions involved in the Zero Waste Project in Turkey is 18,750. These institutions deliver waste sorted at the source to municipalities and receive a signed receipt showing the amount of waste. This amount is entered into the waste management system by the institution itself, and an automatic calculation is obtained, such as how many trees the waste collected has saved in time and how much raw material it has provided for the economy. However, this data does not give information about where and how the waste collected from the institution is used in the field.

At the beginning of the project, the Ministry of Environment and Urbanization provides training to the institutions. However, later on, the Ministry's supervision and control of the institutions, solving the problems faced by the practitioners at the source and an appreciation and reward mechanism for those who do their job well can be instrumental in increasing the project efficiency.

Turkey, which has a 13% recycling rate, needs to move to a system that collects waste sorted at home to reach the 46% figure achieved in EU countries. People who want to sort waste but have problems with the distance to the waste collection center or who are unable to find a vehicle are rightly questioning the accessibility of the project. At this point, it should not be forgotten that many municipalities do not have the number of waste collection vehicles and systems envisaged by the project. Many municipalities in Turkey are preparing projects to collect waste in a dual system, at least in the form of wet and dry waste.

Beykoz Municipality officials, who started their recycling journey many years ago and have their own waste sorting facility, say it is important to sort waste at least as wet and dry for effective recycling. It becomes more difficult for paper wastes to be dried and recycled after getting wet.

In the scenario where biodegradable wastes are collected separately, carbon dioxide gas emissions produced by food wastes are greatly reduced, while their conversion to compost fertilizer, which increases the yield of the soil, stands out as a second benefit from recycling.

In 2013, Beykoz Municipality started the project of composting food waste in housing estates, shopping malls and neighborhood markets, revealing that a family of four produces two kilograms of food waste per day. As a result of the composting process, food wastes are reduced by 75% by weight. If this family's food waste is not utilized, it will produce 680 kilograms of carbon dioxide emissions per year, but this amount is reduced to 26 kilograms as a result of composting. Beykoz Municipality, which focuses on collecting biodegradable wastes rather than the system focusing on separate collection of packaging wastes as a popular method in the 2000s, seems to have taken a unique place in recycling with this approach and has largely eliminated the environmental impact of food waste.

When making plans for a more efficient waste collection system, it should be taken into consideration that the number of citizens who do not have intermediaries to bring waste to the collection points or who have no knowledge about waste sorting due to lack of connection with an institution is very high. More information should be provided about the Zero Waste Project, especially through television channels and billboard advertisements, and the facilities provided by the municipalities for volunteers to collect waste should be announced.

With the Zero Waste Project, it is necessary to create waste collection points in parks, gardens, beaches, stadiums, and picnic areas that people use frequently in order to contribute more to the economy day by day. In particular, the income to be generated from places where a high proportion of plastic waste is generated, such as beaches and picnic areas, will also be high. The establishment of vending machines in schools and universities that load money onto the transportation cards for those bringing waste increases the environmental awareness of our children and young people by motivating them financially.

The issue of waste recycling has created a sector that generates considerable employment and income in European countries. Turkey is gradually coming to this point. The recycling sector, which currently consists of paper collectors on the streets, will eventually shift to a different and professional environment.

At this point, it is important that the Zero Waste Project, which will bring revenue to the whole country, prevent squandering and provide raw material and energy to the economy, and the return from the following recycling moves will be distributed fairly among the project stakeholders.

It is a natural demand to generate an income or benefit from waste sorted and sold at the source. The private sector can easily sell waste to recycling companies at this point, but it is not possible for public institutions to generate value from waste under current legislation. However, a government agency should also be able to meet the needs of any material that it uses daily by selling electronic waste and cartridge waste or glass waste to a recycling company.

The waste generated in the institutions involved in the Zero Waste Project is collected primarily by the municipality to which they belong and if there is a type of waste that is not accepted or processed by the municipality, this waste is left as worthless waste. If the Zero Waste Project is revised and developed, the system will find solutions to the problems that it is currently experiencing, making Turkey's newly established zero waste system more efficient.