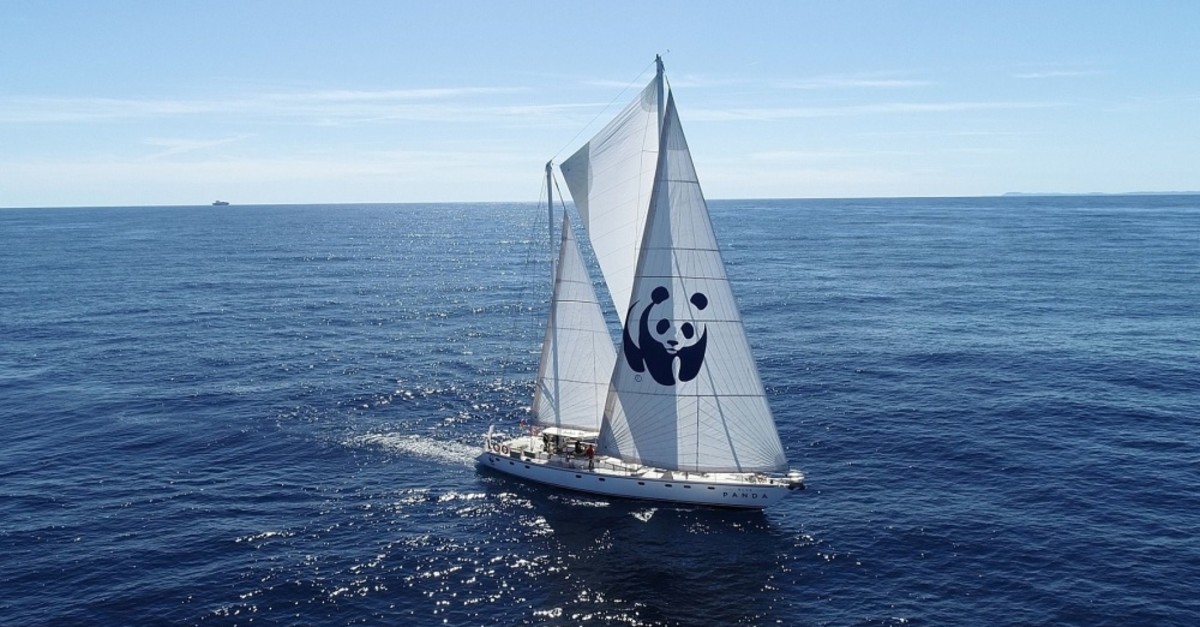 WWF's boat Blue Panda is in Istanbul to draw attention to marine pollution in the Mediterranean.
by Daily Sabah with AA Sep 18, 2019 12:14 am

The Blue Panda, a boat by the World Wildlife Fund (WWF), continues to draw attention to the marine pollution in Turkish waters. Having arrived in Istanbul a week ago, the boat is raising awareness about the increasing levels of marine pollution in the Mediterranean, which has been home to numerous civilizations throughout human history.

The boat set sail from France in June and has so far visited Italy and Greece. Currently, the boat is docked at the Princes' Islands in Istanbul and will arrive in the Bebek and Kuruçeşme area of the city on Sept. 21. Throughout its visits to the ports, the Blue Panda will organize various events to raise awareness as well as inform people about the consequences of overconsumption, plastic pollution and the crucial role our seas play in nature and in our lives.

Aslı Pasinli, the head of WWF Turkey said that the Zero Waste Movement and limiting plastic bag use show that Turkey is heading in the right direction to stop marine pollution but the country still has a long way to go. "During the Blue Panda's visit, we will continue to educate people and raise awareness among people to stop marine pollution," Pasinli added.

Following the Blue Panda's mission in Turkey, it will set sail for Morocco and Tunisia.