With the heart of a wanderer, man travels around Turkey on bike 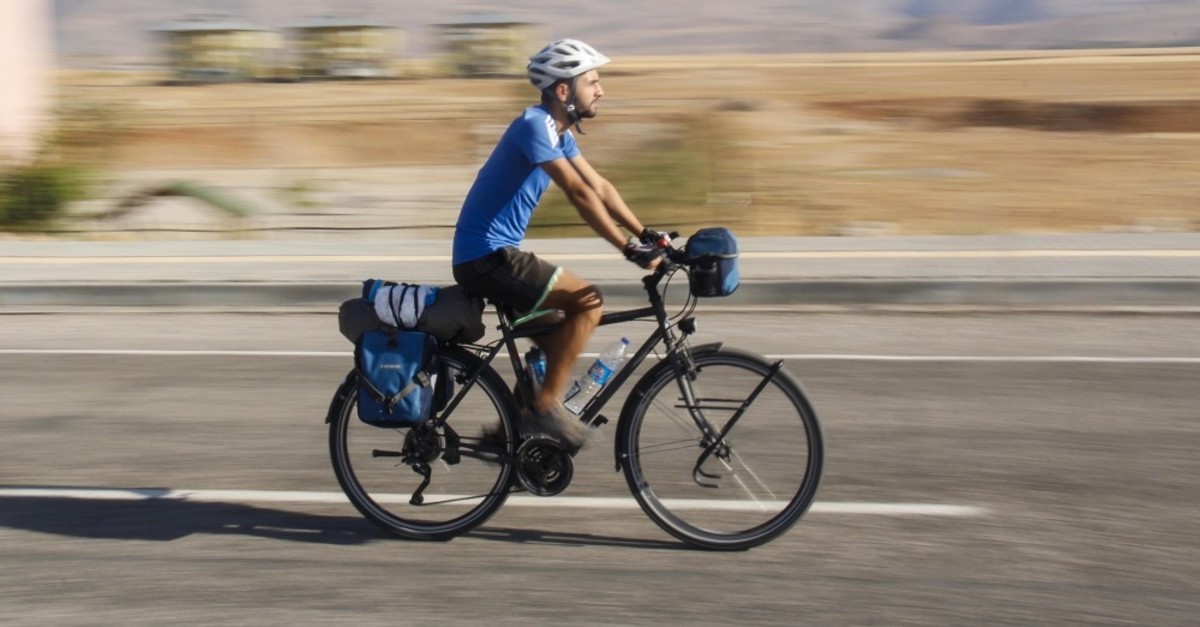 The heart of a wanderer always wants to discover new places and meet new people. It does not work like the heart of a regular man; it needs to be fed. Ahmet Cevdet Avcı is one of those who were born with a heart of a traveler. Since the day he could remember, he wanted to see the world.

When he was a university student in a department of mechanical engineering, he bought himself a bicycle. Then he decided to see every corner of his beloved country, its history, culture and natural beauty by pedaling. Avcı is now 29 years old and has been travelling across Turkey on his bike for the last seven years. So far, the Istanbul-based engineer has pedaled to Muğla, İzmir, Adana, Mersin, Antalya and Konya. He was last seen in Tunceli's Ovacık district, his home town.

Avcı might be a wanderer but his real passion is to meet the locals. "This is how you make memories," says Avcı. "When people see me on my bicycle, they are curious about me and invite me among them." Wherever Avcı goes, locals are always trying to help him with accommodation and other needs.

Now, Avcı is on his next stop in Van, the eastern province famous for its Lake and unmatched natural beauty. After Van, nobody knows where Avcı will go; only his heart knows.