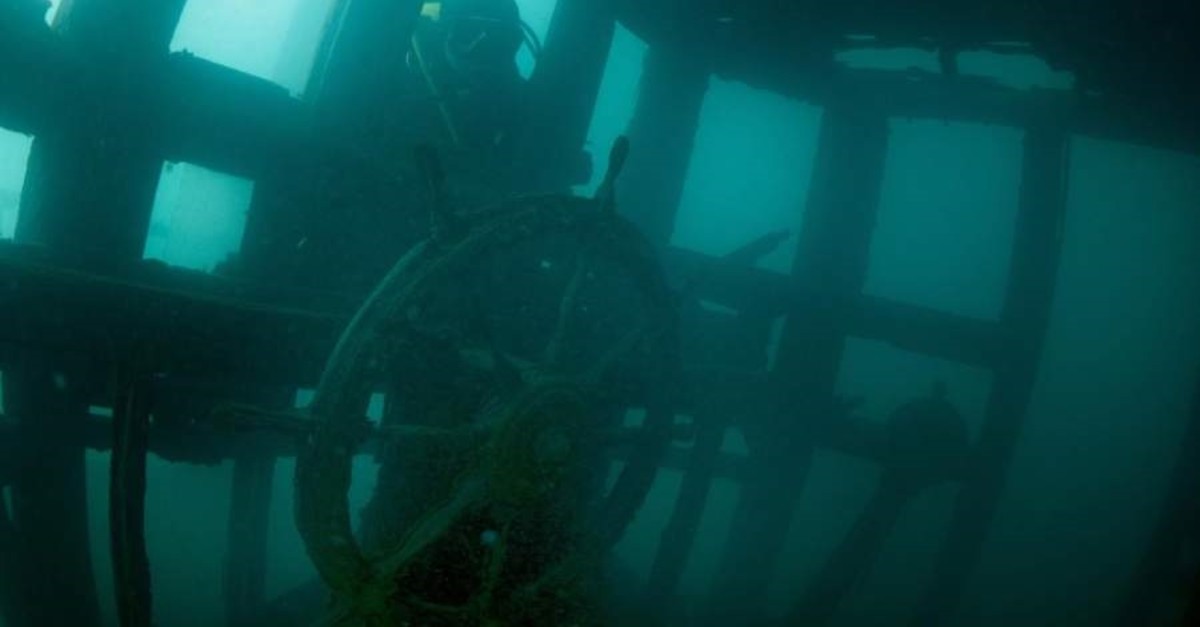 The sunken Russian ship is a frequently visited by divers in Lake Van. (DHA Photo)
by Anadolu Agency Oct 22, 2019 4:17 pm

Diver Cumali Birol has dedicated his life to discovering the hidden treasures under the deep waters of Lake Van in eastern Turkey.
For many years, Birol has been diving in Lake Van in different locations. So far he has discovered coral reefs, the remains of an ancient castle, a sunken ship and many other historic treasures under the water, waiting to be discovered and brought to daylight. After making these historic and scientific discoveries, Birol has gotten in touch with some professors at Van Yüzüncü Yıl University and gave them the locations of his recent finds.
But how was it that a man decided to dedicate his life to the mysteries of Lake Van? “It all started when my father and I were fishing,” said Birol. “When we cast our fishing net, it tangled with something, and we discovered that it was coral,” said Birol.
“I dove to search for a Russian ship, which sunk in 1958, and the remains of a castle. After detecting their locations, I informed the scientific community. Now I work hard to bring these hidden treasures back to life with academics and scientists,” continued Birol, adding that they will initiate an academic research project with divers next year.
Apart from its interest for researchers, Birol also believes that Lake Van has great potential for diving tourism. “The mysteries of Lake Van still mesmerize people. The underwater treasures of this place will make Lake Van a hub for divers around the world,” said Birol.
Last Update: Dec 20, 2019 1:10 am
RELATED TOPICS