Air taxi passes speed test, ready to take off in 2025 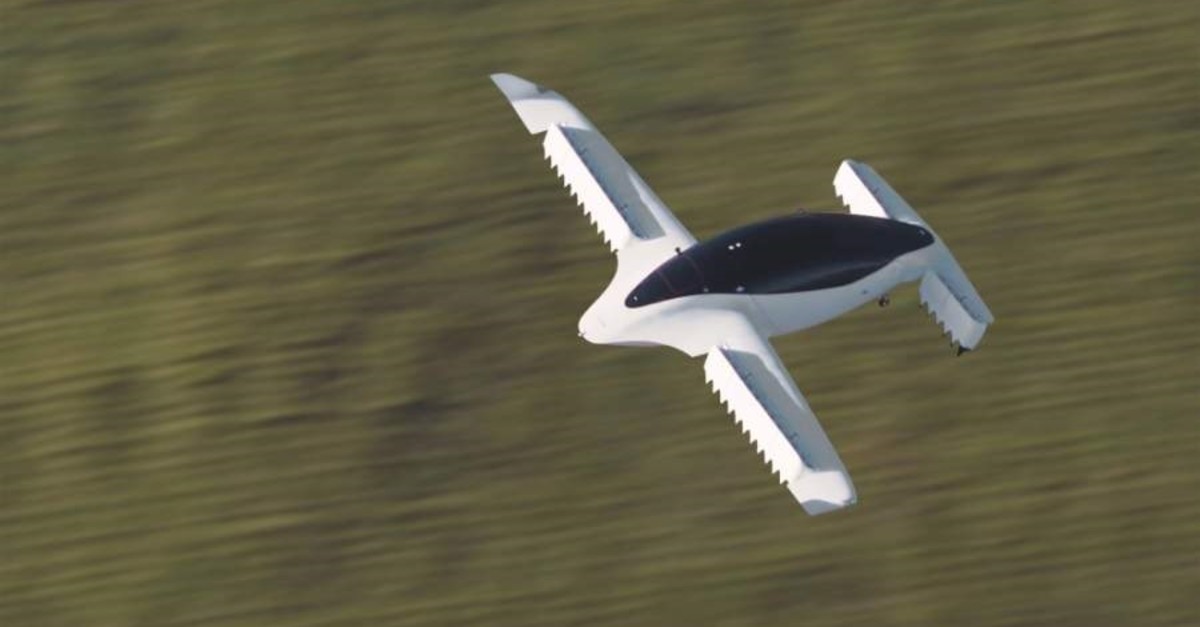 Lilium shows its five-seater prototype in Munich, Germany, October 2019. (Reuters)
by reuters Oct 23, 2019 12:09 pm
Lilium, a prototype flying taxi, has achieved speeds in excess of 100 km/h (62 mph), German developer said on Tuesday, giving it confidence to expand production capacity ahead of a planned commercial launch in 2025.
Munich-based Lilium is one of a clutch of startups working on battery-powered aircraft that can take off vertically, potentially sparing future travelers the hassle of an airport check-in or delays due to road traffic. Powered by 36 electric motors, the Lilium sports a fixed-wing design that its makers say will give it an efficiency and range advantage over more drone-like competitors, such as German rival Volocopter and Britain's Vertical Aerospace.
The test flights come six months after the five-seater Lilium first staged a test "hover" at a Munich airfield. For now, Lilium is testing its air taxi by remote control, but it will bring in on-board pilots later to be certified airworthy.
Ultimately, its creators say, the Lilium will be able to complete a 300 km inter-city "hop" in an hour, offering an affordable and emissions-free alternative to travelling by commercial airline, road or rail.
Last Update: Dec 20, 2019 1:11 am
RELATED TOPICS