Tiles, mosaics from Bandırma workshop adorn kitchens in US, Canada 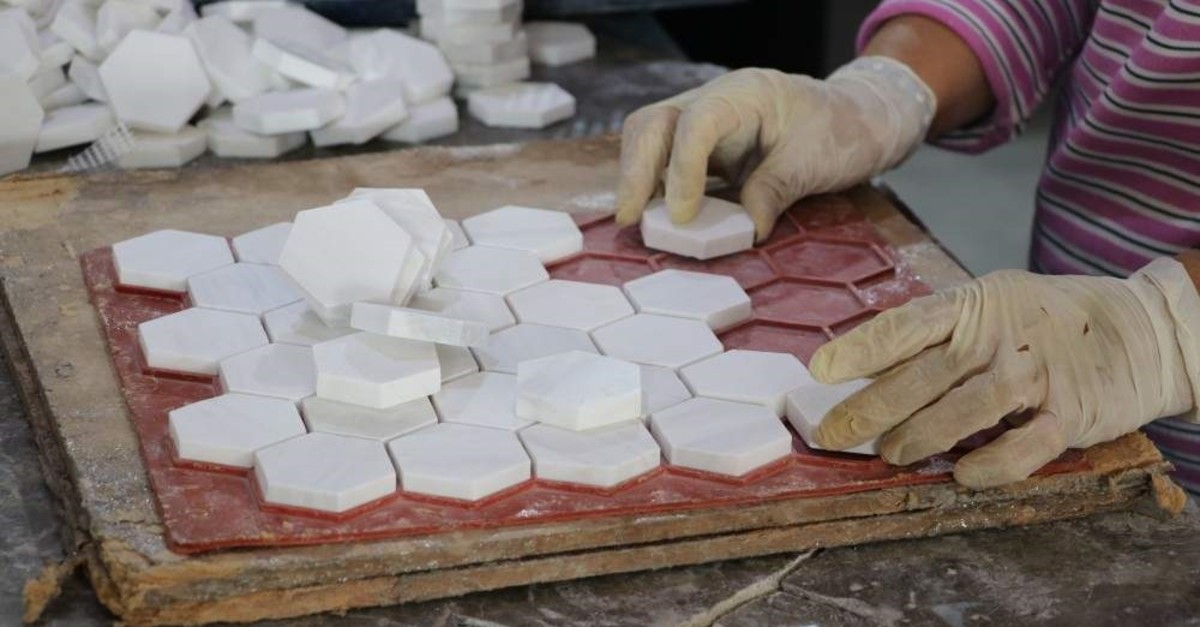 Tiles and mosaics produced for kitchens and bathrooms in a workshop in the Bandırma district of the western province of Balıkesir are being exported to the U.S. and Canada.

Mert Kilitçi, 28, who worked in some marble companies in the region, founded his own workshop in Bandırma eight months ago. The Turkish Employment Organization (İŞKUR) helped him find the workshop, which now employs 25 workers, 22 of whom are women.

Turkey is known for being very rich in natural stones, Kilitçi tells Anadolu Agency (AA). Kilitçi and his employees shape the stones and process them. Mosaic is very different work says Kilitçi.

“We produce 10,000 square meters of tiles and mosaics with an average of 12 containers per month. This is a good amount for us as we are a new business. We aim to get to 30 containers a month. We support our country with foreign currency inflow,” he adds.

Products produced in the workshop are generally used in kitchens and bathrooms, he explains, adding that they are also working on dolomite, a type of precious stone.

“We recruited the women working in our workshop with the support of İŞKUR. We have a very nice working environment and it has been nice for them as well. We receive very positive feedback. Turkish stones adorn the kitchens and bathrooms of Americans and Canadians. This is very flattering for us, we are happy. Hopefully, we will get to better points,” Kilitçi noted.

Explaining the marble mosaic processing, Çiğdem Altınbaş, Production Chief at the workshop, states that it consists of three phases of cutting, typesetting and packaging and quality control.

Pointing out that they employ the workers in the sections that they are inclined to, Altınbaş said: “Our mission here is to turn the work that women are actually capable of, into labor, so that they can make money and we can provide adequate jobs. It is nice and honorary for us to be able to send these manual labor products abroad and to employ many women. I am always in favor of positive discrimination against women, of women’s economic freedom and of their contribution to production. We support our colleagues in every issue and raise awareness.”