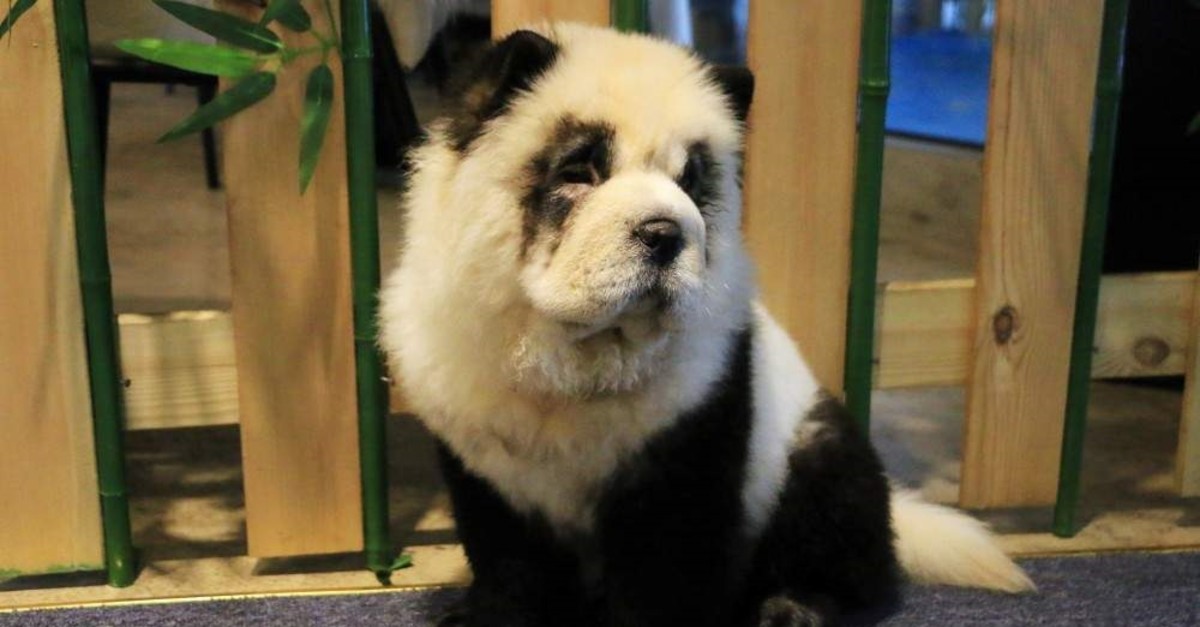 A Chow Chow dog dyed like a giant panda pictured at a pet cafe in Chengdu, China, Oct.27, 2019. (REUTERS)
by Oct 31, 2019 1:41 pm
Would you like your dog transformed into a panda?
It takes just 1,500 yuan ($212.28) at a pet café in southwest China that dyes pups in black and white streaks to resemble the animal that is considered a national treasure.
The cafe, which opened last month in the city of Chengdu in Sichuan province, has gone viral on social media after owner Lu Yunning dyed his six Chow-Chow puppies to look like pandas.
"There are many dog cafes, cat cafes, raccoon cafes, alpaca cafes and duck cafes," said Lu, as the puppies, their limbs, ears and fur around the eyes dyed black, playfully chased a fish toy on a cord. "We think they are not creative. We wanted something novel," added the 21-year-old, who estimates his cafe draws 70 to 80 customers a day, nearly doubling since he posted social media pictures of his dyed dogs.
But until now customers have been more interested in taking pictures with Lu's dogs than signing up for the dye service.
Lu said the imported dye he used did not harm the dogs, and was spread only on the upper part of their fur, rather than extending down to the base. To round out the vacation experience, the Candy Planet Pet Cafe also offers washing and hotel services.
The attention drawn by the chow-chows has not all been positive, however, with animal rights group People for the Ethical Treatment of Animals (PETA) urging people to keep away.
"Coating dogs with chemical dyes is stressful and can even cause allergic reactions on their skin, nose, and eyes," Jason Baker, its Asia vice president, told Reuters. "PETA urges travelers to stay away from any business that exploits animals for a money-grabbing gimmick," he said in a statement.