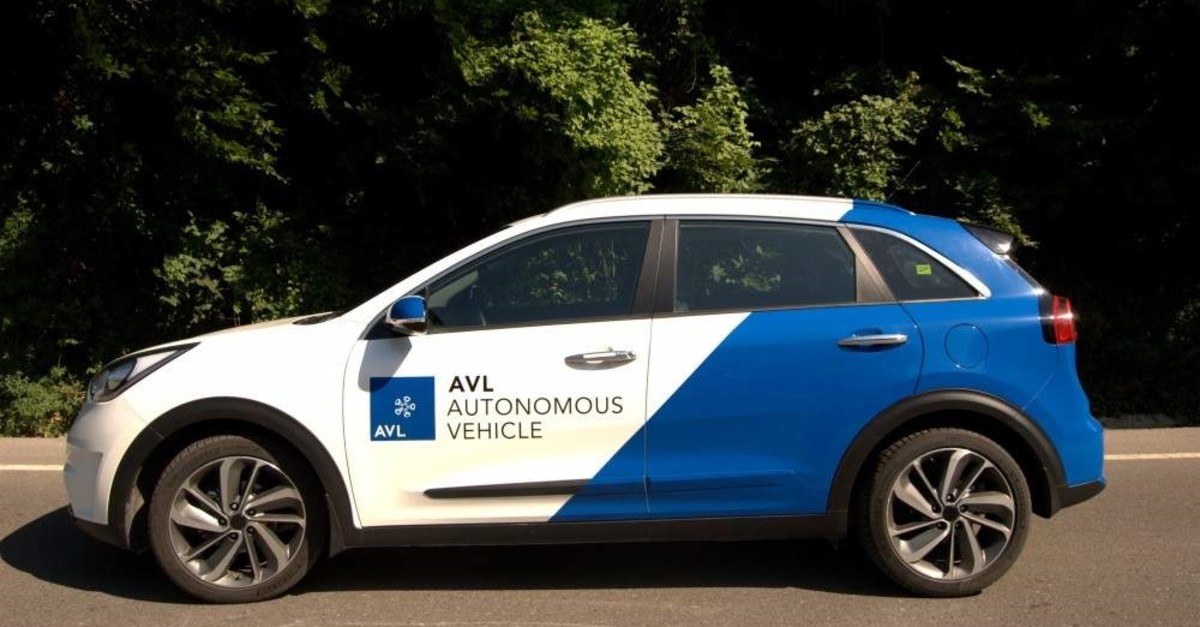 AVL, the Turkish branch of an engineering company based in Austria, has started to test their autonomous components in a vehicle.
by Şule Güner Nov 06, 2019 2:16 pm

Autonomous vehicles are the newest tech venture to spark eager anticipation. Although we know tech giants are testing their new prototypes, Turkish companies are focusing on R&D and legal issues that autonomous vehicles will bring about

Some of today's most anticipated technological developments are in electric and autonomous vehicles. Hundreds of international and local companies and startups involved in this field are looking forward to debuting their autonomous vehicles in the coming years. According to Market Watch, the global value of this market will exceed $173 billion in 2023 and continue to increase every year.

How much information do we already know about this system, called mobility, which envisages the mobile transport of people or objects? We discussed all of the underlying details of this extensive field with Dr. Serkan İmpram, general manager of AVL, a consultancy and engineering firm based in Austria. İmpram is a man of great technical skill who chose to transfer his work experiences in Italy and Portugal to Turkey, to develop “a domestic autonomous vehicle” by establishing a young team in the country.
İmpram has solid faith in the country and the youth of Turkey when it comes to software. For this reason, İmpram's views on Turkey's autonomous vehicle race are very positive. “There are many companies involved in this business, both in Turkey and in the world. Like everyone else, we are just now dealing with these issues because the race has still not been won. When you look at the world, it has returned to a race between the United States and Germany,” İmpram said.
“A very significant part of the studies carried out are activities that we can call research and development (R&D). Some issues, on the other hand, are open ended. Let's say you have developed an autonomous vehicle. How will you do the certification work? There is no such thing in either Turkey or the world. On what account will you test this vehicle and say that it can be sold? So, we are not ready right now. The legislation should progress in the meantime. But ultimately, this technology will come," he explained.

When it comes to advanced technology, if legal regulations cannot keep up with the pace of development, how and when will the legal deficiencies in mobility be eliminated, and when will autonomous vehicles hit the streets? “The automotive sector is a very global sector. You can develop and export the vehicle here or develop and import elsewhere. But everywhere, just like emission standards, the solution must have certain common criteria, which also applies to electric vehicles,” İmpram said. “We talk about electric vehicles all the time, but we have huge infrastructure problems, like the battery. These need to be solved. It is not just Turkey's problem but the problem of the whole world. Someone is currently contemplating this at the R&D level. I think the lawmakers want to see tangible outputs." İmpram continued by saying that the approaches of not putting the ready technology in the vehicles, or "just taking the autonomous vehicle out," are not options at the moment.

If mobility needs time to become equipped as automotive, which year does the calendar show, which conditions do the social and economic aspects indicate, and which country does the chance arrow point to? İmpram says that five to 10 years ago, manufacturers predicted that autonomous vehicles of Level 3 and above would be on the roads in 2020, but that this date was postponed to the 2030s. İmpram also stressed that humans should be able to take control, if necessary, of the Level 2 cars developed and tested today and that the vehicle should warn the person who is expected to take back the steering wheel, agreeing that it will take until 2040 to reach the final Level 4. “2040 is likely to be the year when everything is digital, the vehicles talk to each other, vehicles with autonomous and non-autonomous features are in traffic together, and the autonomous vehicles on my right, on my left or behind me decide in response to the maneuvers I can do,” he explained.

İmpram also emphasized that the insurance problem needs to be solved in order for the technology to mature and the vehicles to debut, pointing out that the regulations required for both autonomous and non-autonomous vehicles to drive on the same roads will take time.

İmpram noted that he also listens to some of the actors in the automotive industry, which should transform itself, saying that a fully autonomous transportation system is not possible. He said driving has both psychological and sociological implications, adding it is also a matter of generation. “If I give an example from my own life, I say to myself in the morning when I go to work, the vehicle should be autonomous so that I can read something, check my e-mails and take care of my business. On the other hand, when I go to places where the road is empty and (driving is) convenient, I also enjoy driving very much. In such times, I do not think of driving an autonomous car and watching the greenery around me," he explained.
"Today's generation does not feel like me about mobility and vehicles. They see the car literally as a vehicle that takes you from point A to point B. They are not interested in owning cars. Some say that is why automobile companies will sell less," İmpram said, explaining: “Some people look at it economically. For example, they argue that instead of paying thousands of TL for a vehicle, they can use that money elsewhere and pay TL 30-40 for a taxi when needed. Some say yes, that is why automobile companies will sell less."
However, İmpram also explained that autonomous vehicles will also offer key solutions. As autonomous vehicles become more widespread, people who cannot drive today will begin to enter traffic and 70- to 80-year-olds will start to drive from place to place, he argued. “And what does that mean? Will more vehicles be needed? Let's also say that you are going to work, and you have called for a vehicle, but your child will go to school and will also need a car, or your second child or maybe elderly mother. It is not easy to calculate how this sector will take shape,” he said.

Mobility will not just be about electric cars. Urban life includes automobiles as well as other vehicles with two or three wheels. It is expected that the automotive sector will take into account these important factors that determine the near future and will gradually evolve.

The fully mobile traffic system, in turn, needs complete digitalization, through which vehicles and devices will be able to talk to each other. İmpram made predictions about the digital-smart vehicle-road system and development process that will create the mobile traffic environment. “Currently, there are some studies about the digital road in Germany and Britain. In many states in the U.S., autonomous vehicles are allowed to be tested. However, if we are talking about a fully mobile environment, there will be places where you cannot enter by car,” he underlined. “Vehicle manufacturers will, therefore, begin to create a different portfolio from now on. They will provide a service with all kinds of vehicles, such as scooters and bicycles. Let's say you go to the city center by car. In order not to get fined due to emissions or because autonomous vehicle are not allowed to enter, you will switch to riding your scooter or bicycle and continue on your way. Imagine a service where electric scooters combine with autonomous vehicles.”