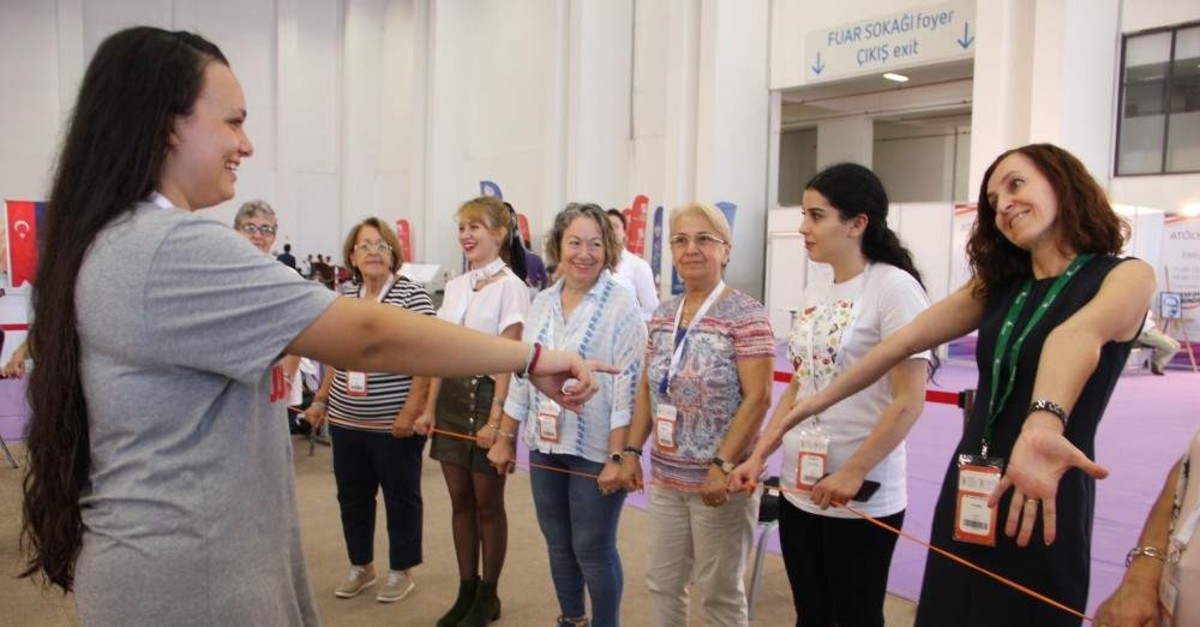 Children’s games were once universal. Children all over the world played almost the same games with minor changes. These games have been played for generations, but now, with the age of technology, children prefer to play video games instead of going out and playing with their peers.

In order to remind children of the "good old" games as well as strengthen the bond between different generations, İzmir-based communications expert Kamer Baybaş initiated a project called “When you were little and we were growing.”

As part of the project, the members of the Senior Citizens University, which is an initiative of Ege University, and students of Atatürk Vocational High School in İzmir came together to bring old children’s games back to life.

“I am working on the communication between different generations,” Baybaş said. “We decided to build an unbreakable bond between the senior citizens and the young population. We decided that children’s games are the best way to do it.”

Retired teacher Semiha Metin, 75, said that it feels good to be together with young blood again. “I am 75 years old but now I feel like I am 25 again. The project helps us to see the world from young people’s point of view,” Metin said.

Seda Yıldız, 17, said that it is the age of technology which has caused human contacts and connection to weaken. “We have learned new games here. I had no idea such children’s games existed. I feel more mature thanks to this project,” Yıldız said.