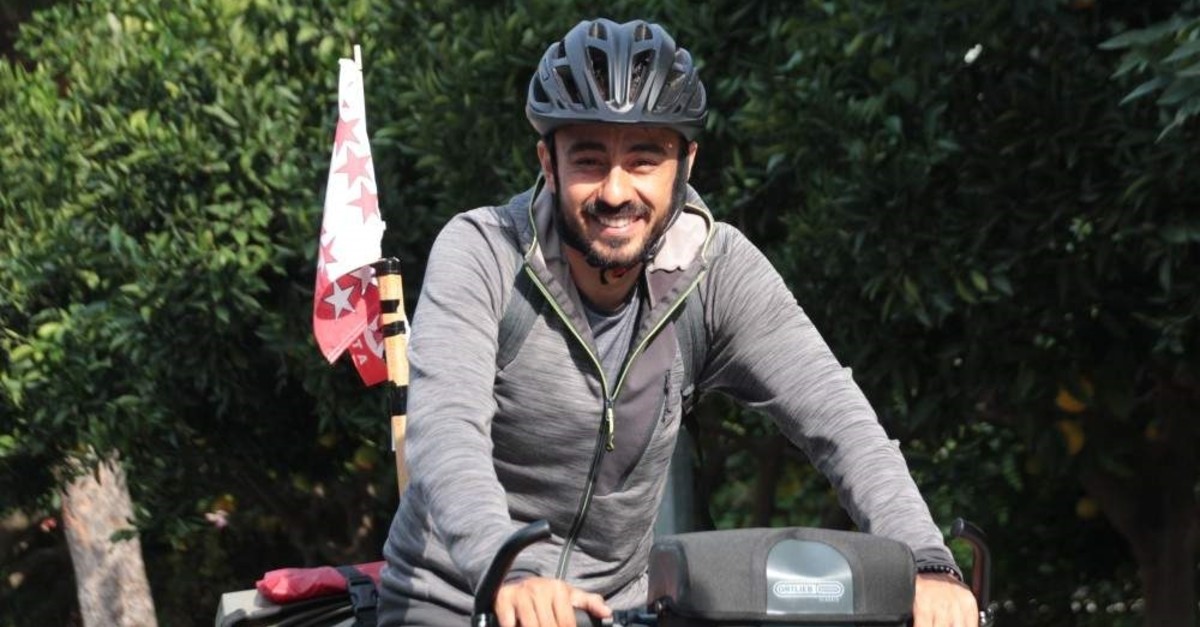 A Turkish national living in Switzerland decided to travel to Tokyo by bicycle to raise awareness for stroke victims in light of his father struggling with the disease for over five years.
Okan Çelik, who departed on Oct. 8, recently arrived in Turkey and wants to make it to Japan by August for the start of the Tokyo 2020 Paralympic Games. Çelik spoke to Anadolu Agency (AA) about his trip while attending the 55th National Neurology Congress in the Mediterranean province of Antalya.
"My trip was fine. When people notice that I'm biking for such a reason, they support me," he said.
He said he was very much affected by his father's illness and problems. "It was very difficult to see my father like that. I came up with the idea of helping other sick people, those who don't know how to cope. For that reason, I began cycling to spread awareness."
He shares photos and videos online that he has been taking during his trip. "Until now, I have biked 2,500 kilometers and passed through nine countries. I will have passed through 19 countries in total and biked 13,000 kilometers by the time I arrive for the Tokyo 2020 Paralympic Games," he said.
He said doctors have stressed that the most important thing regarding the disease is early intervention.
"If you can't move your hand and arm, you can't talk and the corner of your mouth is drooping down, call an ambulance immediately. Don't waste time because that first hour is very important. If you don't take care, you can become paralyzed and maybe even die," he said. "This is my project. Maybe I can save a life by creating awareness about this issue."
Çelik's next destination is Gaziantep and after staying in his hometown for a while, he will continue on his journey to Tokyo.
Last Update: Dec 20, 2019 1:56 am
RELATED TOPICS