Prosthetic arms with AI hope for the disabled 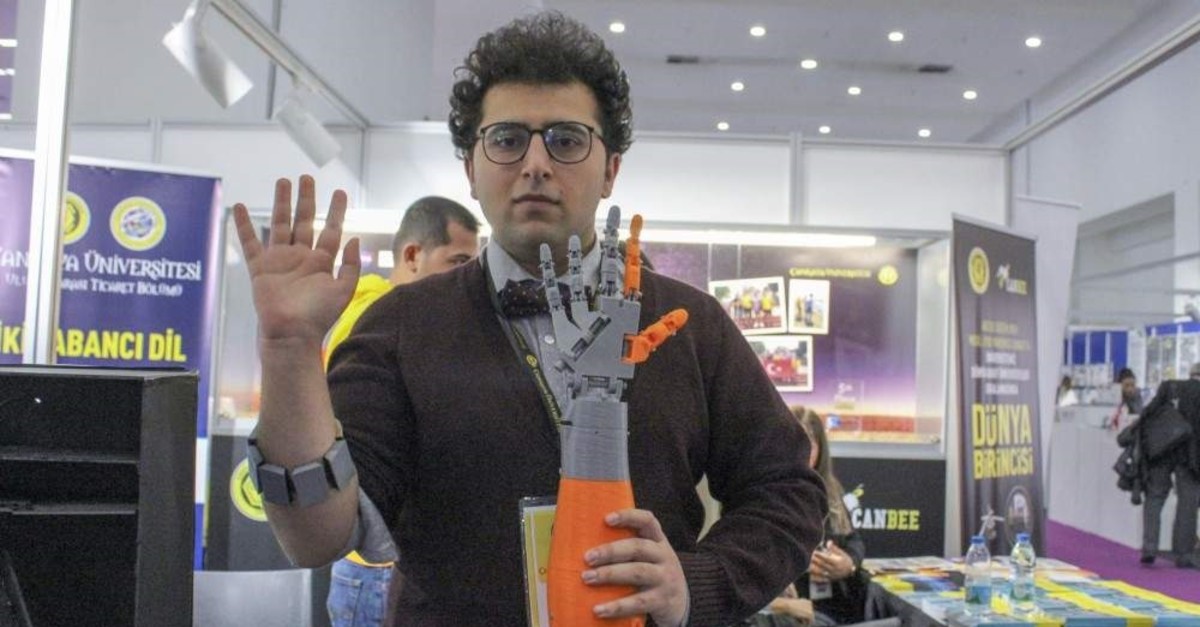 Yusuf Çalışkan, an engineering student at Çankaya University, has invented a prosthetic arm that functions using artificial intelligence (AI). The arms work in two phases – digitally and physiologically – said Çalışkan, and can be used regardless of age.

Çalışkan first developed a code that takes brain signals for the arms and transfers them to a digital platform. He then built the prosthetic arms which can decode the signals using AI. The fingers of the AI-powered prosthetic arms have a force of 11 kilograms, allowing them to function like real limbs.

Commenting on his innovation, Çalışkan said, “When we start mass production, I want to help war veterans and children free of charge.”