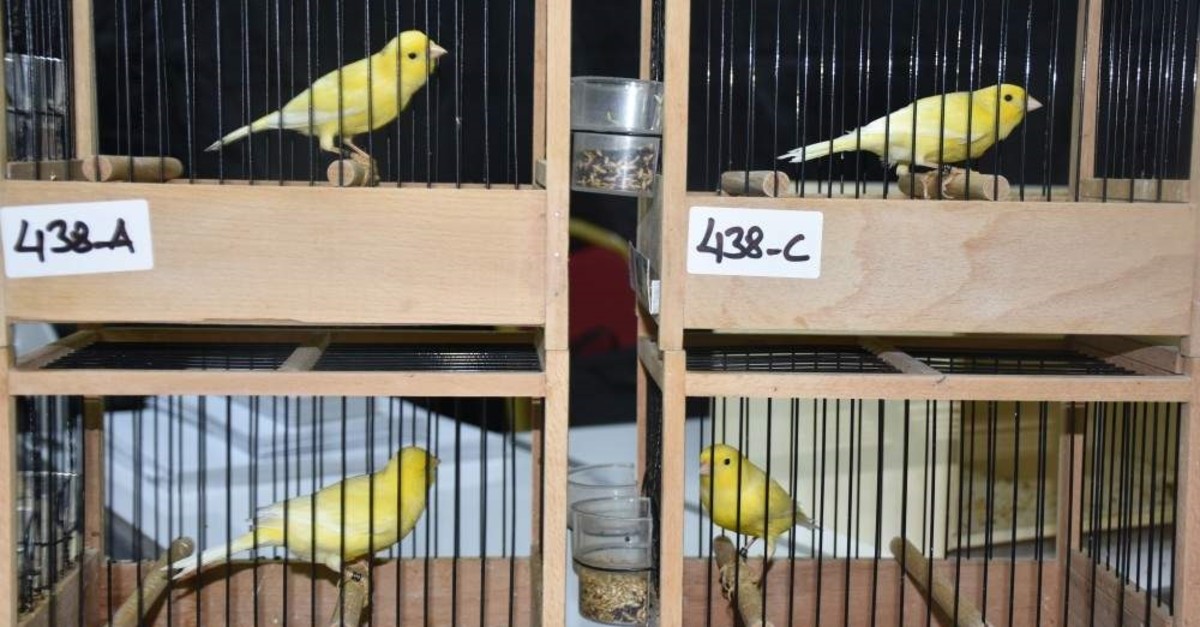 Canaries wait for their turn at a competition to sing the best tune. (AA Photo)
by Anadolu Agency Dec 08, 2019 5:22 pm
A competition held for the first time, in which canaries show off their singing talents in front of a panel of judges took place in Ankara, seeing 750 canaries from all over Turkey battle it out for first prize.
One-by-one, the canaries tried to impress a selection of Belgian and Spanish judges, who eventually landed on a winner when Kayseri-based bird breeder Ali Kahraman presented them with his Malinua breed.
Speaking to an Anadolu Agency (AA) correspondent following the winner’s ceremony, Kahraman, the owner of the champion canary, said he has 150 canaries and has been breeding birds since he was 16 years old. Kahraman said that the canary won thanks to a lot of hard work: “We have been preparing for the competition for the last two months. I first get the canary used to people and train it to sing in front of people. I also helped the canary adopt a different diet.”
Last Update: Dec 20, 2019 2:13 am
RELATED TOPICS