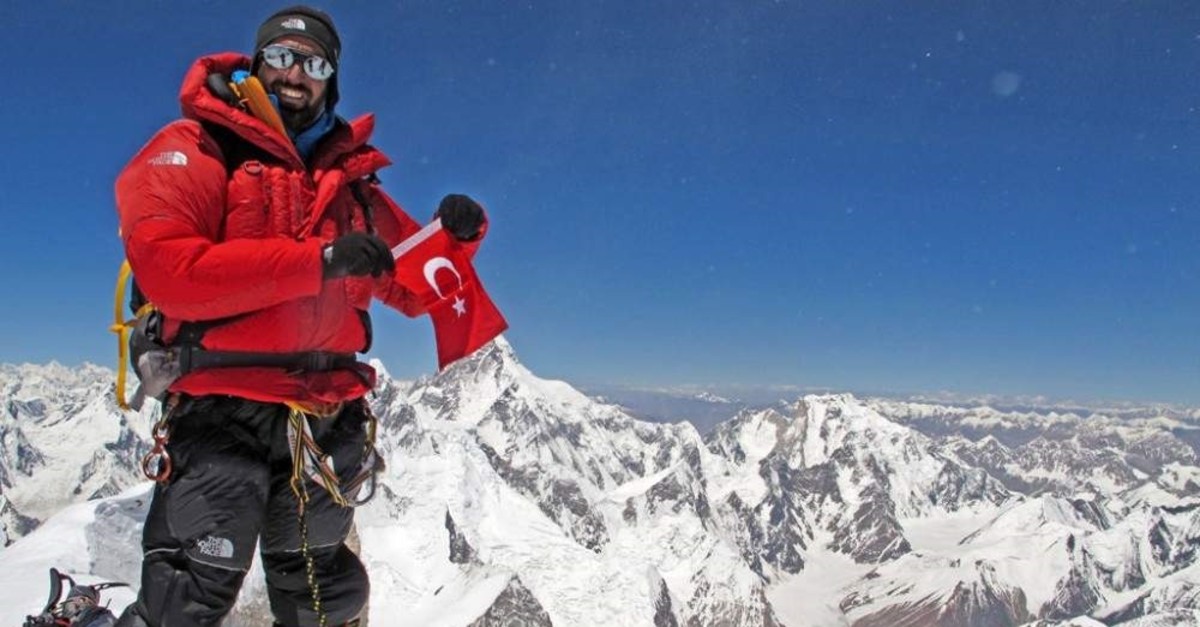 by Daily Sabah with AA Dec 15, 2019 3:13 pm
Climbing to the top of Mount Everest without supplemental oxygen is no easy feat, but mountaineer Tunç Fındık says he’s ready to take this risk to become the first Turk ever to do so.
Apart from being the first Turk, Fındık would also become one of the select 150 who have made the ascent to the top without oxygen tanks.
But why is this climb such a big deal?
To put things into perspective, Mount Everest stands at a staggering 8,848 meters (29,029 feet) above sea level on the border between Nepal and the Tibet Autonomous Region. To climb the Earth’s highest mountain without oxygen cylinders poses great health risks to the climber as the ascent to the summit is not only a very daunting physical challenge but also a mental test. A person’s oxygen intake at the summit falls to less than one-third at sea level, which really affects a person’s ability to think clearly and take swift decisions. The climb can also be unpredictable with steep icy slopes, danger of avalanches, and extreme colds.
Acclimatizing oneself to the low oxygen levels further up the mountain can also get the best of even the most experienced mountaineers, forcing them to turn back.
Fındık, who has climbed 13 mountain summits of altitudes over 8,000 meters, said climbing up Everest without oxygen would be the hardest thing he has ever done.
Speaking to Anadolu Agency (AA), Fındık said in 2006 he launched a project with the aim to reach the top of the world's 14 tallest and most treacherous mountain peaks, all of which are above 8,000 meters.
Dubbing it the “14x8000,” Fındık said he currently has only one mountain left to cross off his list: Everest.
"So far 8,000 people have climbed Everest. However, only around 150 people have reached the summit without supplemental oxygen. My climb will be an important step for sports history and mountain climbing,” he said.
He also said he believed that his Nanga Parbat climb in June next year would be a great contribution to the world of mountaineering and Turkish sports as well. As one of the world’s tallest mountains, it has also been nicknamed the “Killer Mountain” for its high number of climber fatalities.
Stating that risks have always been a part of his life, Fındık said that he is prepared to take this leap but that he would also be very careful not to miss any signs of danger as not to risk his life.
“That is why being experienced is important. Mountaineering is a controlled risk sport and I will try to manage these risks as much as I can."
Fındık said his past experience and two previous climbs up Everest using different routes gave him more than enough confidence to accomplish this goal.
The 47-year-old added that he was still looking for a sponsor to fund his attempt to climb Everest with no oxygen.
Last Update: Dec 20, 2019 2:23 am
RELATED TOPICS