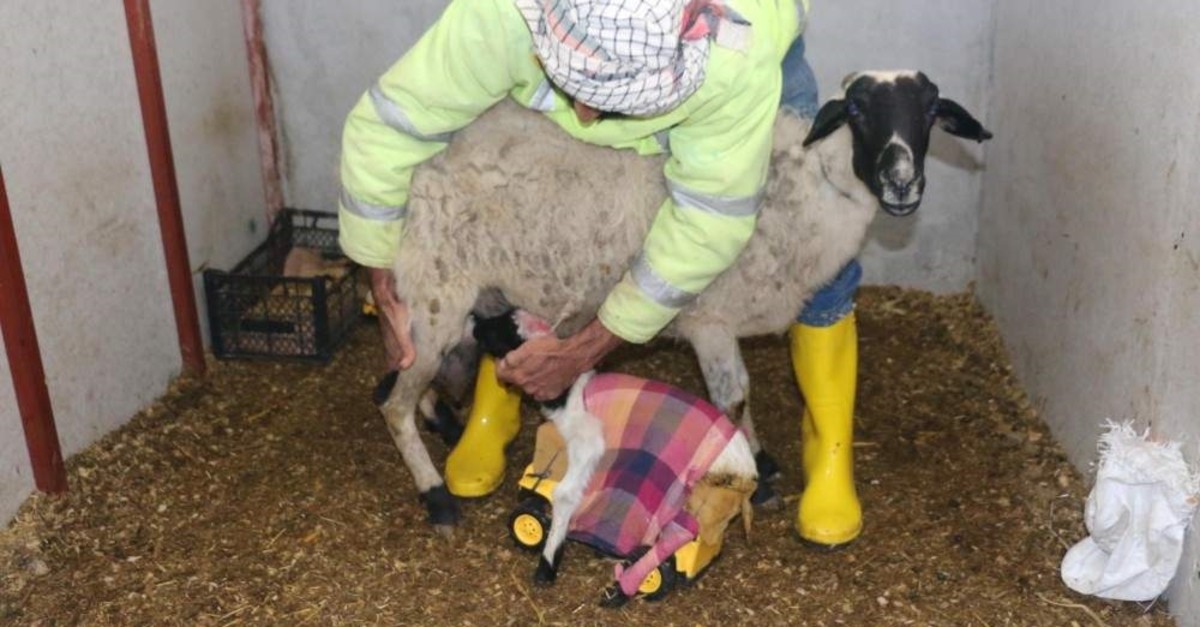 Kaya says the truck helps the lamb stand upright and feed properly. (DHA Photo)
by Daily Sabah with AA Jan 05, 2020 1:44 pm
A Turkish stockbreeder in the Saruhanlı district of Manisa province is warming hearts across the country thanks to the lengths he is willing to go to make sure one of his lambs can feed and walk properly.

Şans (or Luck) was born on Dec. 20 at Kılıç Kaya's farm in the rural village of Paşaköy. The newborn sheep was frail and even after two days she still couldn't stand upright, according to its owner. When the lamb finally managed to get up, she then struggled to remain upright enough to nurse on her mother.

After a veterinarian told him that in order for the lamb to get the nutrients she so dearly needed it had no option but to stand upright, Kaya decided to use his son's toy truck to act as a kind of walker on wheels that would assist her. He placed soft sponges on top of the truck so it wouldn't dig into Şans, strapping them to the bottom of her belly with some cloth to support her legs.

"It would have been easy to just slaughter the lamb after it was born, wait for it to die or stay indifferent," Kaya said, "However, ultimately, we love animals... In this world, animals have as much right to live as we do," Kaya said, vowing that he'd do whatever he could to keep Şans alive.
RELATED TOPICS