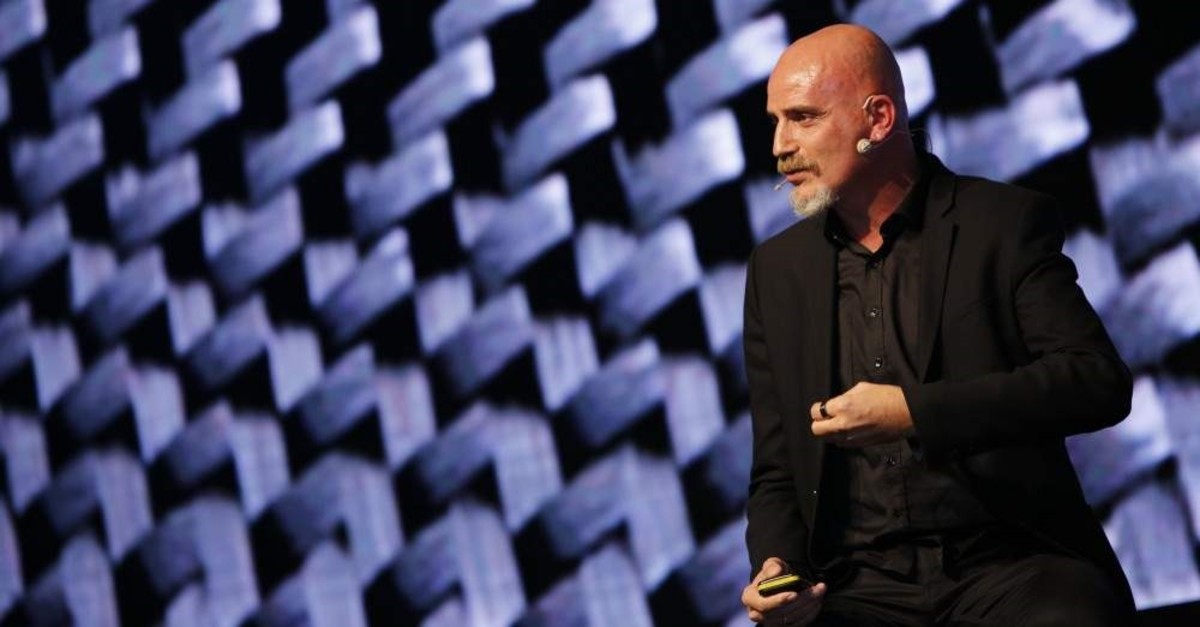 With the introduction of Industry 4.0, ovens, washing machines and dishwashers have become more than just home appliances. In the digital world, these increasingly smart devices are now connecting to other home and mobile devices and "talking" to each other, making our lives easier while adding huge value. The whole design process for these devices brings together various fields of science and business, creating the perfect environment for collaboration with designers. Using neuroscience to shape the design of the product, designers are referring to marketing technology (MarTech) to make critical decisions, such as when a product should be launched, and manufacturing technologies to make the product usable with digital applications.

This process from design to end-product is quite difficult but also enjoyable. Above all, this process is quite new for us users. So, I had a chat with Serdal Korkut Avcı, the industrial design director of Arçelik, about how this new process developed in the area of digitalization.

Avcı explained the local-regional differences in design, pointing to the fast and strong East Asian market looking for serious competition in northern and southern Europe. "In the past, we used to say 'Chinese-made' with disdain; however, as major brands made great investments and launched startups in the name of design and production quality, the picture changed. Today, there are more than 1,500 design schools in China, where it is possible to find talented local designers, though not as cheaply as before," Avcı said, adding that in Europe, designer resources can be even more expensive than procurement. Recalling that some design studios that were based in Europe and developed their design concept in this culture went to East Asia and established local studios, he stressed that it is very difficult to find a designer with both the curiosity and the talent to produce the quality sought after.

"Meanwhile, the quality of the work began to dominate. Today there is a slightly different customer perception in the Chinese market and the regional markets in general, and now the money is circulating there because these markets are not fully saturated," Avcı continued. "Since Europe has come to a slightly different awareness, the products that are good in Europe are premium, less harmful to the environment, simpler, more functional and do the job, while the products in other markets are a bit more luxurious and showy, which is a bonus."

"Our studio generally has more of a Western and Northern European perception of simple design. But, of course, this is not an imposition – we collect data for each market and design products accordingly. If we are going to make a new product, we have to internalize it within ourselves. Today, our colleagues at the design center are working on the design for a minimum of one or two years. We relay them to the teams after they are developed. Sometimes it turns into 'Let's check this out later.' Sometimes they can be shelved," he said.

Avcı underlined that with the development of science, product designs are shaped based on data. Highlighting a method called neuro eye-tracking used in marketing, Avcı explained that in this technology, an electroencephalogram (EEG) device that detects brain waves is attached to the user's head, and a pair of glasses that works simultaneously looks at the user's pupil and records his or her movements. "The user is given a task. Where does he look at the user interface when doing that task? How many seconds did he look at each point? Apart from the interpretations to be given at the level of consciousness, we try to capture human reactions in the subconscious and simplify them in a way that people can use them comfortably," he further stressed. "In my opinion, the design will certainly proceed in the direction of this data. We use systems that constantly collect data and learn people's habits with the help of artificial intelligence. My view is that IoT (internet of things) will eventually evolve into AIoT (AI of things)."

Avcı said that they are currently working on a digital oven that differs from its competitors and that this oven will have 150 programs that can be controlled from a smart vehicle. "We are also trying to simplify the display of the oven screen because, when people look at a product's screen, they pull back when they a crowded interface," he explained. We went and talked to the chefs. They also agree. We created the idea that 'Ovens do not even have 14 programs, but I give you a 150-programmed oven that you can control from a smart vehicle.' When we showed this to our affiliates abroad and our friends who will make the sales, they said 'We want this,'" Avcı noted.

"We also have an ecosystem we are trying to create, called HomeWhiz. I think the third version of HomeWhiz will be available at the end of this year or the beginning of next year. We first launched it to use applications to control household items remotely. But technology is developing so rapidly that it is necessary to be able to make the connection from the outside. Therefore, when light, lamps, air, air quality and security issues came into play, it became a project called Gateway. Gateway has transformed it into a smart home working within HomeWhiz."

Designer of the first domestic dishwasher

Avcı started to work in Arçelik in 1993 as an R&D design engineer. Subsequently, as product development manager, he designed Turkey's first domestic dishwashing machine, Turkuaz. In the following years, Avcı left Arçelik and founded his own design company abroad. In 2009, Avcı became the head of the industrial design team of Arçelik. Since 2015, he has been serving as the industrial design director of Arçelik.

Avcı stated that one of the most pressing issues in the trends this year is limited or wider artificial intelligence systems. "When you are setting up some programs, it is essential how you give those programs, but maybe instead of squeezing the cotton program at 45 degrees at 1000 RPM, it is something else to say, 'I have this kind of fabric, it is slightly dirty and I want it to be dry at this level.' It is a different user experience where we have difficulty convincing users," Avcı said. "Based on user experience and testing, we see that two programs are used in the washing machine. You specify the level of pollution, demand a level of dryness, and ask it to spend less energy. However, such a product is yet to exist in the market. Perceptions are shaped by habits."

Suggesting that the coming period is moving in a direction where voice control will be dominant, Avcı said they cooperate with many dominant players in this field, such as Amazon and Google. "I, on the other hand, think these intermediate devices will disappear in the future. I am guessing that these will be replaced by virtual assistants, such as Bixby, which can work on a smart device, like Samsung is working on, in the product electronic system network," he continued. "With Bixby, Samsung can now control the oven when it enters the kitchen. We also offered a service called Amazon Fire TV this year. Amazon made a deal with Grundig in only Turkey and Europe for the Turkish market and German market. With Amazon Fire TV, you can give commands by talking directly to the television without any other extra device."

Pointing out that they are involved in every aspect of sensor technology, Avcı said it is important to invest not only in technology but also in people who will be the source of development. "We make significant investments in our friends who have the basis of electronic design that can improve sensor technology. We also receive support in production technologies. We design products and services that will make life easier in the home environment," he said, adding: "However, any product we make must have an application. We evaluate the different sources that design the scenarios for the use of digital media on this product."