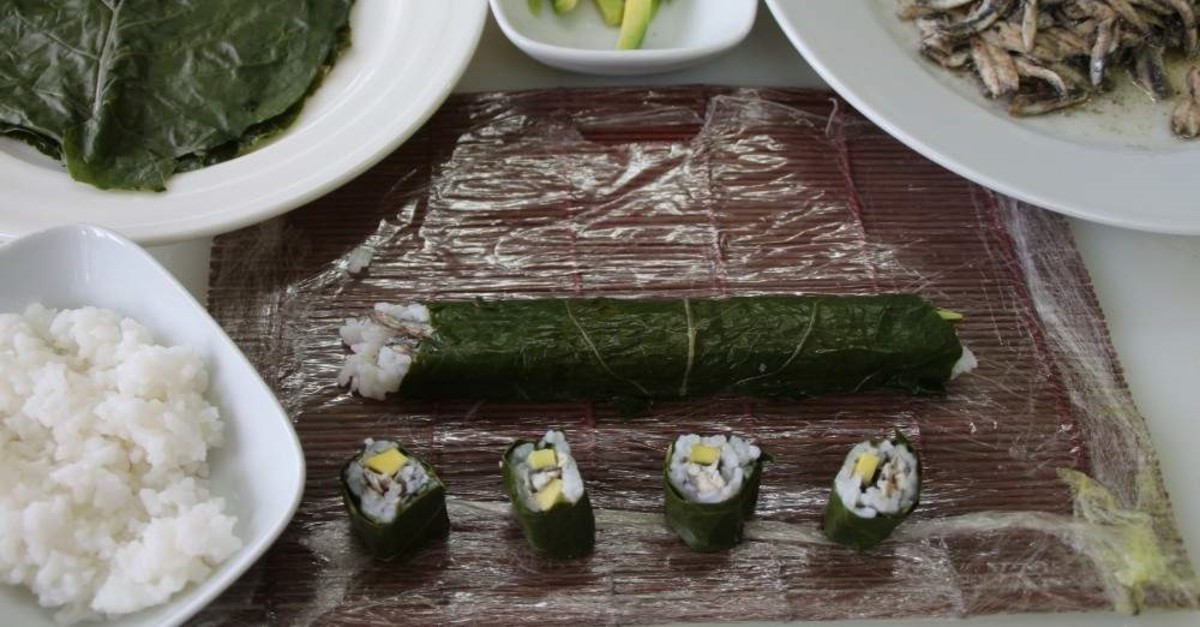 A Turkish student has taken a rather unconventional take on Japan's most iconic dish, infusing the traditional delicacy with elements of Black Sea culture.

Dilara Türüt, a student at Ekrem Orhon Vocational and Technical High School in northern Rize province, said she came up with the idea after thinking about ways to serve sushi that would better match the taste palate and culinary specialties of the Black Sea region.

"I asked myself 'why shouldn't there be anchovy sushi?' and came up with the recipe. I first served it to my teachers and friends. People from Rize who tasted it also gave me positive feedback. It was out of the box but it quickly proved a hit," she said.

Sushi is traditionally made out of vinegared rice, raw or cooked fish and vegetables wrapped in a sheet of nori (seaweed), but Türüt decided to swap out the outer layer with boiled black cabbage and use the region's famed fried anchovies (hamsi) to go with the rice, complete with chunks of creamy avocado.

Rolled with the aid of bamboo, Türüt's rolls have already racked up quite a lot of attention, with nearby local restaurants asking for the unorthodox recipe.

Türüt said although she was very flattered by all of the attention, she will not be sharing everything about her recipe as every chef has their own secrets that make their specialty dishes pop.

The 17-year-old said she will continue to work on interpreting dishes belonging to other cultures to better fit Black Sea cuisine.