Boza: A wintry treat journeying from ancient Mesopotamia to the Caucasus, the Balkans and beyond 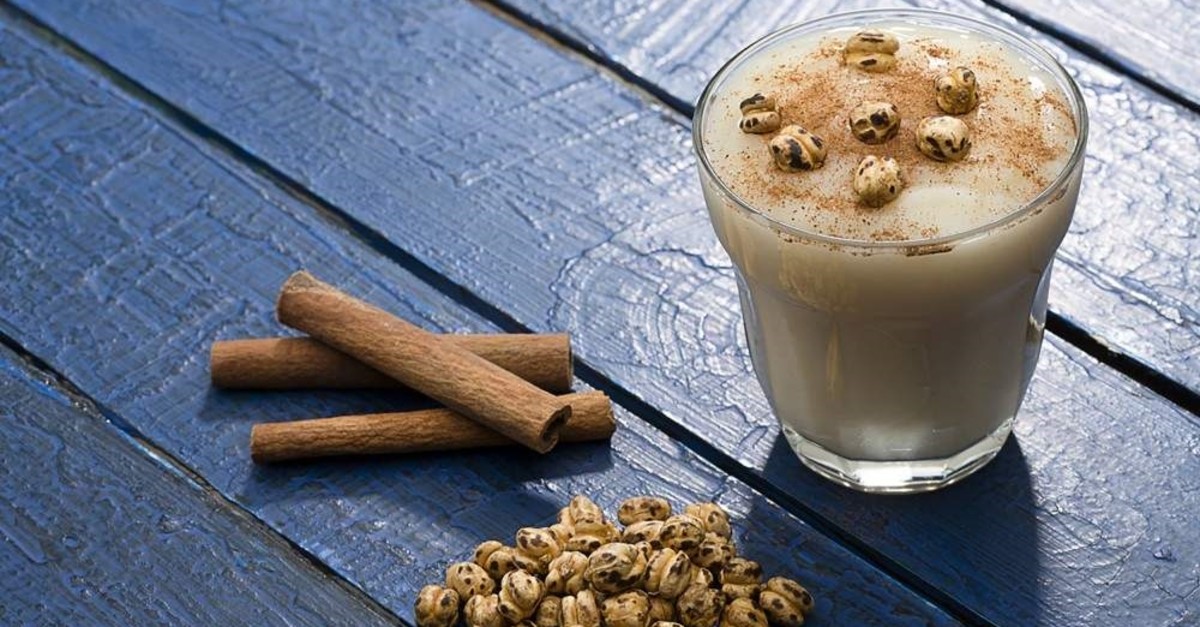 Boza is a traditional soft drink whose appearance signals the arrival of winter for many Turks and although the call of the boza sellers echoing throughout the streets is no longer a thing, we inherently seek that familiar blend of sweet and sour.

Nowadays, we rarely hear the cry "bozaaa!" from vendors who used to walk the city streets across Turkey, offering residents a sample of this winter treat, especially during the cold nights. Around 15 years ago, this was a familiar call that made the mouth water for the taste of this delicious traditional fermented drink, whose history can be traced back as far back as ancient Mesopotamia.

To taste the quintessential, authentic version of the drink, however, no time machine is required – we can still sample the original drink from several historic boza outlets scattered across the country. However, this is strictly a winter treat, making it only available during the cold months.

The journey of a drink

We can trace boza's origins back to ancient Mesopotamia some 8,000-9,000 years ago, yet the drink is still loved and consumed to this day, showing us that it has stood the test of time – and has surely had an interesting story along the way.

The Greek historian Xenophon talked of boza having made its way to eastern Anatolia in 401 B.C, offering interesting insights into its production, involving clay pots that were then buried underground. At the same time, the drink had already spread east from Mesopotamia to be enjoyed by old Turkish tribes in central Asia, the Persians and even as far as China, while its northward migration saw it gain popularity among the people of the Caucasus region as far as the Volga Basin. Boza is a beverage that carries pieces of all of each of these cultures, however, boza's popularity is most evident in areas shaped by Turkish migration, from central Asia to the former khanates and areas previously under the Ottoman influence.

Boza uses different raw materials, including corn, barley or flour, depending on the region. The drink is rich in protein and vitamin B. It can be made sour or sweet according to the drinker's preference. Adding roasted chickpeas on top is also popular. Despite being a winter drink, it is usually served cold.

The name has several variations, the Seljuks having called boza "bekni," it was however referred to in the first Turkish-Arabic dictionary published by Mahmud Kashgari at the time as "buhoun."

Historical travel books have also mentioned the drink, calling it an important part of daily life. In his book, 14th-century Moroccan traveler Ibn Battuta said the Turks in the Kipchak region consumed a beverage he referred to as "buza."

Similarly, in 1436, Venetian traveler Giasaphat Barbaro, on a journey through Russia, wrote that the Turks there drank something called "bossoi." German traveler Niebuhr noted that the drink had traveled from Cairo to Eastern Anatolia during his travels between 1701-1767.

Boza was also a popular beverage during the Ottoman era. Famous Ottoman explorer and writer Evliya Çelebi mentioned that boza was consumed throughout Anatolia in the 17th century and that there were around 300 "bozahanes," or taverns dedicated to boza, in Istanbul.

Boza has traveled far and wide through various cultures and become an indispensable part of the winter for many around the globe. It may not be everyone's favorite, but it certainly gives one a sense of nostalgia about a good old-fashioned winter. There may be fewer boza sellers walking our streets at night, but we can easily buy one from the market these days. If you happen to drop by the famed Vefa Bozacısı, which is also located on the historical peninsula in Istanbul, you can drink an authentically brewed boza at your leisure.

Mostly, the place is so swarmed with boza lovers that one has to sip their produce outside. Rabia Koyuncu, one visitor who arrived to taste the drink with friends said: "This historical bozahane is the first thing that comes to mind when you say boza. It is the ideal place to have fun with friends or family, especially during the winter months."

Surely, there are many reasons to love this drink. You must come to your own conclusions. Perhaps the most important role it plays is as a way to warm up while catching up with friends on a cold winter evening. We may not know how its taste has evolved over the years, but the delicious modern-day version still brings back warm memories for many. Bon appétit!