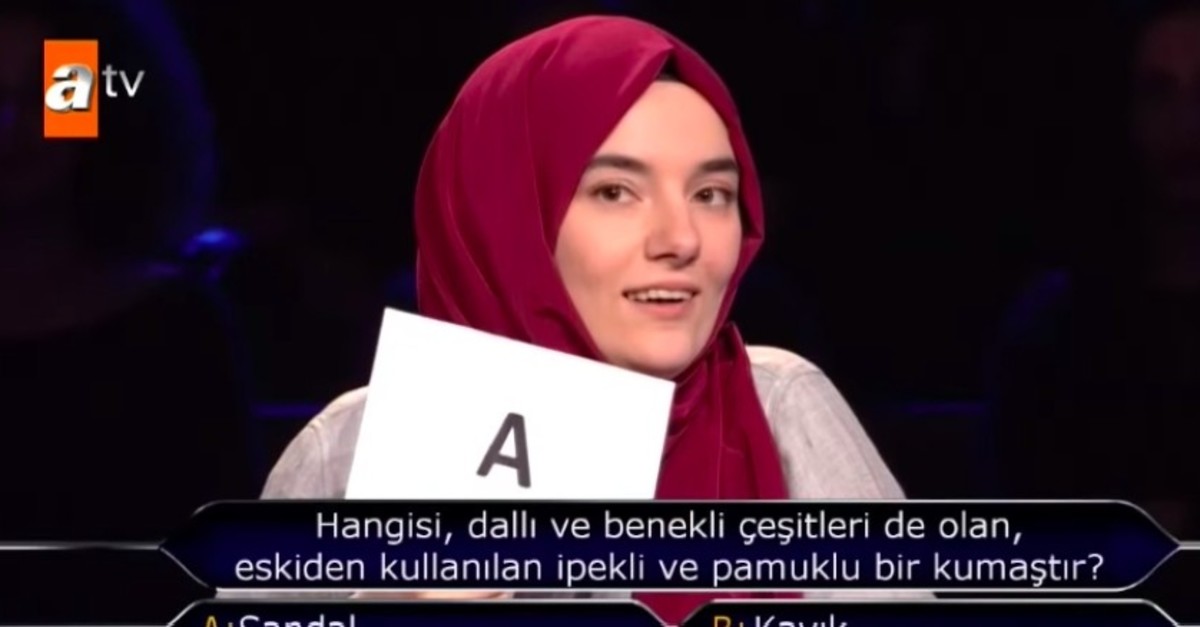 This week's episode of the Turkish version of "Who Wants to Be a Millionaire?" has warmed hearts across the country after hosting its first mute contestant.

27-year-old Ümmü Gülsüm Genç, who was also the first disabled contestant to appear on the show, walked away with a total of TL 125,000 in winnings having correctly answered 10 questions.

Genç holds a degree in environmental engineering from the northeastern Artvin province and lost her ability to speak as a result of an inflammatory disease suffered at the age of four.

First-ever mute contestant on "Who Wants to be a Millionaire" proves to Turkish audience that disability doesn't hold her backhttps://t.co/w234X0A35s pic.twitter.com/wtEvoZaneU

During the program, Genç communicated with host and famed actor Kenan İmirzalıoğlu by writing on a small whiteboard.

The young woman's strong performance and positive attitude drew praise from Turkish viewers, who flooded Twitter to wish her luck.

Most users lauded Genç's appearance on the program as a means of having raised awareness and challenged misconceptions about those with disabilities.

President Recep Tayyip Erdoğan congratulated Genç in a video conference on Instagram on Sunday. In the conversation, the president asked about Genç's career and university education, while wishing her success.

Erdoğan said his colleagues surprised him by calling the successful woman, who made headlines after the show. 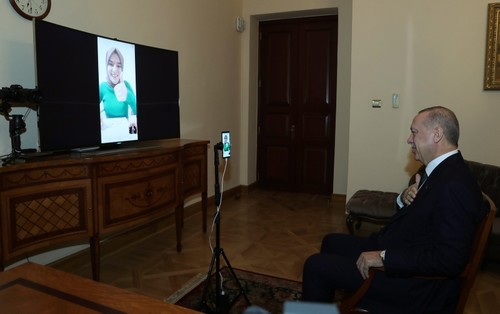 "I am very happy to have the opportunity to meet with Ümmü Gülsüm. Greetings to your mother, father and the whole family from me," said Erdoğan.

The president also invited Genç and her family to the Presidential Complex Ankara.

Sharing a video of his meeting with Genç on Twitter, President Erdoğan praised the young woman for her positive attitude and knowledge.