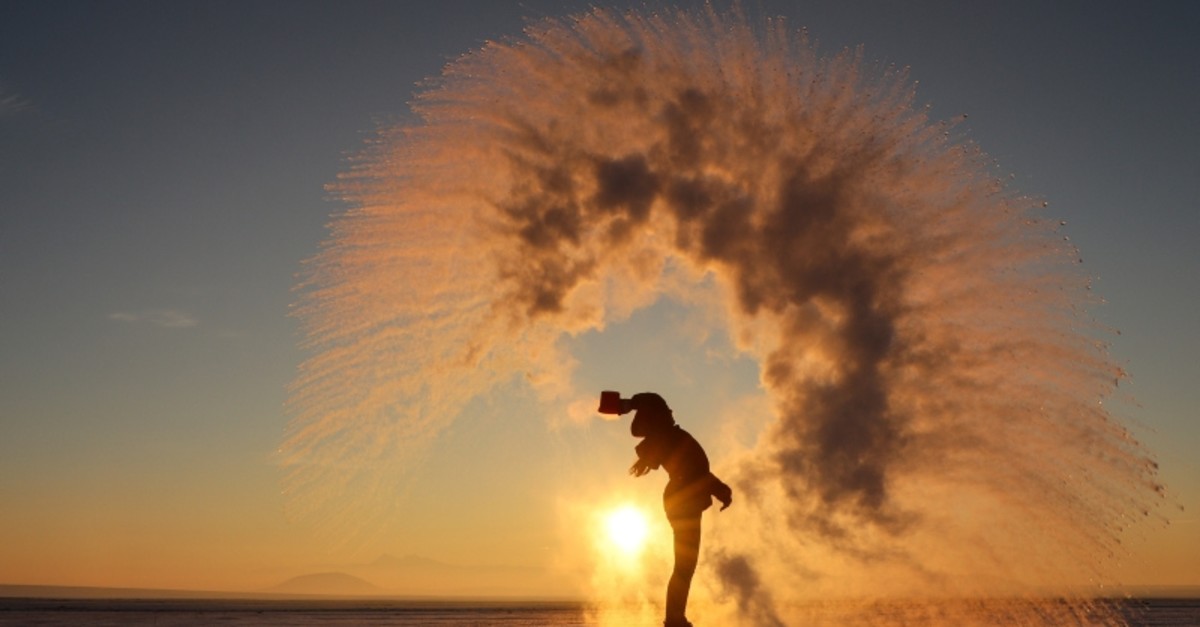 It is so cold in parts of Turkey's east that people in Kars can officially join in on the viral winter phenomenon – throwing cups of water into the air to create stunning images.

With temperatures hitting below minus 20 degrees Celcius and pipes, lakes and streams freezing over, the locals of Kuyucuk village in Kars' Arpaçay district have been forced to find creative ways to enjoy the bitter cold and entertain themselves over the semester break. Their latest idea has been to participate in a viral social media trend known as the "Dubak" challenge, which comes from the Russian slang word for intense cold. As part of this challenge, people toss cups of boiling water into the air, which quickly crystallizes into ice and snow before it hits the ground, resulting in incredible photos and videos.

National Geographic says the result comes from the Mpemba effect and because of how fast boiling water can evaporate. "Because they're so hot, those tiny water droplets start to vaporize. But since cold air can't hold as much water vapor as warmer air, the water condenses. Extremely cold temperatures quickly freeze the water droplets, which fall as ice crystals." 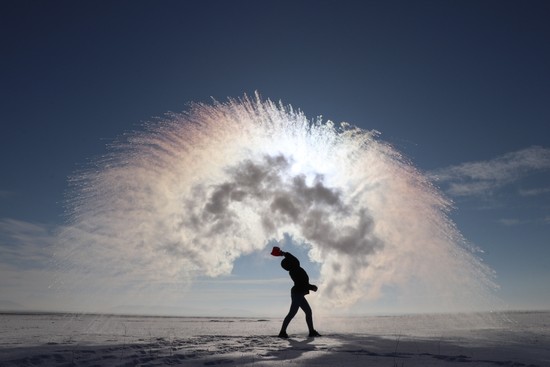 Speaking to Anadolu Agency (AA), Elif Kaplan said the pictures were fun to create, but that it was so cold that even their hair and eyelashes froze when they stood outside for even a short amount of time.

However, a word of caution for our readers who want to join in on the winter fun: be careful when handling boiling water so you do not get burned.