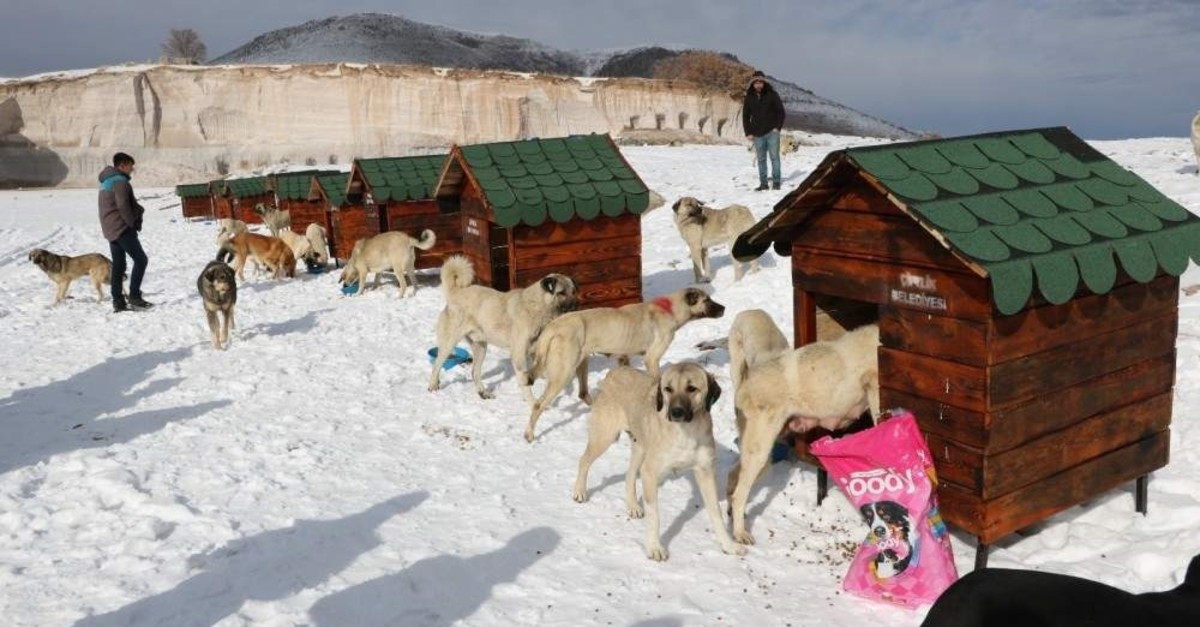 by Daily Sabah with AA Jan 27, 2020 5:15 pm
The mayor of a small rural town in the central province of Niğde has designated an area of the surrounding district as a "Dog Village."

Çiftlik Mayor Serkan Güzel recently ordered special caves to be carved out of the slopes of currently unused land, which used to serve as a landfill area, to provide shelter for 65 of the area's strays.

The aim is to offer the hounds a helping hand to keep sheltered from the area's harsh winter climate.

In collaboration with a local high school, 10 small, wooden kennels were set up in the area, along with a sign that read "Dog Village." The principal of the local high school, Abdullah Demir, said they took part in this project to act as a voice for the hounds, who were evidently suffering in the cold.

Güzel told journalists that thanks to the support of the students, they are now able to offer more chances to shelter the canines, with the mayor adding that not only had they provided a warm place for them to stay but were also distributing food and water.

"When we were trying to come up with the best way to provide shelter for these strays, we decided to declare a place a designated dog village," Güzel said.

Pointing out that the municipality would be providing food five days a week, Güzel said they were also making use of leftover food from local hospitals, dormitories and bakeries to reduce waste while offering the animals a nutritious treat.

"In the last two days, animal lovers have come along to feed them. No animal is left hungry or exposed out in the open."

Güzel also said they were neutering 10 animals a week in the animal shelter, which is operated by the Niğde Municipality and aims to combat overpopulation, and thanked the mayor of provincial capital Niğde, Emrah Özdemir, for his support. Güzel stressed that they would continue to work continuously to improve conditions for the furry residents of the newly founded village.
RELATED TOPICS