Love, cuddles and hormones: How oxytocin shapes the way we bond and build trust 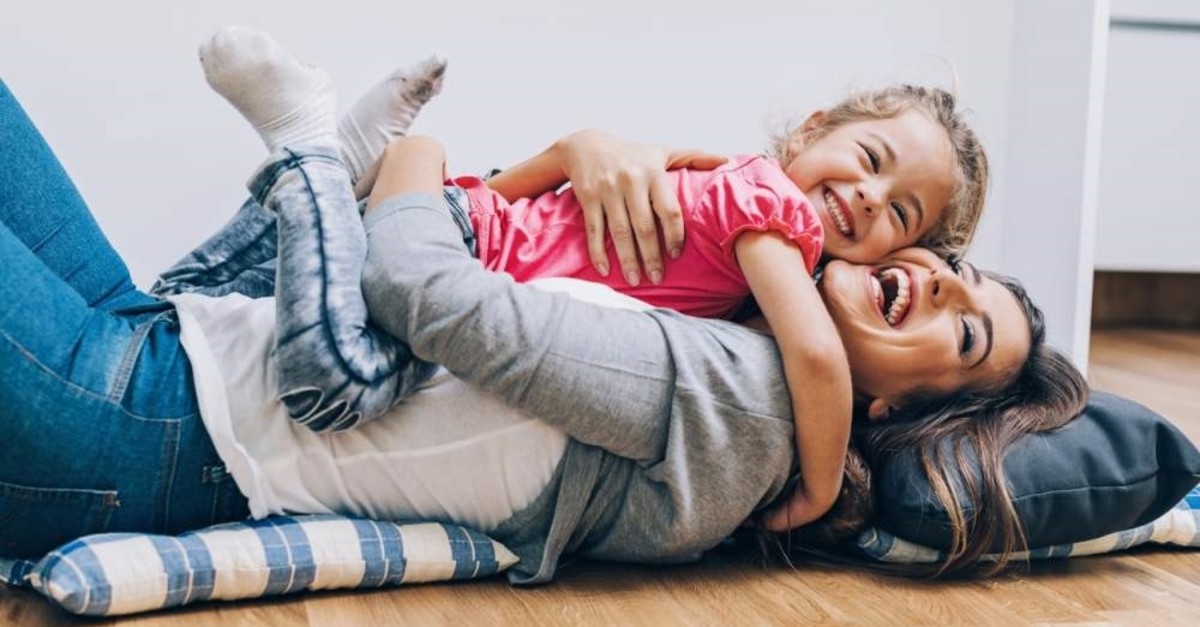 Did you know that your brain releases oxytocin when you hug someone, helping you to bond? (iStock Photo)
by Anadolu Agency Feb 14, 2020 12:25 pm

The feeling of strong or constant affection for a person is described as love, but did you know that it is also a physical process in the brain triggered by a hormone called oxytocin, also known as the "love hormone"?

It wasn't, of course, all hormones that made Frederic Chopin compose his enchanting songs, or William Shakespeare write his spectacular love poems, but experts say there is a very complex interplay between our hormones and behavior.

"When someone smiles at you sincerely, your brain immediately senses the sincerity and orders your posterior pituitary gland to release oxytocin, which is a vital hormone involved in social interaction and bonding in humans," Dr. Çağrı Gülümser, an OBGYN practicing in the Turkish capital Ankara, told Anadolu Agency (AA).

Gülümser said what people generally describe as attraction or a "positive vibe" is actually an exchange of oxytocin which makes people feel each other's emotions such as happiness, pain and love.

This so-called "cuddle" hormone is a protein and a nano peptide that acts as both a hormone and also a neurotransmitter.

"It's one of the major hormones during birth. It helps the uterus contract and push the baby down when the mother is in labor," he said.

Meanwhile, pediatrician Özlem Gülümser stressed oxytocin's significance in the process of lactation and breastfeeding, saying that it also acts as a hormone that bonds mothers and their babies.

"When a baby sucks on his or her mother's breast, the nipple is stimulated, which causes the release of oxytocin and then the milk for the baby to drink," said Gülümser.

"After labor starts and the mother begins getting angry with the medical team in the room, I get happy," said Gülümser jokingly.

"Because that's when I know that her level of oxytocin is rising, which also means that there will be less bleeding. She intrinsically tries to protect her baby," he said.

A secure attachment between a mother and baby is crucial, Özlem Gülümser said, adding that it influences the child's relationships throughout his or her life.

As important as mother-infant bonding is, in fact, oxytocin's role in our lives is far greater, as it affects all kinds of social relationships.

In an interview with the Australian Broadcasting Corporation (ABC), Larry Young, a professor of social behavior neurobiology at Emory University in Atlanta, recalled an experiment on rodents called prairie voles "which are unusual in the sense that they are monogamous."

During the experiment, the rodents given oxytocin were observed to have formed a kind of addiction to their partner.

"Following up on our work in animals, people began to ask, what happens if you give oxytocin to people? And the initial studies found that it made people look into the eyes and at the faces of other people more. It drew their attention to social cues. It also helped them read the emotions of others," he explained.

"There's even data suggesting that oxytocin acts in the same brain areas as in our little voles to make our partners more attractive to us. It's not just involved in bonding but is really in attuning to the social world around us," he said.

Moreover, oxytocin boosts trust in humans, according to a 2005 study by Michael Kosfeld, Urs Fischbacher, Ernst Fehr and Markus Heinrichs from the University of Zurich and Paul J. Zak from California's Claremont Graduate University.

"Oxytocin might render subjects more optimistic about the likelihood of a good outcome," they wrote.