Pack up your trunk and let's go: Elephant prepares for long trip from Argentina to Brazil 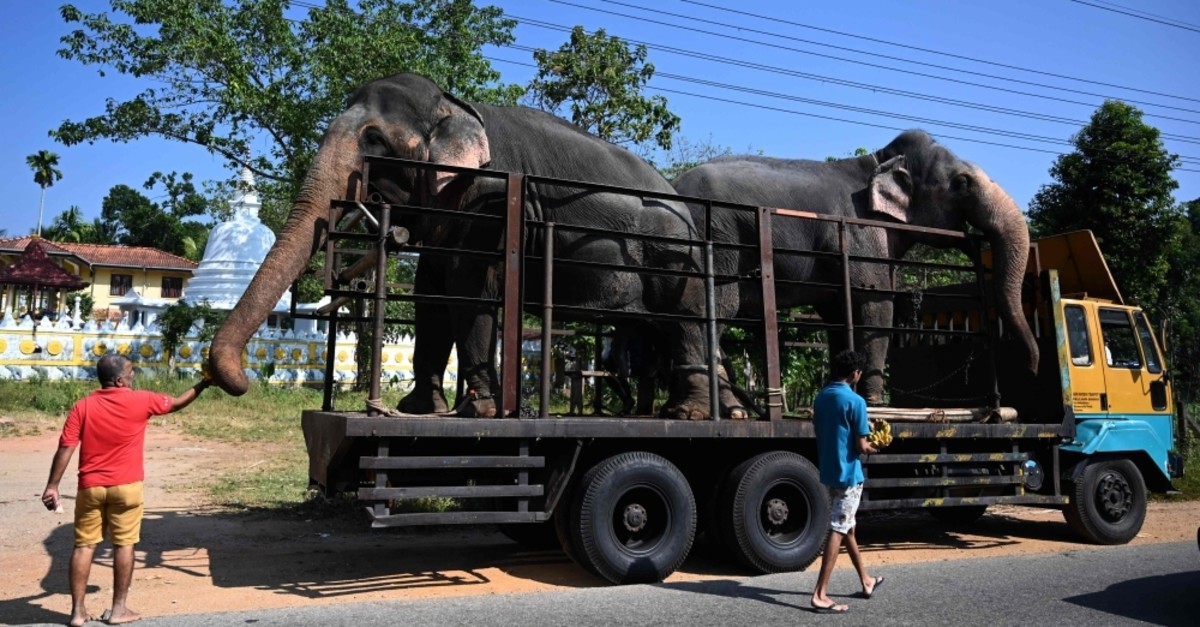 Men feed bananas to elephants being transported on the back of a truck along the Biyagama-Colombo road in Biyagama, on the outskirts of Colombo on Feb. 18, 2020. (AFP Photo)
by Reuters Feb 20, 2020 10:09 pm

Mara the elephant is packing for what may be the final trip of her 54-year life spent globe-trotting from India to Germany before joining circuses in Montevideo and Buenos Aires, Argentina, where she has been for the last 25 years.

Now she is preparing to say goodbye, before a 2,700-kilometers trip from Buenos Aires to a new home near the city of Chapada dos Guimarães in Brazil, a vast specially designed sanctuary for elephants like Mara.

Mara's road trip will take almost a week in an overland convey, during which time she will be housed in a huge box and accompanied by caretakers to look after her safety – and that of others.

Guillermo Wiemeyer, a veterinary doctor who works with Mara, said the team had been getting her ready for the journey, taking blood tests and cultures to ensure she could travel across borders and acclimatizing her to the mode of transport.

"What we are hoping is that she will enter the box of her own accord because she won't travel under anesthesia or any type of sedative," he told Reuters.

Wiemeyer said that Mara's new home, the 2,800-acre Elephant Sanctuary Brazil, would give her more space with pasture land, streams, steep hills and the chance to meet other Asian elephants already living in the reserve.

"The environment she lives in will go from being a few thousand square meters to hectares," he said, adding "the link with the land, water and other elephants will be incomparable."

Saying goodbye, however, is not easy. Mara needs to go through a quarantine period before she travels, likely toward the end of next month, to get the green light from authorities in Argentina and Brazil.

"Logically we have mixed feelings because a bond is built up over so many years of living together," said Wiemeyer.

"But we are sure that the doors of a new life will be opened where what she will be able to do above all is start making choices for herself, and for us that is fundamental because it's the first step toward animal welfare."