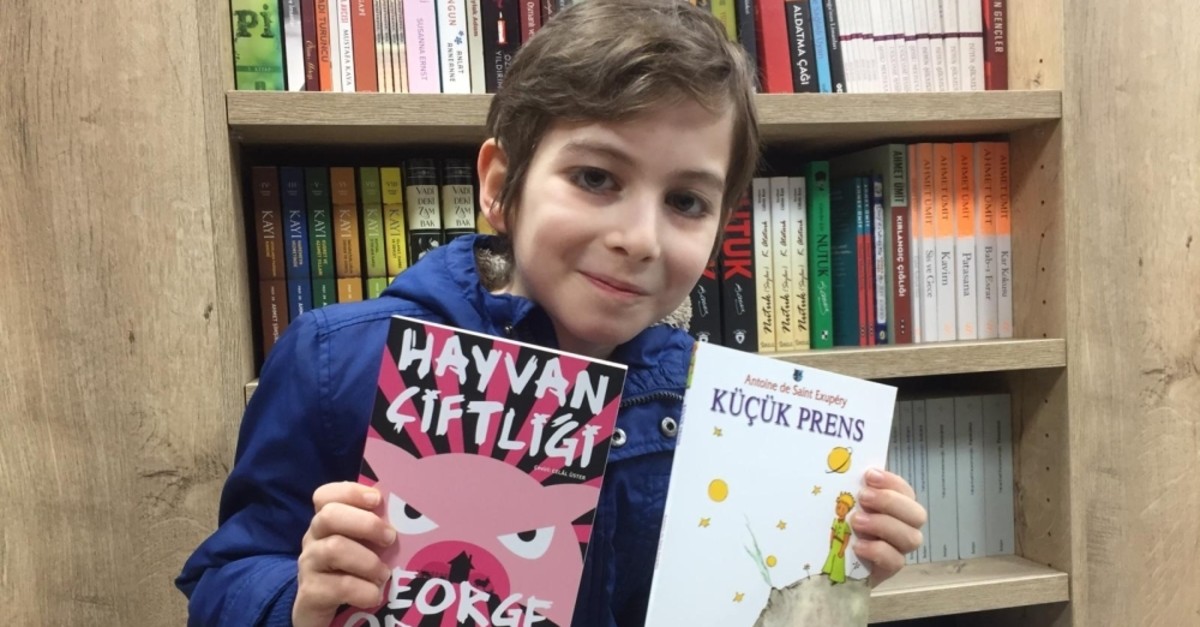 What were you interested in when you were just 10 years old? Ball games, plush toys and perhaps Harry Potter books? This boy genius seems to have a much more refined taste than his peers – he loves reading about philosophy, and he reads a lot about it.

Turkish secondary school student Atakan Kayalar stirred up a storm on Twitter after someone posted a video of him talking about the hundreds of books he has read, mostly on the complex and obscure world of philosophy.

Kayalar said he has read 250 books in the last five months.

In the video, Atakan is seen at a bookstore, proudly saying that he has read 18th century Genevan philosopher Jean-Jacques Rousseau's "The Social Contract," Richard Dawkins' "The God Delusion" and Plato's "Republic," among many others.

The video soon went viral on Twitter, being shared over 80,00 times. Some people commented on how impressed they were with Atakan, while others were more critical as they thought these books were not "for children."

Atakan told reporters after a chess course he attended that he wants to be a psychiatrist someday.

"But I have another goal besides my vocational ambitions: to be president," he added.

Atakan said he thinks the country's education system should be changed but declined to elaborate.

"People need to be educated about respect and good manners starting from preschool. The (bad) examples are right in front of our eyes," he said.

Atakan's mother Hülya Kayalar said she wants her child to get an education "without being separated from his friends. I have no materialistic expectations."

His father is currently unemployed, and his mother said as Atakan spends most of his time in bookstores, their only problem is finding the money to pay for his books.