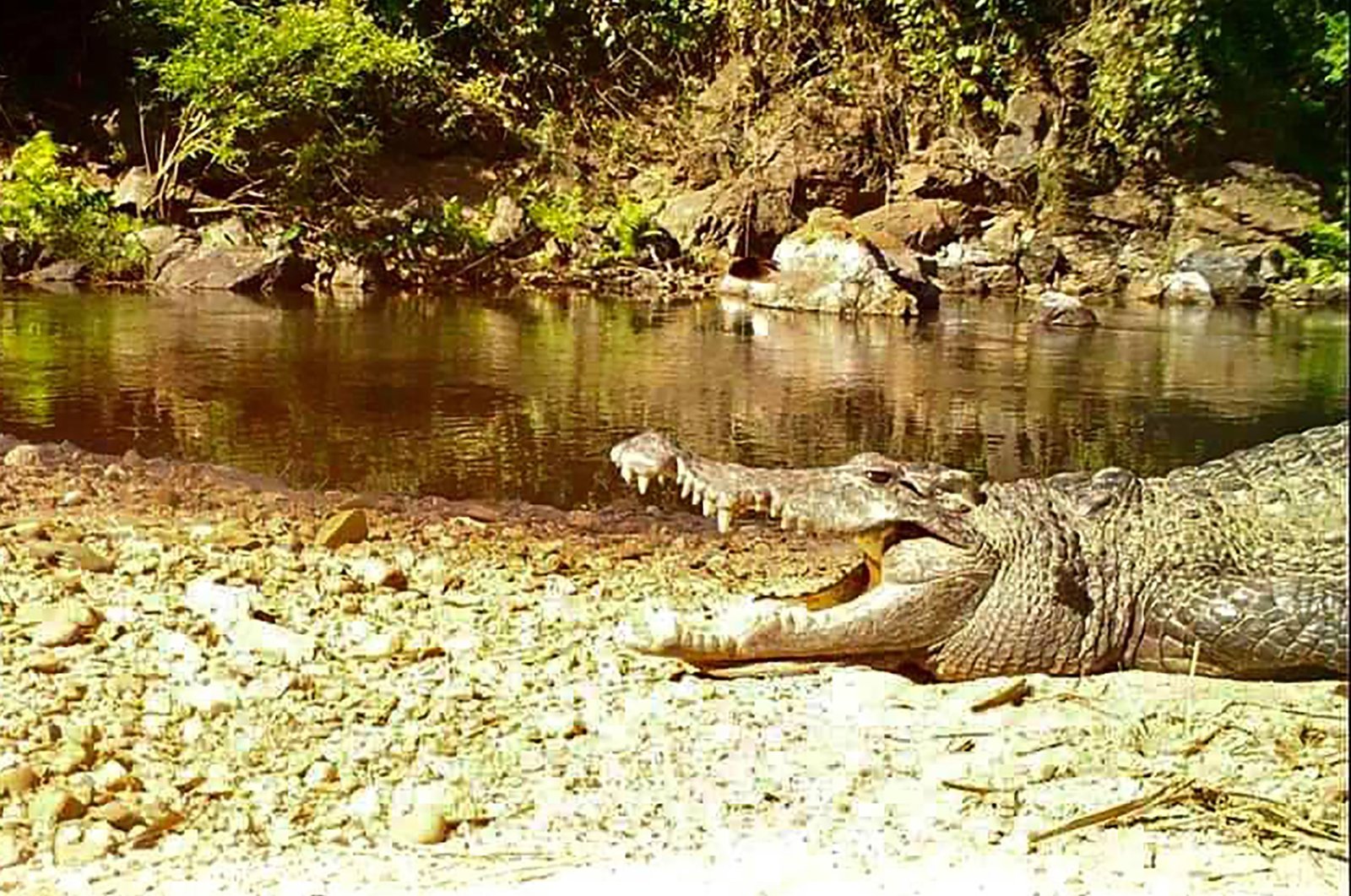 The critically endangered Siamese crocodile has been spotted for only the second time in a decade at Thailand's largest national park, according to photos released Saturday.

The freshwater reptile – snapped by camera traps sunning itself at Kaeng Krachan National Park near the Thai border with Myanmar – was once ubiquitous across Southeast Asia, but its numbers have plummeted in the region.

It is currently listed as critically endangered on the International Union for Conservation of Nature's red list.

National park officials estimate only about 20 remain in the wild because of hunting and habitat loss, but on Saturday the nature reserve shared a rare spot of good news.

The crocodile – never seen before by officials – was captured by cameras slithering out of the water, before it parked itself on the river bank open-jawed under the sun.

The footage was captured in December and is "proof that Kaeng Krachan National Park is an important area for wildlife conservation," said Manoon Prewsoongnern, a park manager who works with the NGO World Conservation Society.

The crocodile is estimated to be about 3 meters long (9.8 feet), he said, adding that this is only the second sighting of the species in the past decade.

"The Siamese crocodile is a predator, but it is one of the first victims of environmental corrosion, so the sighting... is also evidence that the national park's environment is still pristine," Manoon said.

The endangered crocodile is highly sought after by poachers, who supply eggs and adult reptiles to farms around the region, where their skins are turned into luxury belts, shoes and handbags.