A basket through the window: COVID-19 revives Turkish delivery tradition 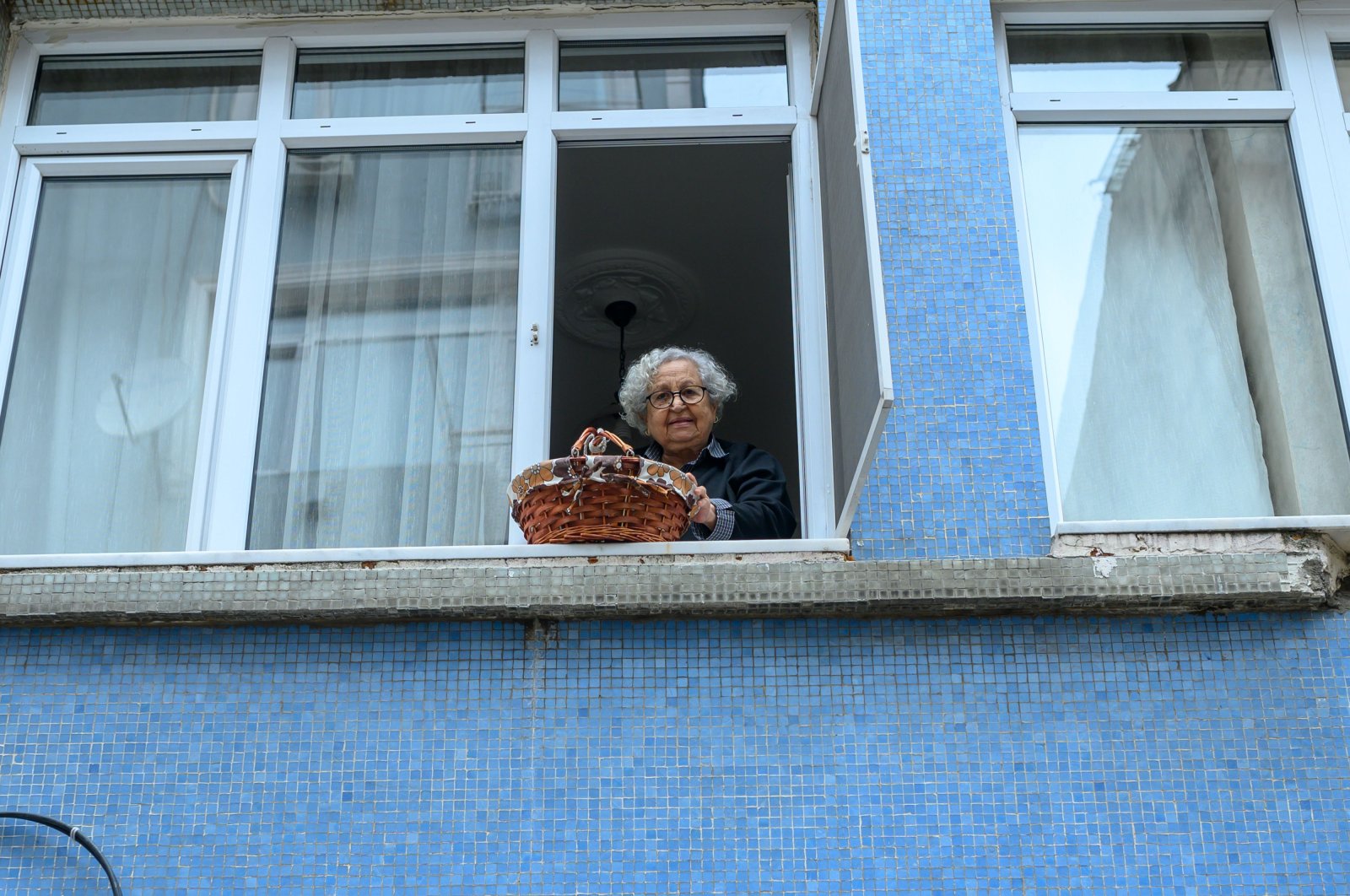 "One kilo of bananas, please!" 83-year-old Yüksel shouts down from her fourth-floor window to the grocer's shop on the corner of her Istanbul street before lowering her basket on a rope.

Weighing the bananas, the chatty grocer puts them in a bag, loads up the basket, taking the money left inside, and calls up to his waiting customer: "Pull!"

Yüksel does so, until the basket is back up to her window where she takes the groceries inside.

The age-old practice, still a familiar sight on the streets of Istanbul, has gained new relevance since Turkish authorities announced Sunday that they were ordering people aged over 65 to stay at home in the battle against the new coronavirus.

"Before, we were receiving maybe 10 orders a day and this number has reached 50 now," grocer Zafer Gündoğdu in the Feriköy neighborhood of Istanbul's Şişli district told AFP.

"Whatever they need, we are at the disposal of our elderly clients, either filling baskets dropped or delivering at their door from 7 a.m. until 10 p.m," he said.

Butcher Zeynel Özüner, whose business is in the same neighborhood, says that he is doing what he can to ensure the elderly do not go without.

"They are also our neighbors. We deliver them bread or a newspaper, not just meat," he said.

"I am appealing to our elders. This society needs your life experience ... Please do not risk your life and stick to the measures," Health Minister Fahrettin Koca urged this week.

As well as the order for the elderly to stay home, a raft of measures from shutting schools and universities to banning mass prayers have also been taken but so far efforts have stopped short of a full lockdown.

Many elderly had flocked to outdoor areas and filled parks on a sunny Saturday before the ban entered into force despite nationwide pleas to stay home.

In the southern city of Adıyaman, older people were delighted by the sunshine, taking turns on the swings and seesaws in a children's park.

One of the old men even pushed his swinging friend with the help of his walking stick.

Younger people meanwhile took to social media, expressing hopes that the state would declare a "state of emergency" as they were unable to keep their parents at home and were worried.

Some municipalities across Turkey have tried to use humor to discourage older people from going out.

"We love you but don't force us to do this," a witty tweet shared by the Üsküdar municipality read, showing a picture of an old man about to leave his apartment building who finds his street dug up by a bulldozer.

For Yüksel, having her groceries hoisted up through the window does not assuage all her concerns.

"I am so sad, I am stuck at home," she told AFP from her window, visibly upset.

But not all of those affected are desperate.

"I have been at home for two weeks, I am not bored," 83-year-old Mehmet Özcan said enthusiastically, with a red beanie on his head.

"I have a big garden where I have memories. I also have an interest in pictures," he said.

"I've been collecting old family photos for 35, 40 years. That's how I am keeping myself busy and spending time."