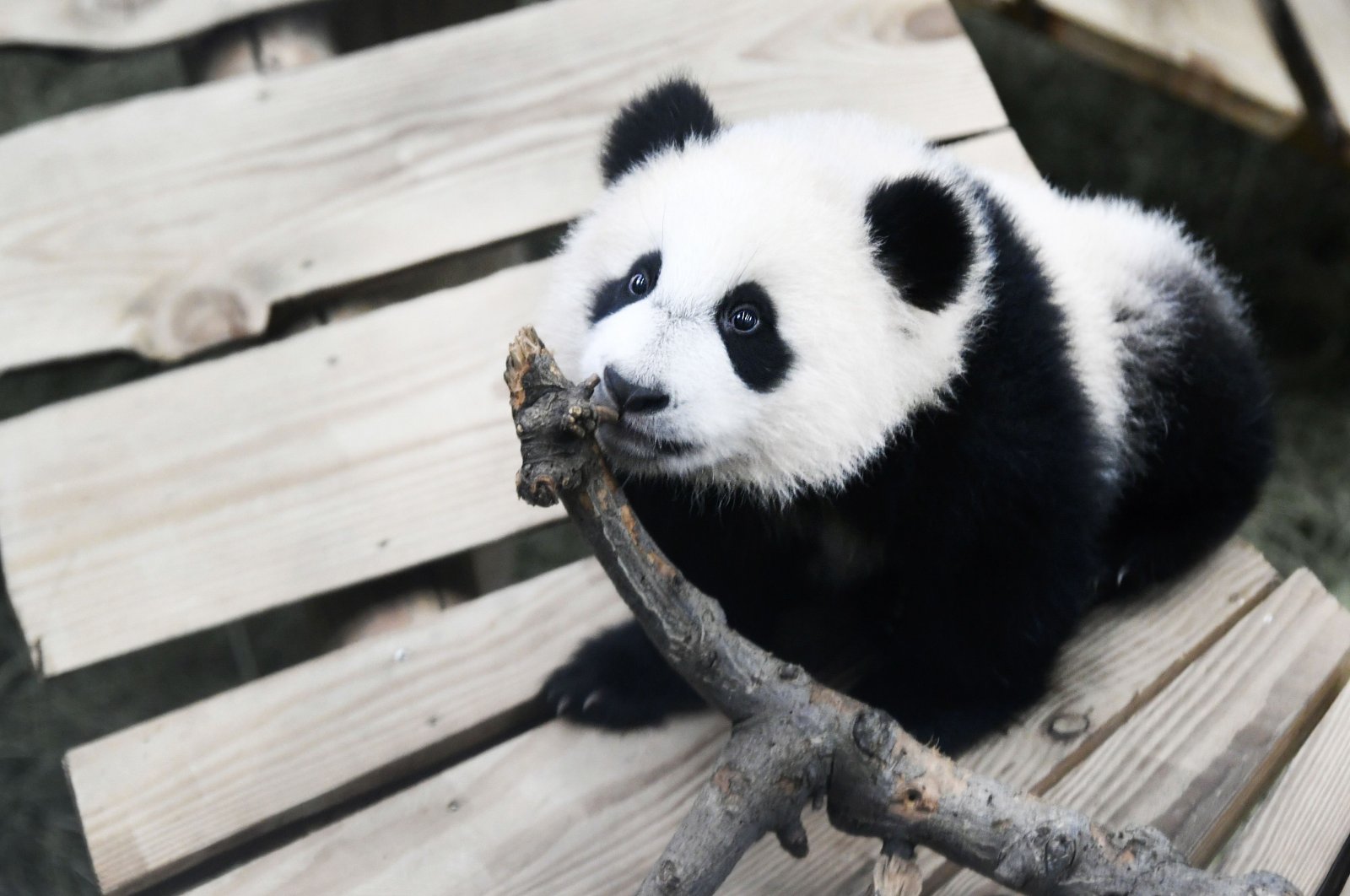 Chewing on his paw and falling asleep on his face, the first giant panda born in the Netherlands made his public debut on Friday at nearly seven months old.

The young male, named Fan Xing, went on show at the Ouwehands Zoo in the central town of Rhenen after it reopened following a coronavirus shutdown.

"I think he looks fine... Mum is around, he feels safe so that's nice," Jose Kok, the zoological manager at Ouwehands, told AFP.

"It's very special because it's the first cub born here in the Netherlands but I'm also very proud because it was a cub that was a result of a natural mating," said Kok.

"He started in the maternity den for some months and then gradually came out, started to walk and now he's there, climbing, falling."

Fan Xing was born on May 1 to two giant pandas - female Wu Wen and male Xing Ya - who were loaned to the Netherlands by China in 2017 for 15 years.

His name, revealed in October, is a mixture of "Fan", a reference to Dutch painter Vincent van Gogh, and "Xing", which means star.

He can stay in the Netherlands for four years before he must return to China as part of an international breeding program.

"But we're also proud of that you know, because then he's going to be part of the international breeding program and he is the ambassador for giant pandas in China, in the wild, that needs protection," said Kok.

Famed for its "panda diplomacy", China has dispatched its national treasure to only about a dozen countries as a symbol of close relations.

Pandas are notoriously bad at reproducing, especially in captivity. According to the World Wildlife Fund, just over 1,800 were found remaining in the wild in the last census in 2014.