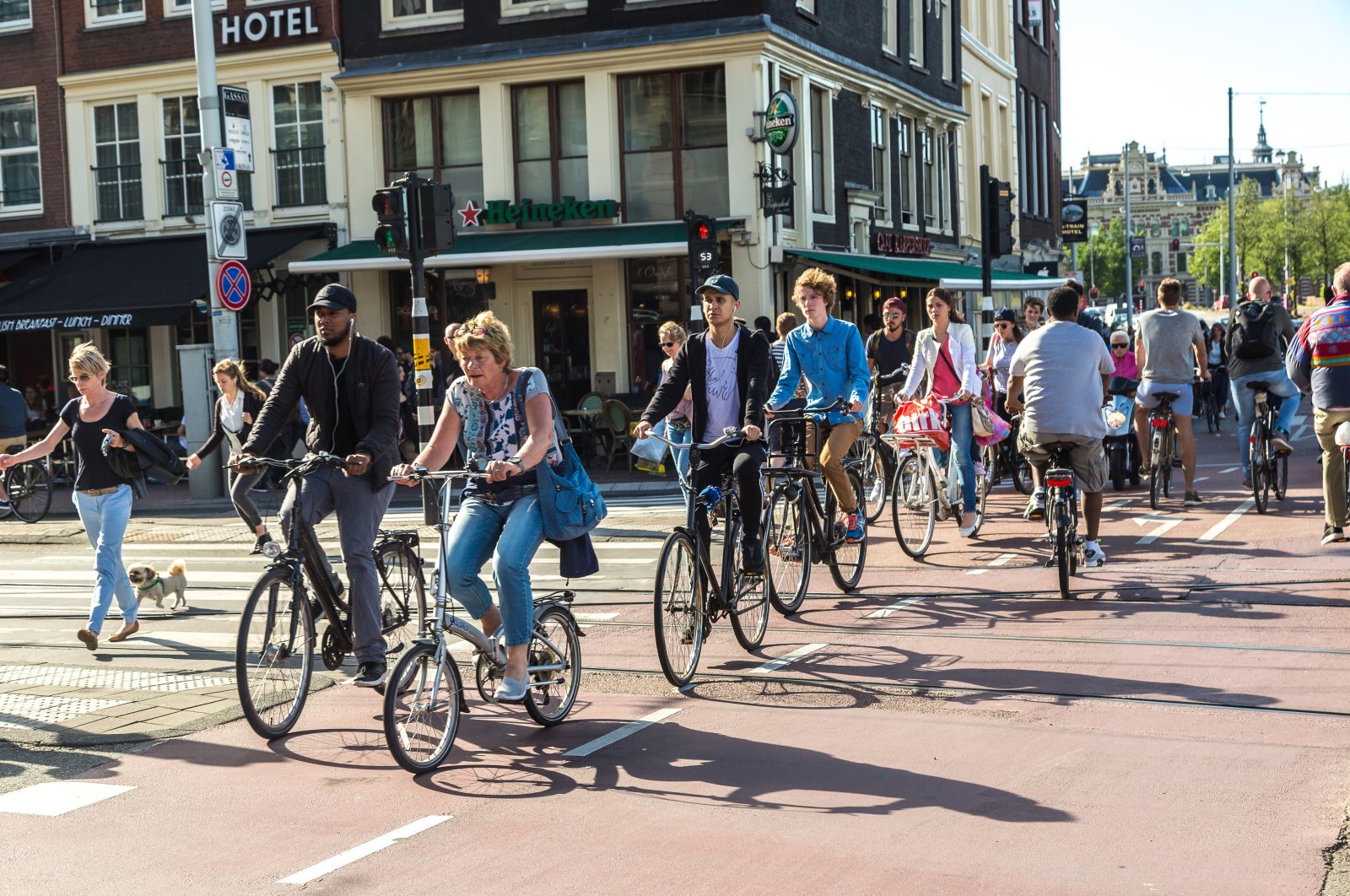 The real deal: What Turks typically eat on daily basis

Nothing lasts forever, they say. Apparently, that goes for every aspect of life, as it looks like the world's tallest country is shrinking.

The generation of Dutch people born in 2001 is shorter than the one born in 1980, a study by the country's statistics office said on Friday.

Factors including immigration and diet are likely to be responsible for the change in height, which reverses a century and a half of rapid growth, the study said.

"In the course of the last century we have become taller and taller, but since 1980 the growth has stopped," it said.

But all is not lost.

"The Netherlands is still the tallest nation in the world," the Central Bureau for Statistics said in a statement.

Dutchmen rank first above Montenegro, Estonia and Bosnia, while the women are above Montenegro, Denmark and Iceland, it said, citing 2020 figures from the Non-Communicable Disease Risk Factor Collaboration, a global network of health scientists.

The full reasons for the Dutch comedown are not entirely clear.

One reason was immigration, "especially of people with a non-Western background," whom the study said tend to be smaller on average.

But growth had also "stagnated" among Dutch people whose parents and grandparents were born in the Netherlands, it said.

Men had not got any taller since 1980 while there was a "downward trend" among women.

That could be because of a "biological limit" but was also likely linked to "unhealthy eating habits and excessive energy intake in the growing up phase."

The Dutch were not always so lanky.

At the start of the 19th century they were small by European standards and only started to shoot up in the 1840s.

Even a century ago the United States and Scandinavia produced the tallest men, and it was not until the generation born in the late 1950s that the Dutch took the title.

The question of why the Dutch are so tall remains unclear.

A popular myth – that the cheese-loving Dutch consume a lot of dairy products – is discounted by scientists.

Increased prosperity as well as "natural selection in which taller men and women had more children than shorter couples" is likely the real reason, the statistics bureau said.

The real deal: What Turks typically eat on daily basis