'Black Friday vs. Buy Nothing Day': The decision is yours 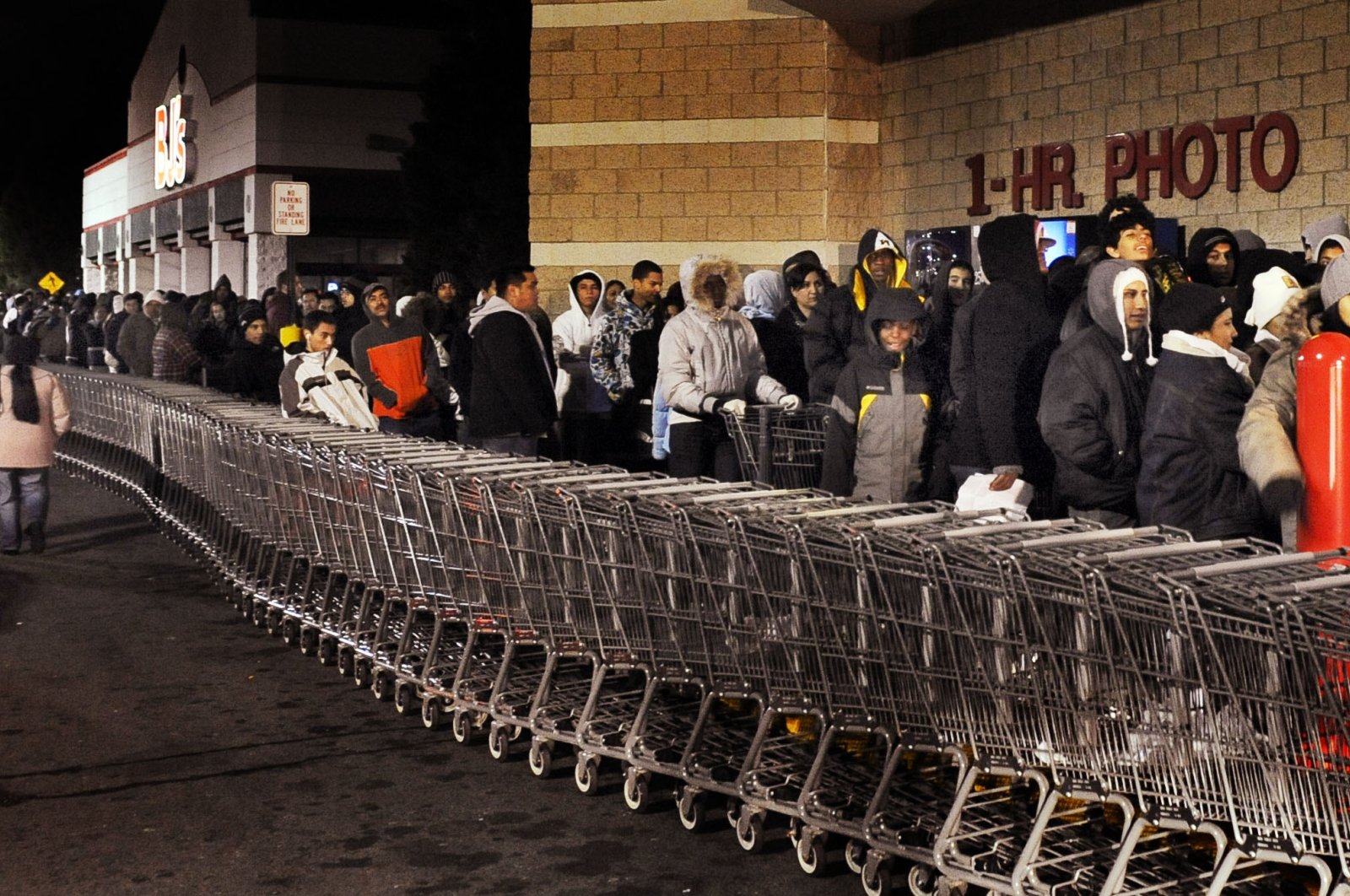 Black Friday appears as a way to save more with 'unbelievable' offers while some prefer to save money buying nothing as a reaction to the urge to 'have things.' Which one would you celebrate?

As "Black Friday" approaches each year, people are generally feeling the pressure of buying something, to be part of the "great discounts" by hitting the malls in long lines. On the other hand, there is a new group of people who have started to emerge that take a stand against consumerism simply by buying nothing. It is a rebellious act against the urge to "have things."

"Black Friday," the day after the American holiday of Thanksgiving, has become one of the biggest shopping frenzies of the year in the U.S., with big retailers offering discounts and bargains on a wide variety of goods.

Over the years, other countries have also embraced the annual shopping spree, while many people today would prefer to go down their wish lists on e-commerce websites, rather than camp out in front of their local retailer until dawn.

Why call it 'Black Friday?'

The name dates back to the early 1960s when police in Philadelphia started using it to describe the chaos of countless suburban tourists flooding into the city for their holiday shopping and, in some years, to watch Saturday's annual Army-Navy football game, according to the encyclopedia Britannica.

"The huge crowds created a headache for the police, who worked longer shifts than usual as they dealt with traffic jams, accidents, shoplifting and other issues," it said.

A very similar pandemonium can be witnessed today across the world as many shoppers appear to lose themselves completely both in spending and temper as they hunt for the best deals they can find.

Some customers even come to blows with each other, trying to grab the latest big-screen TV or gaming console on sale.

As the name of the day suggests, some simply stay at home and buy absolutely nothing on this day.

"Buy Nothing Day," which originally started as an anti-consumerism movement, has been held on the same day as "Black Friday" since 1997, founded by artist Ted Dave in Canada.

Its primary aim is to make people think more about their decisions on what to buy and where they buy it from.

The rallying cry is obvious: Just don't buy anything for 24 hours and don't be slaves to the things you own.

So, every year "Black Friday" is accompanied by a protest against it, with climate activists latching onto the movement to emphasize their message, essentially trying to bring to public attention how much consumerism contributes to climate change.

While consumer spending is a huge part of the global economy, it isn't hard to imagine how much shopping and the manufacturing of new products are also contributing to global warming.

Buy Nothing Day is a day for people to choose not to buy unnecessary items, raising awareness on how to spend ethically.

"Friday the 25th is 'Buy Nothing Day.' Instead of getting caught up in 'Black Friday' madness, sip some tea, save your peace and stick it to capitalism for just one day. Spread the word," said one of many Twitter accounts backing the movement.

"Amazon is lobbying U.S. Govt to fight against climate legislation, despite pledging to reach Net Zero carbon emissions by 2040. This target also does not include its supply chain which contributes 75% of its emissions," Extinction Rebellion, which campaigns on the single big issue of climate change, claimed on Twitter, as well.

Considering the large following the movement has, it wouldn't be a surprise to see some people take to the streets to protest the "Black Friday" craze, while others wait in long lines stretching out of big brand stores to buy new products they may not even need.

"Black Friday" versus "Buy Nothing Day": It's time to think more about our spending decisions and whether they are in harmony with nature.