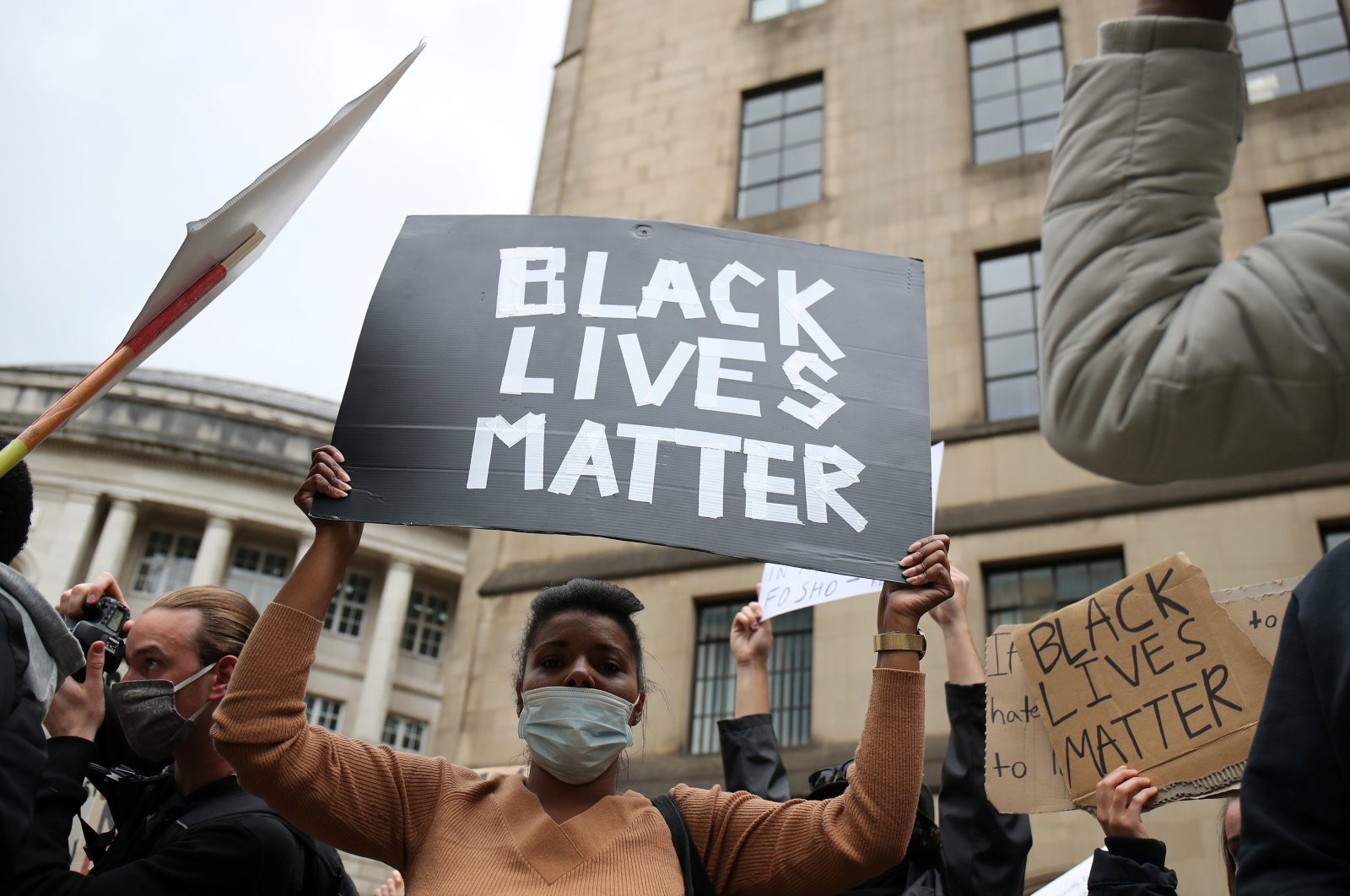 A demonstrator holds a sign during a Black Lives Matter protest in Manchester, following the death of George Floyd who died in police custody in Minneapolis, Manchester, Britain, June 7, 2020. (Reuters Photo)
by REUTERS Jun 07, 2020 4:13 pm
RECOMMENDED

Several Bollywood stars have been labeled "hypocrites" after speaking out against racism to lend support to global protests while promoting products in India designed to make people's skin lighter.

A series of A-list Bollywood actresses, including Priyanka Chopra, shared posts on social media to protest against the death of George Floyd who died in police custody after a white officer knelt on his neck for nearly nine minutes.

"End this race war here in the U.S., and around the world. Wherever you live, whatever your circumstances, NO ONE deserves to die, especially at the hands of another because of their skin color," Chopra, 37, posted on Instagram. ⁣⁣⁣

People were quick to call her out on social media for previously promoting an "intense fairness moisturizer."

They also pointed at her role in the 2008 Hindi film "Fashion" in which she is ashamed of having sex with a black man.

"Thanks for speaking out for black lives. But, maybe also stop supporting a skin bleaching cream which promotes anti-blackness," one user replied to Chopra's Instagram post.

Chopra, a former Miss World who became a star in both Bollywood and Hollywood, has said in past interviews that she regretted endorsing such a product as a young actress and that she is proud of her dark skin.

India's multi-billion-dollar skin lightening industry has a host of products appearing to offer dark-skinned Indians a lighter, fairer and better version of themselves, often endorsed by Bollywood's top actors.

After years of criticism and campaigns against such products, many brands moved to calling them "skin brightening," "whitening" or "lightening" creams and face washes.

"Most brands no longer want to be associated directly with being termed as 'fairness creams,'" said actor Abhay Deol, a vocal critic of fairness products and Bollywood's support.

Critics say the film industry helps feed India's obsession with fair skin and bias against darker faces, with many pointing out it fails to represent the diversity of Indians.

For example, actors from southern states where most people are darker-skinned are rarely in mainstream Bollywood films.

Last year, the film "Bala" featured the story of a woman who suffered discrimination because of her complexion and actress Bhumi Pednekar had her skin darkened to play the role.

Kangana Ranaut, a noted actress, spoke out against her Bollywood colleagues for promoting fairness products.

"These people, especially Indian celebrities, the successful ones... have been endorsing all kinds of fairness products and today shamelessly they stand and say black lives matter - I mean how dare they?" she told the BBC in an interview last week.

Indian-American comedian Hasan Minhaj took on Bollywood for the endorsements as well on his news-comedy program "Patriot Act" on Netflix.