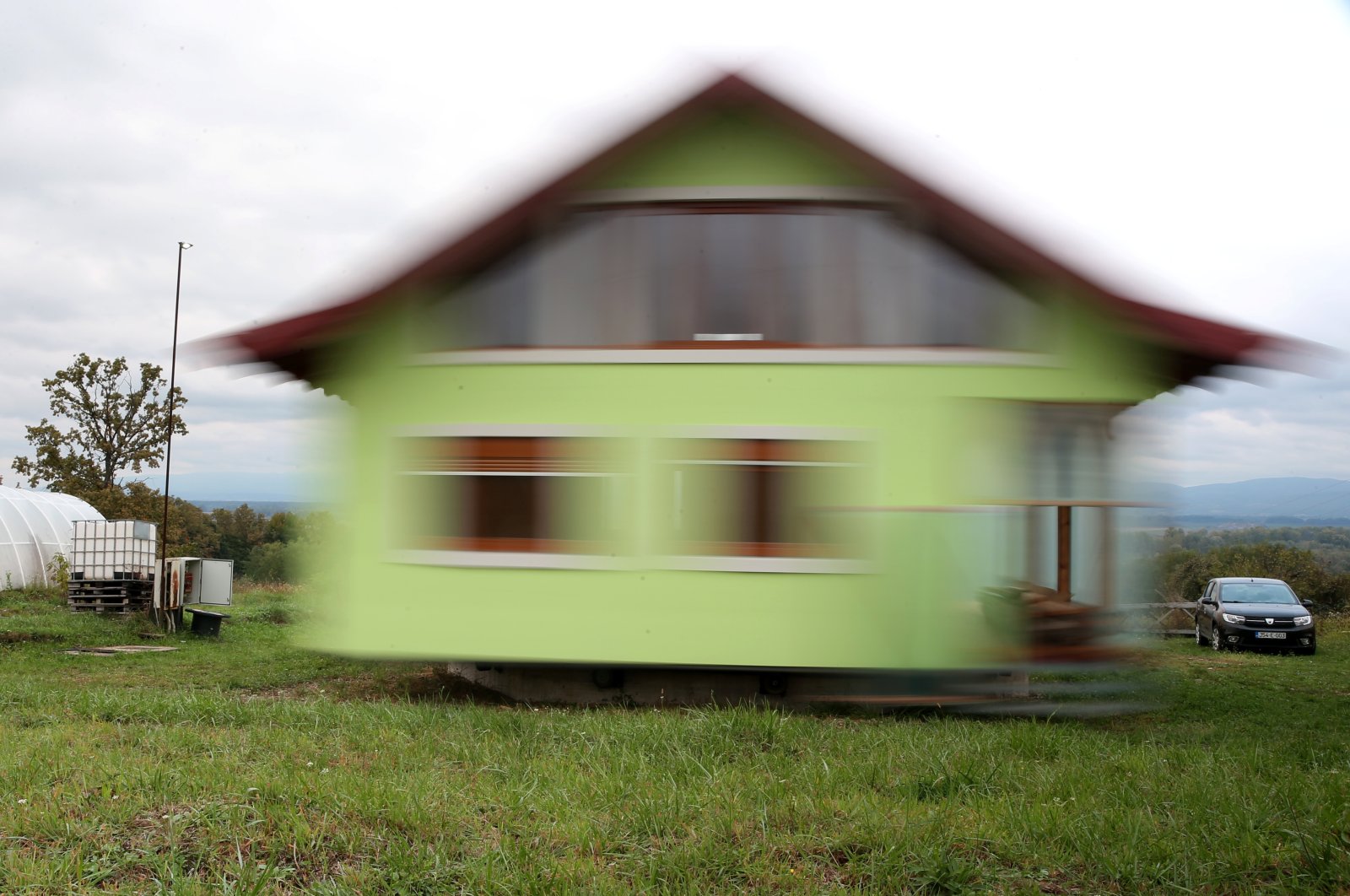 Vojin Kusic house is seen while rotating by electric motors and wheels from a military transporter in Srbac, Bosnia and Herzegovina, Oct. 9, 2021. (Reuters Photo)
by REUTERS Oct 09, 2021 8:06 pm
RECOMMENDED

Seeking to please his wife who had wished for a more diversified view from their family house, a Bosnian self-taught innovator has built a rotating house allowing her to watch the rising sun at one moment and passers-by the next.

"I've got tired of her complaints and frequent refurbishing of our family house and I said: I'll build you a rotating house so you can spin it as you wish," Vojin Kusic, 72, told Reuters standing in front of his new house that attracts the attention of visitors.

Situated in a fertile plain in northern Bosnia near the town of Srbac, the house spins around a 7-meter (23-feet) axis designed by Kusic, with the view of cornfields and farmland changing to forests and the river at the desired speed.

His wife did not wish to comment on the new house.

Kusic said he was inspired by Serbian-American inventors, Nikola Tesla and Mihajlo Pupin, and coming from a poor family without the possibility of a good education had forced him to look for ways to make things by himself.

"This is not an innovation, it only requires will and knowledge, and I had enough time and knowledge," he said, adding that he had built the house completely by himself.

The project took six years to finish, except time off for a hospital stay due to a heart condition. The house is more resistant to earthquake damage than stationary houses, he said.

"I asked doctors to try to prolong (my life) for at least a year because I have this project in my head, and ... nobody will know how to complete it."