Brilliant hacks to prevent snow from sticking to your dog's fur 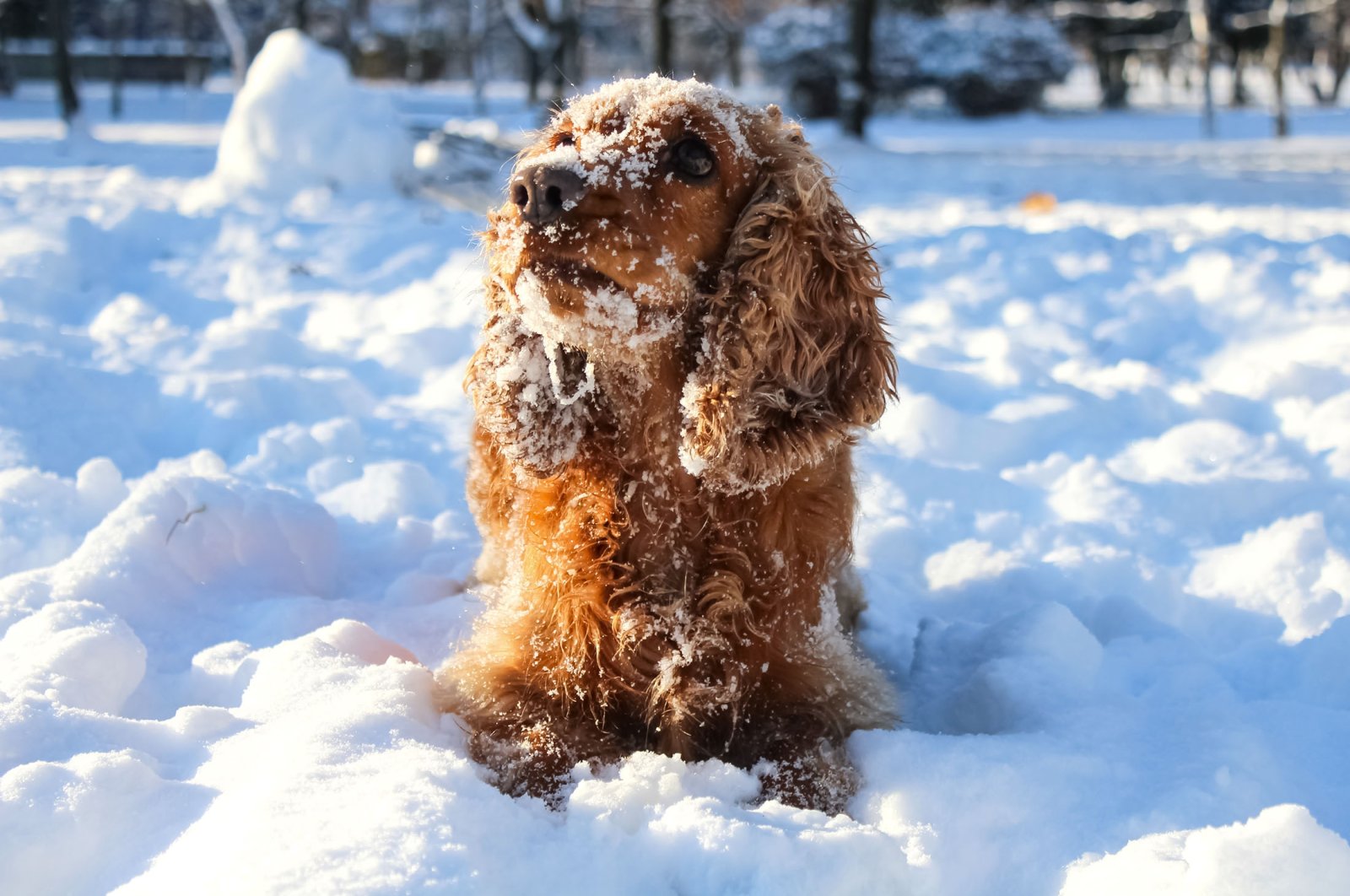 Snow is all fun and games until it turns to ice on your dog's fur and paws. (Shutterstock Photo)
by Daily Sabah with DPA Feb 16, 2021 11:35 am
Edited By Yasemin Nicola Sakay
RECOMMENDED

Seeing your furry canine gallop in freshly fallen snow and jump around with joy is a sight that will surely put a smile on your face, but it may soon turn into a frown when you realize your dog doesn't want to go an inch further.

For dogs with long fur on their legs, a walk in the snow can quickly become torture. That's because the lumps of ice will often freeze onto the hairs on their legs and stomach.

Hardened and compressed bits of snow can also often get stuck between the toes, making for a sore but near-invisible source of pain. Dogs will sometimes chew at their paws to get at the snow, which may only lead to them swallowing dirty bits of ice and grit.

But animal welfare activists say there's a simple trick you can use to prevent these painful but common occurrences of walking your dog in winter – hair oil. Even coconut oil will work in a pinch but your dog will likely need a lukewarm bath after playtime.

Using oil will help any ice glide right off and prevent both snow-toe problems and frozen fur. Just apply some oil sparingly to the dog's paws and legs before a walk, and you'll prevent any snow from sticking.

Besides preventing agony for the dog, it will also save you the hassle of constantly plucking out bits of snow and ice. In addition, your dog won't constantly be nibbling at its paws to remove the annoying lumps of snow.

If the inevitable happens, you have three options: a lukewarm bath, using a hairdryer to melt the ice away slowly or popping their paws into a bowl of warm water.