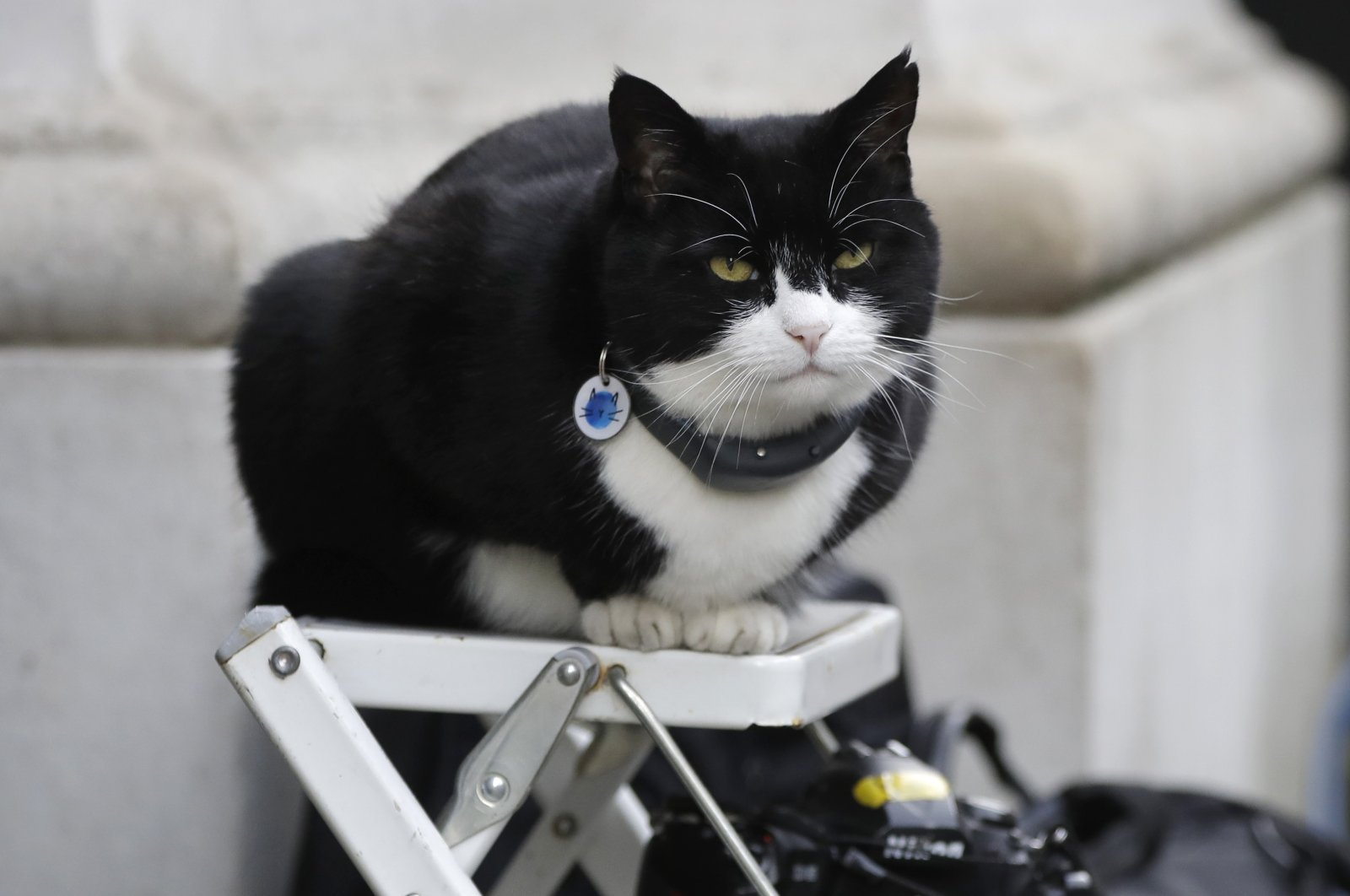 Palmerston, the Foreign Office cat sits on a photographer's ladder as media await the departure of Britain's Prime Minister Theresa May from 10 Downing Street in London, Feb. 12, 2019. (AP Photo)
by REUTERS Aug 07, 2020 12:33 pm

Palmerston, the cat who has lived at the Foreign Office for four and a half years, will trade in his London residence for retirement in the countryside, where his mouse-catching duties for the diplomats will come to an end.

Writing to the more than 100,000 followers on his Twitter feed, the black and white moggy, who once lived at Battersea Dogs & Cats Home, said he wanted to spend more time relaxing away from the limelight.

"I have enjoyed climbing trees and patrolling the fields around my new home in the countryside," he wrote to the Foreign Office's most senior civil servant, Simon McDonald, signing off with two paw prints.

"I will miss hearing the footsteps of an Ambassador and sprinting to my hideout to see who it is."

There will be no wider reshuffle as Larry the cat remains on Downing Street while fellow feline Gladstone retains his post at the finance ministry.