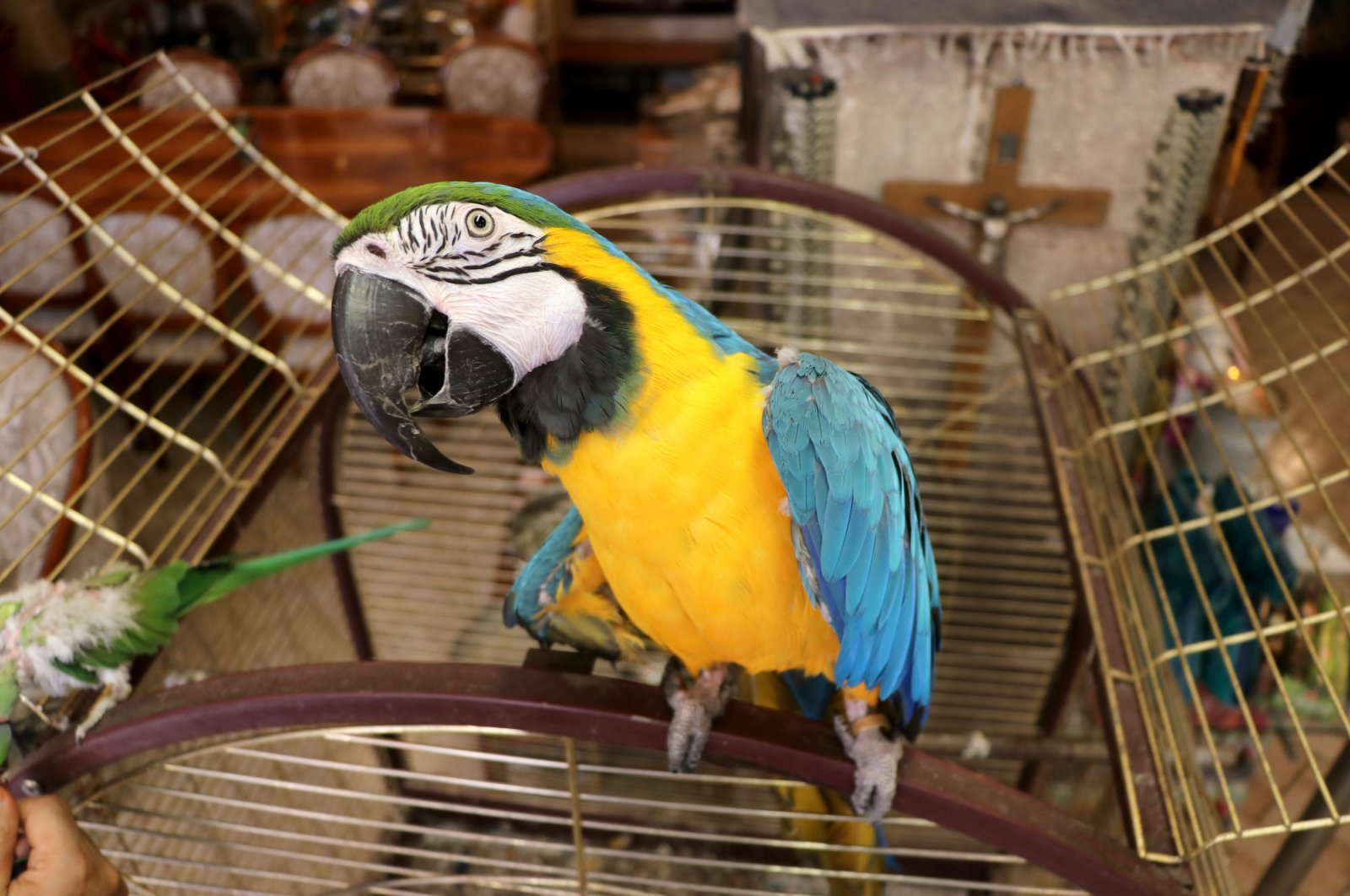 With temperatures exceeding 40 degrees Celsius (104 degrees Fahrenheit) at times, locals of the southeastern province of Gaziantep as well as visiting tourists have been searching for cooler locations in the city for a respite from the heat. A cafe nestled in the almost 500-year-old underground Kaleoğlu Cave in Şahinbey district has proven especially popular lately, but what has been attracting more attention than the cool climate inside the geological formation is the feathery host greeting guests.

A yellow and blue macaw named Cabbar, always right by his owner Mehmet Kaleoğlu's side, has been stealing people's hearts with his sympathetic demeanor for over 10 years.

Greeting arriving customers, Cabbar soon becomes the center of attention, with customers asking if they can take photos with the colorful bird on their shoulders or arms.

Speaking to Anadolu Agency (AA), Kaleoğlu said he had always been interested in parrots and wanted to adopt Cabbar as soon as he laid eyes on him. Kaleoğlu has been looking after the 15-year-old macaw ever since.

Kaleoğlu said he initially only brought Cabbar to the cafe to spend more time with him while he worked, but he soon became the friendly face of the establishment that kept the customers coming back for more.

"Our guests love Cabbar. They take souvenir photos with him on their shoulders. I love taking care of parrots and feeding them. Cabbar speaks about 20 words. He never leaves my side and follows me everywhere.

"Kids especially don't want to leave this place because they love Cabbar so much," he said, adding that he even has regulars who come back just to see the friendly macaw.

Kaleoğlu said Cabbar had officially become the face of the cave cafe and one of its most treasured employees.

"He's my business partner, and we work together. We spend our whole day together."