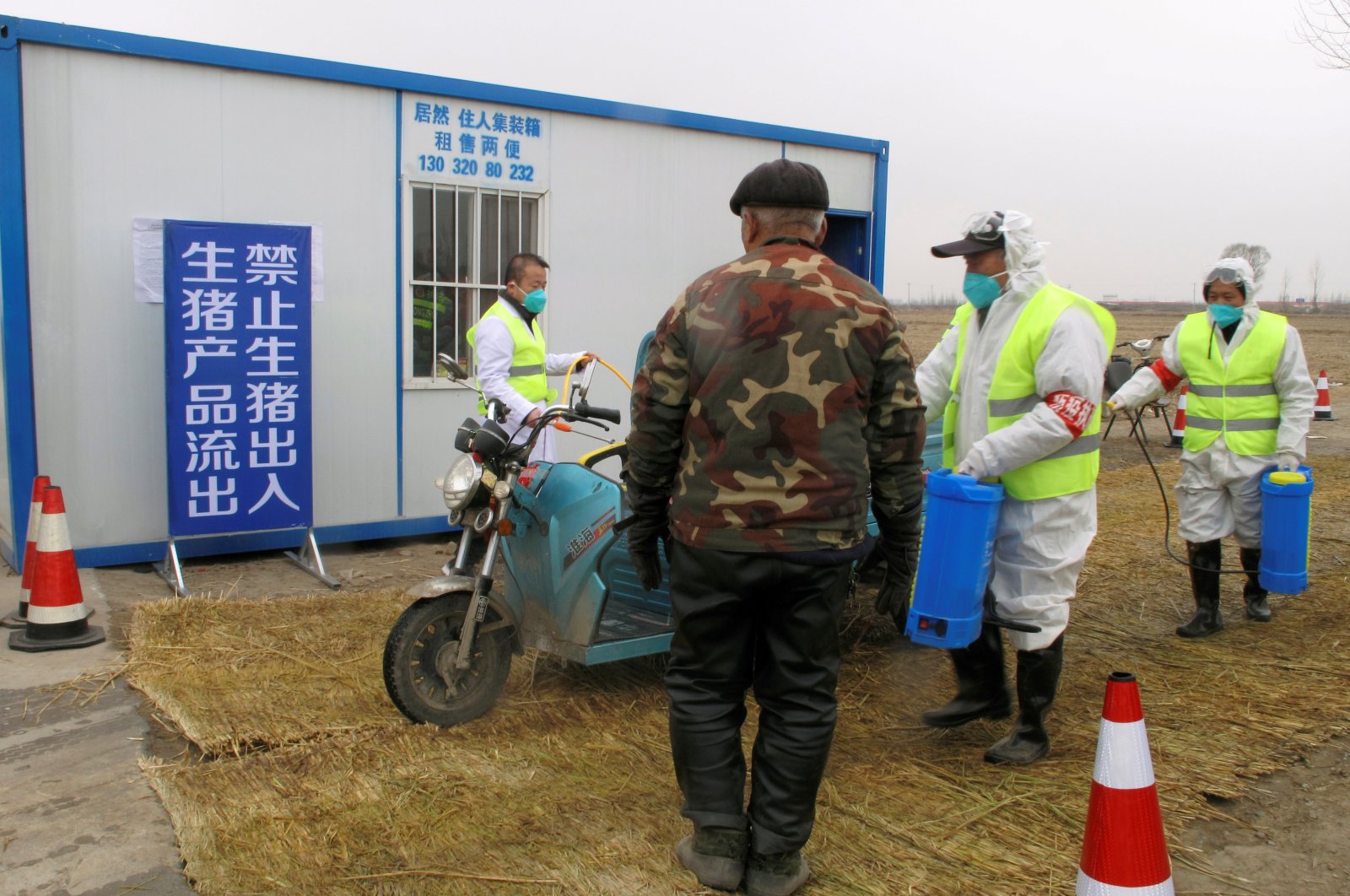 Workers in protective suits disinfect a vehicle at a checkpoint, leading to a farm owned by Hebei Dawu Group where African swine fever was detected, in the Xushui district of Baoding, Hebei province, China, Feb. 26, 2019. (REUTERS Photo)
by REUTERS Feb 05, 2021 6:04 pm
RECOMMENDED

Chinese scientists have found a natural mutation in the African swine fever virus they say could be less deadly than the strain that ravaged the world’s largest pig herd in 2018 and 2019.

The findings, published in the February edition of the Chinese Journal of Veterinary Science this week, come amid intense debate in the industry over the evolution of the disease for which there is no approved vaccine.

Reuters reported last month that at least two new strains of African swine fever had been found on Chinese pig farms, which appeared to be man-made.

The strains are causing a chronic form of African swine fever that is impacting production on sow farms, industry insiders have said.

The researchers at the Military Veterinary Institute in Changchun said there appeared to be a growing trend of lower mortality from African swine fever with more clinical symptoms that are not easy to detect and difficult to control.

Such characteristics have also been attributed to strains believed to have been made for use in illicit vaccines.

The researchers said that with the prolonged period of swine fever circulating in China, natural variants would inevitably appear.

Less virulent variants have also been found in Latvia and Estonia in recent years.

The new strain, called HuB20, was isolated from pork sampled at a market in central Hubei province, said Hu Rongliang and colleagues at the institute under China’s People’s Liberation Army.

It had a partial deletion of the CD2v gene and an adjacent 8CR gene. Earlier research in Russia has suggested that deleting the two genes could protect against African swine fever.

The genes are different from those missing from virus isolates described previously to Reuters by industry participants.

“This variant does not contain any known marker genes, indicating that natural variants of ASFV are occurring in China and this may be related to the sub-acute epidemic of ASF in the country,” the authors wrote.

Hu and colleagues said work was underway to validate the virulence of the new strain.