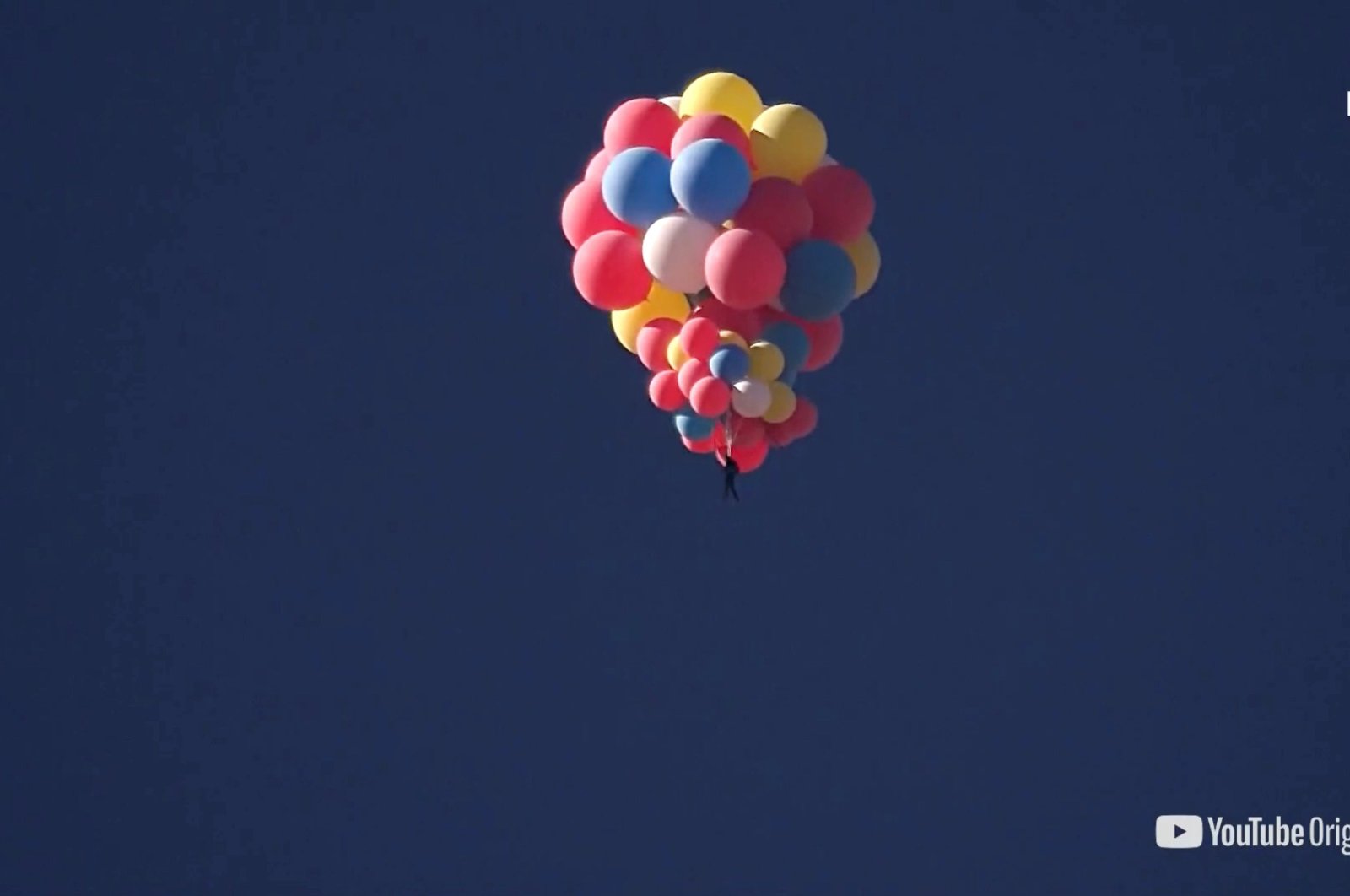 Extreme performer David Blaine hangs with a parachute under a cluster of balloons during a stunt to fly thousands of feet into the air, in a still image from video taken over Page, Arizona, U.S., Sept. 2, 2020. (David Blaine handout via Reuters)
by REUTERS Sep 03, 2020 2:10 pm
RECOMMENDED

Daredevil David Blaine performed his latest stunt Wednesday, ascending nearly 25,000 feet (7,600 meters) into the Arizona sky while hanging from a cluster of jumbo-sized balloons before parachuting safely back to earth.

"It's like magic, it feels like I'm floating in the air," Blaine said on the radio to his team of aides back on the ground after gently lifting off from a desert airstrip in Page, Arizona, connected to dozens of balloons in an event he called "Ascension."

YouTube said the stunt, which it livestreamed, set a new record as the most-watched YouTube Originals live event ever with over 770,000 viewers.

Blaine gradually dropped small weights to speed his ascent, donned a parachute mid-flight and strapped on an oxygen mask as he neared 24,900 feet, an altitude where most commercial airliners travel.

Blaine, 47, has a history of performing high-profile and high-risk feats of endurance. His stunts include locking himself in a fishbowl, trapping himself in a block of ice for two days in Times Square, and standing freely atop a thin, tall pillar for 35 hours in New York City.

Wednesday's stunt lasted roughly 30 minutes. Blaine released himself from the balloon cluster and free fell for some 30 seconds before deploying a parachute to slow his descent.

"Wow, that was awesome," Blaine yelled into his radio as he stood back on land.

Blaine has said he trained for the event for two years, including becoming a licensed pilot. It was his first live broadcast stunt since 2012.