1/3 of all insect species facing extinction due to pesticides 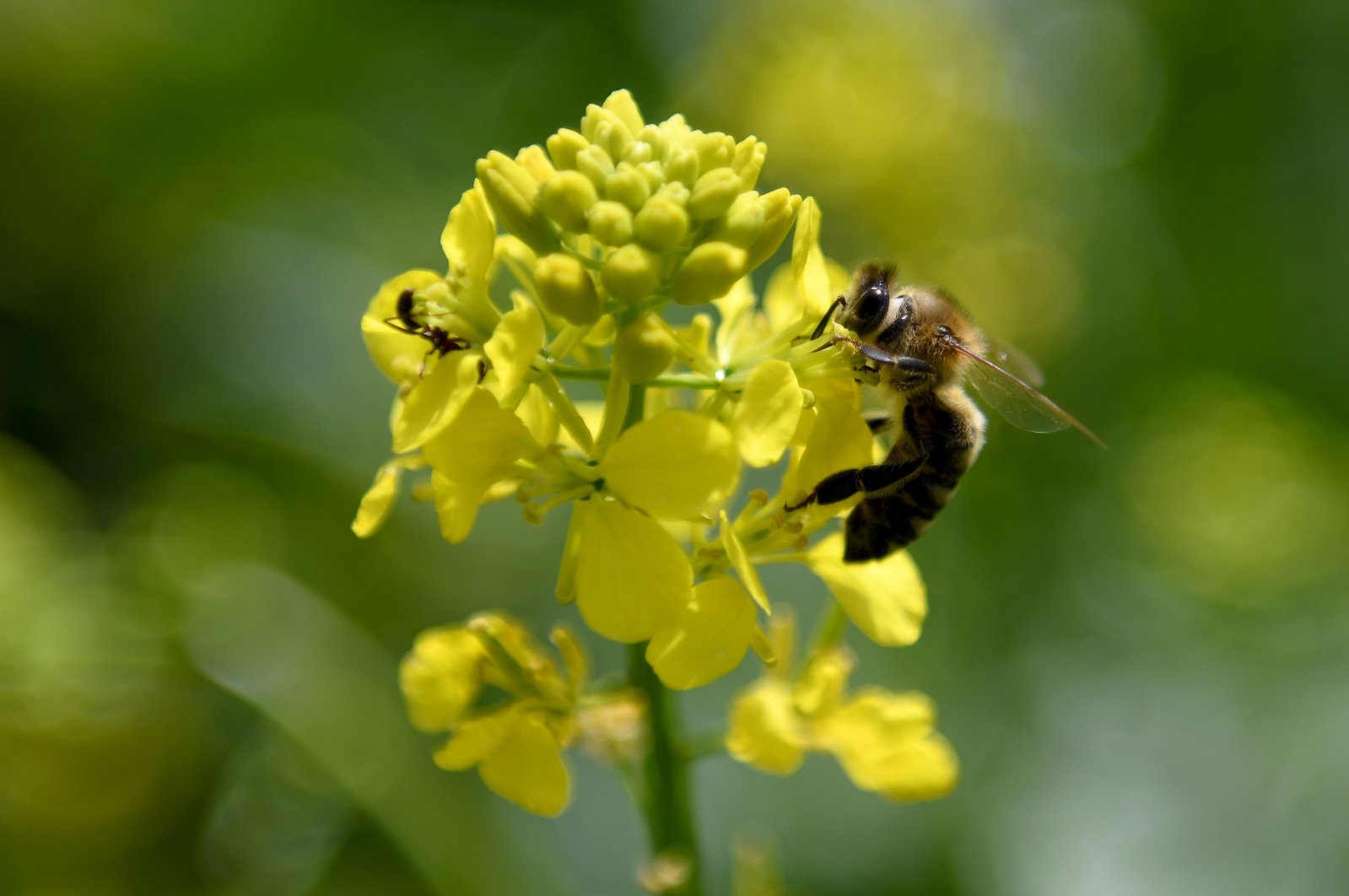 A bee collects pollen from blossoms in a field in the village of Plase, near the city of Korce, Albania, May 13, 2020. (AFP Photo)
by DAILY SABAH WITH AA Jun 10, 2020 11:55 am
Edited By Yasemin Nicola Sakay
RECOMMENDED

No espresso: Coffee saves forest in Mozambique from legacy of war

Though they play crucial roles in the environment, insect populations are facing a global downturn due to pesticide-dependent industrial farming, a new report released Tuesday has revealed.

Across the planet, 41% of insect species are in decline and one-third are at risk of extinction, according to Insect Atlas 2020, published by environmental group Friends of the Earth Europe and the Heinrich Boll Stiftung Foundation.

Highlighting the impact of the heavy use of pesticides, the report said the use of such chemicals had risen five-fold since 1950, with over 4 million tons sprayed on crops globally every year.

"Pollinators, which contribute directly to around one-third of global food production, are under threat: at least one in 10 bee and butterfly species in Europe is threatened with extinction," it explained.

The report urged people to adopt sustainable farming measures to prevent damage to insect populations that also guaranteed food production, such as increasing organic farming and ending the use of pesticides and fertilizers by 2030.

The Turkish Ministry of Agriculture and Forestry recently decided to ban 16 active ingredients used in pesticides, including chlorpyrifos-ethyl, fenamidone and bifenthrin.

Pesticides have been found to be harmful to fetuses, with exposure to such chemicals during pregnancy tied to increased risk of neurodevelopmental disorders and cognitive and behavioral deficits. They have also been linked to cancer, Alzheimer's disease and attention deficit hyperactivity disorder.

No espresso: Coffee saves forest in Mozambique from legacy of war