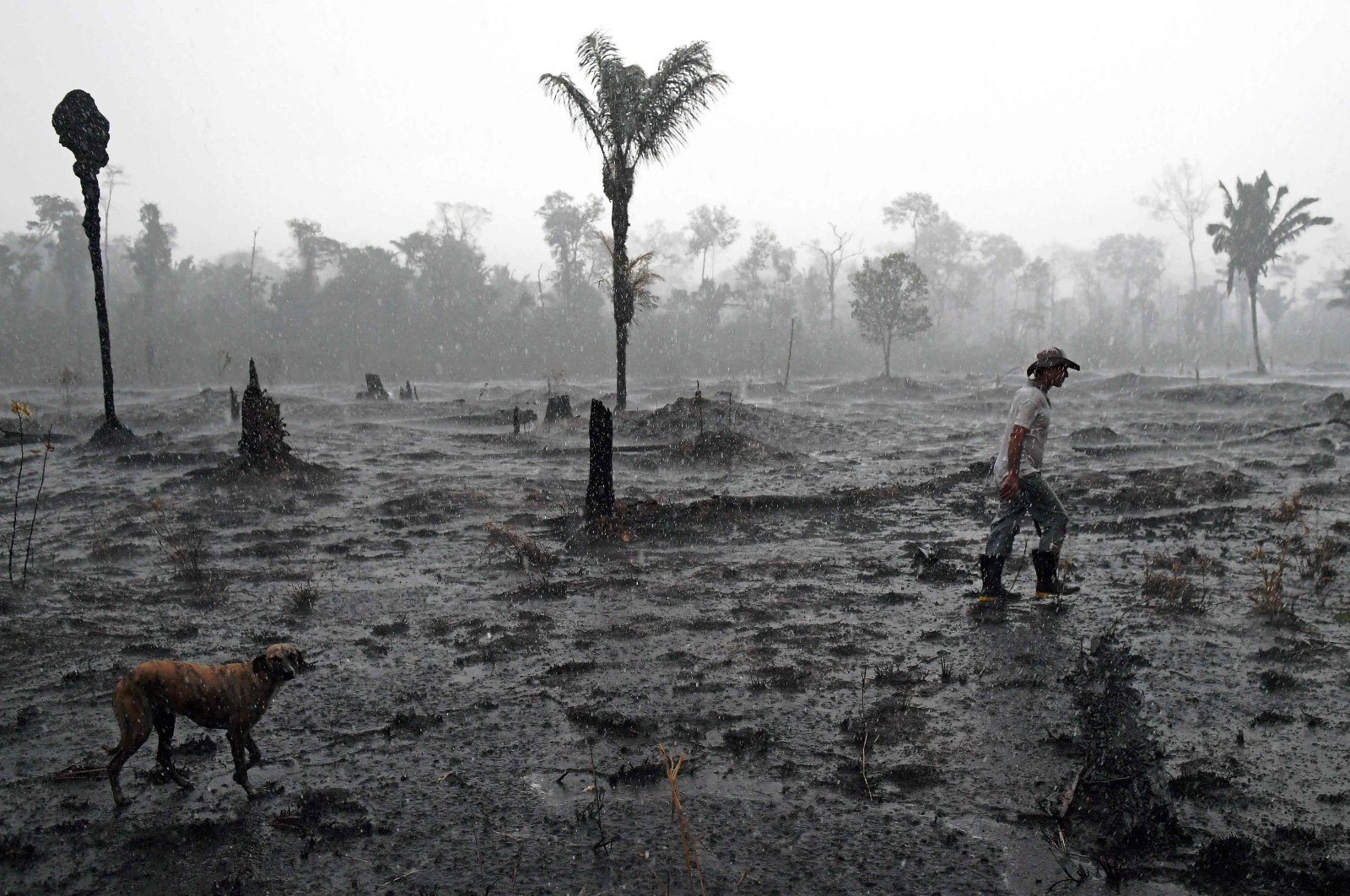 Vast tracts of pristine rainforest on three continents went up in smoke last year, with an area roughly the size of Switzerland cut down or burned to make way for cattle and commercial crops, researchers said Tuesday.

Brazil accounted for more than a third of the loss, with the Democratic Republic of Congo and Indonesia a distant second and third, Global Forest Watch (GFW) said in its annual report, based on satellite data.

The 38,000 square kilometers (14,500 square miles) destroyed in 2019 – equivalent to a football pitch of old-growth trees every six seconds – made it the third most devastating year for primary forests since the scientists began tracking their decline two decades ago.

Agricultural expansion, wildfires, logging, mining and population growth all contribute to deforestation, according to GFW researchers.

"We are concerned that the rate of loss is so high despite all the efforts of different countries and companies to reduce deforestation," lead researcher Mikaela Weisse, GFW project manager at the World Resources Institute (WRI), told Agence France-Presse (AFP).

The total area of tropical forest leveled by fire and bulldozers worldwide last year was in fact three times higher – but virgin rainforests, as they were once known, are especially precious.

Undisturbed by modern development, they harbor the richest diversity of wildlife on Earth and keep huge stores of carbon locked in their woody mass.

When set ablaze, that carbon escapes into the atmosphere as planet-warming CO2.

"It will take decades or even centuries for these forests to get back to their original state" – assuming, of course, that the land they once covered is left undisturbed, Weisse said.

The forest fires that engulfed parts of Brazil last year made front-page news as the climate crisis loomed large in the public eye.

But they were not the main cause of Brazil's loss of primary forest, the data showed.

Satellite images revealed many new "hot spots" of forest destruction. In the state of Para, for example, these fire-ravaged zones corresponded to reports of illegal land-grabs inside the Trincheira/Bacaja indigenous reserve.

Neighboring Bolivia saw unprecedented tree-cover loss in 2019 – 80% higher than any year on record – due to fires, both within primary forests and surrounding woodlands. Soy production and cattle ranching were the two main drivers.

The pandemic could also make things worse, not just in Brazil – which has been hit especially hard by COVID-19 – but anywhere it saps the already anemic enforcement capacities of tropical forest nations.

"Anecdotal reports of increased levels of illegal logging, mining, poaching and other forest crimes are streaming in from all over the world," Seymour noted.

In the short-term, the virus may weaken enforcement of forest laws, with people taking advantage of that to commit environmental crimes, she warned.

In the medium-term, economic stress could hike pressure for more extractive industries in forests or larger-scale agriculture, she added.

Workers coming home from cities after losing jobs could also turn to forests to help feed their families, increasing the risk of deforestation, she said.

"The situation has changed," Weisse said of the COVID-19 pandemic. "What we need to do has also changed."

Indonesia, meanwhile, showed a 5% drop in the area of forest – 3,240 square kilometeres – destroyed in 2019, the third consecutive year of decline, and nearly three times less than in the peak year 2016.

"Indonesia has been one of the few bright spots in the global data on tropical deforestation over the last few years," Seymour and two colleagues wrote in a recent blog post.

The DRC, meanwhile, saw its losses fall slightly to 475,000 hectares, still the third-highest year on record for the African nation, the data showed.

Tropical ecosystems are vulnerable to both climate change and extractive exploitation.

A study in March calculated that the Amazon rainforest is nearing a threshold of deforestation which, once crossed, would see it morph into arid savannah within half a century.