A zonkey is born: Zebra gives birth to rare hybrid in Kenya 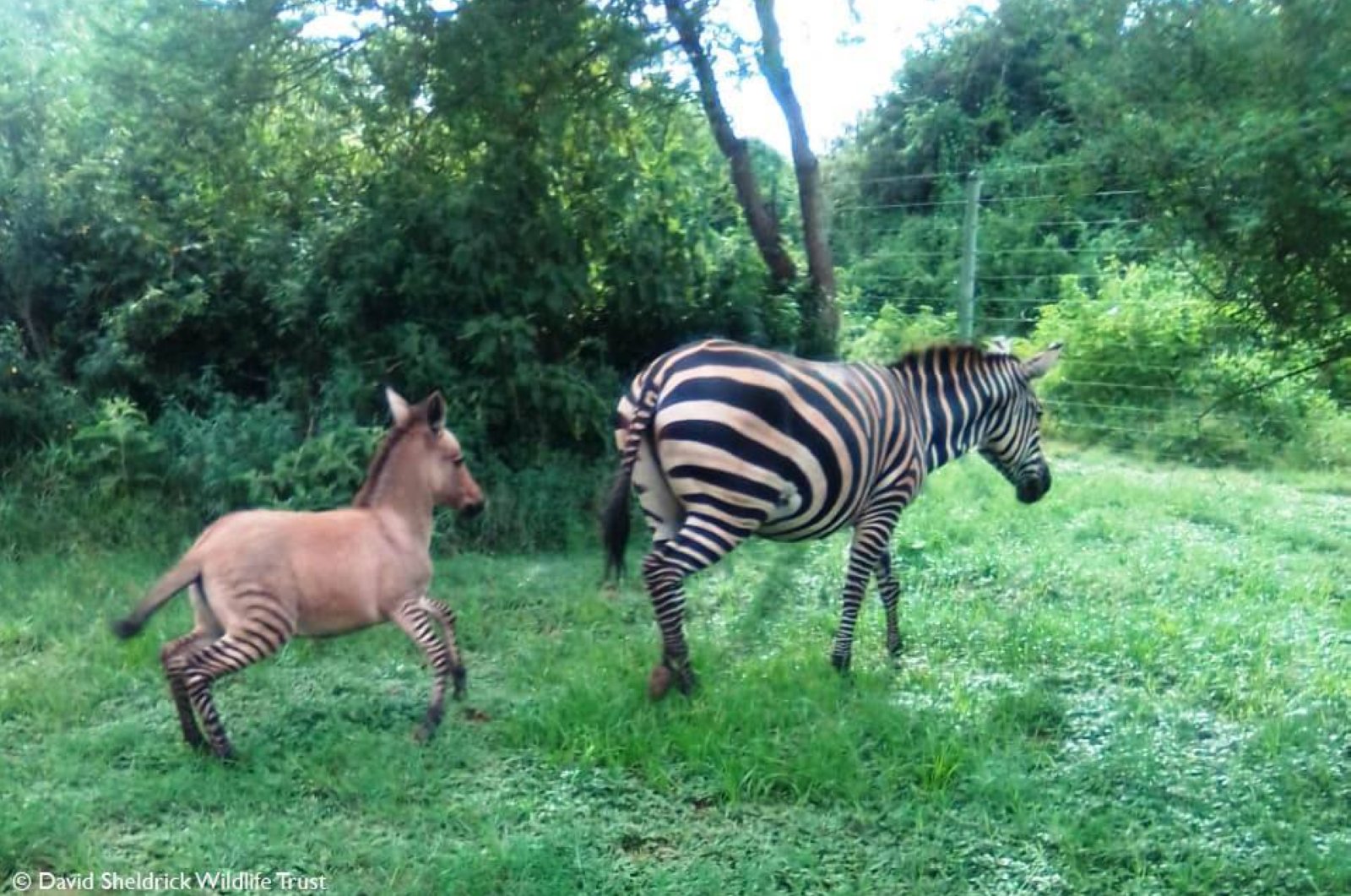 A zebra mother and her zonkey foal are seen in Chyulu Hills National Park, Kenya, in this photo shared on April 8, 2020. (Photo by Sheldrick Wildlife Trust via Facebook)
by DAILY SABAH Apr 12, 2020 8:25 pm

A zebra at a wildlife park in Kenya has given birth to an unusual baby: a tawny youngster with striped legs and large pointy ears who doesn't quite look like her mother.

At first glance, caregivers at the Sheldrick Wildlife Trust, an organization that rescues and rehabilitates wildlife, thought the foal had been indulging in mud baths. However, a closer look revealed that the foal is, in fact, a zebra-donkey hybrid, called a zonkey.

It turns out the mother zebra had conceived her offspring on a vacation outside Tsavo East National Park, where she had been living before she ventured out to a nearby community and joined a cattle herd. Her stint in the domesticated world apparently crossed her paths with a donkey, and the rest is history.

Mama zebra was later transferred from the cattle herd to Chyulu Hills National Park by the rescue group, and 12 months later, she gave birth to her stocky zebroid offspring.

"The zonkey combines the sturdy body of its donkey sire and the striped legs of its zebra mother, which makes for a striking creature," the wildlife trust said on its website.

"While it should otherwise lead a normal life, zonkeys are mules, meaning that it will be unable to successfully breed once it reaches maturity," it noted.

Sheldrick Wildlife Trust said the mother and zonkey foal are "thriving" in the safety of the national park.