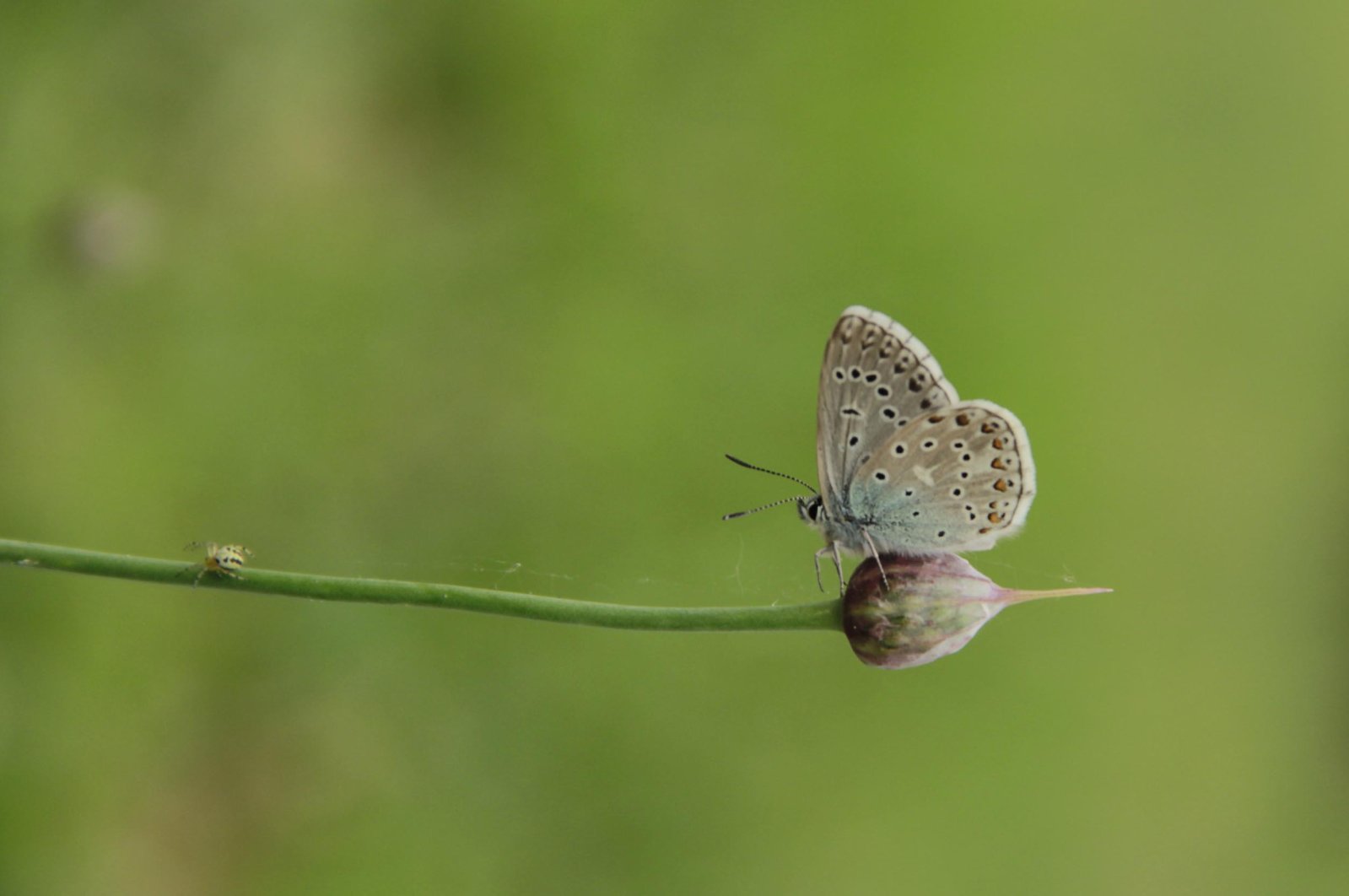 With the official arrival of summer and warmer temperatures, lands high and low in around Ovacık in eastern Turkey's Tunceli province have turned into a colorful scene, thanks to some pretty butterflies and brilliantly blue wings that give them their name.

Not to be confused with its namesakes in other Turkish provinces, Tunceli's Ovacık, which sits at an altitude of 1,500 meters (4,921 feet) and includes Munzur Valley National Park, Munzur Gözeleri (Munzur Springs), Kırkmerdiven Waterfalls, Mercan Valley, the Kepır Plateau and Harami Stream, now hosts dozens of butterfly species, which bring pops of color to the otherwise green region. The most eye-catching of all have been polyommatus bellargus, known more commonly as adonis blue or "çok gözlü gökmavisi" as they are known in Turkish (literally meaning multi-eyed sky blue).

Though the district's flora is rich, especially in terms of plant diversity and population of endemic species, adonis blues have been the main attraction these past few weeks. The males are typically the prettier ones, with wings that are bright sky blue, while the females are more of a chocolatey brown, the edge of their wings covered in some blue veins and orange spots.

Adonis Blue butterflies usually prefer flowers blooming in creeks or fields and choose grassy landscapes or forest edges as their habitats. The caterpillars of the second generation of the butterflies, which lay their eggs under plant leaves, go into hibernation when winter comes and transform into adult butterflies in spring, approximately one month after being in the pupae stage.

These butterflies are found eastward toward the Black Sea in Turkey, and can also be seen in the warmer parts of Europe.