Amazon deforestation increases by record 25% in 1st half of 2020 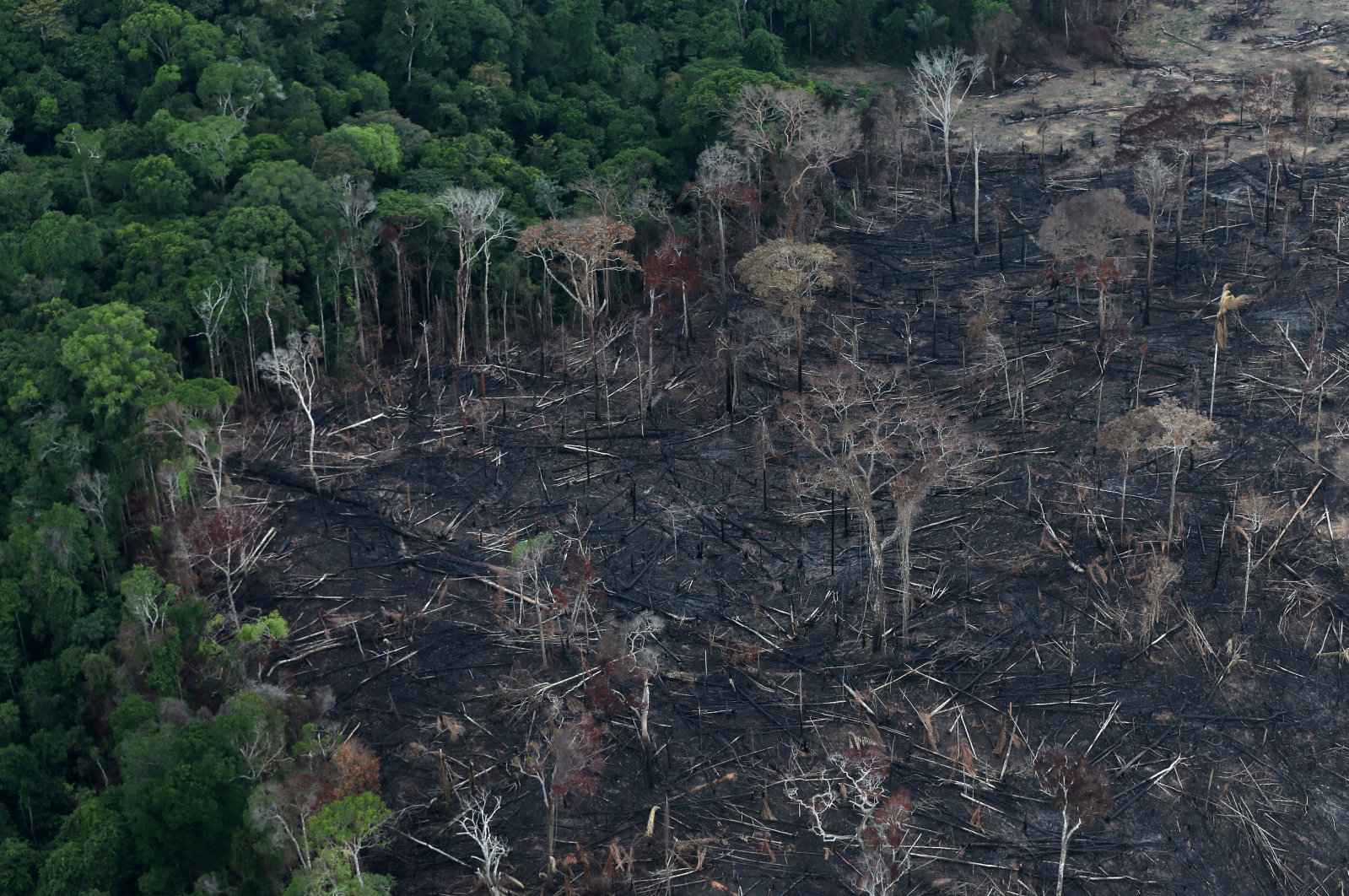 An aerial view of a tract of Amazon jungle after it was cleared by farmers in Itaituba, Para, Brazil, Sept. 26, 2019. (Reuters Photo)
by Compiled from Wire Services Jul 10, 2020 3:46 pm
RECOMMENDED

Deforestation of the Brazilian Amazon increased by a record 25% year-on-year in the first half of 2020, according to official data released Friday.

Some 3,069 square kilometers (1,184 square miles) were affected by deforestation, the highest figure since data has been collected beginning in 2015, the country's National Institute for Space Research (INPE) said.

"The deforestation data by itself shows that we now have a very complicated situation that is out of control in the Amazon."

June, which marks the start of the dry season and fires, also hit a record with 1,034 square kilometers of deforestation, an increase of nearly 11%.

Brazil has been criticized by a number of countries and environmental groups over large-scale deforestation and fires that ravage the world's largest rainforest during the dry season.

"It's not true that we're destroying the jungle to produce food," he said, also denying that Brazil was dismantling the state's environmental protection structure.

Brazil’s government on Thursday proposed that global asset-managers adopt protected areas in the Amazon rainforest in order to curb illegal deforestation ahead of the season farmers traditionally use fire to clear land and brush.

Vice President Hamilton Mourao, who heads the government’s council on the Amazon region, held a video call with representatives of investment firms and said he hopes for financial support from them to help environmental protection projects. Last month, a group of investment firms, mainly European, sent a letter expressing concern over rising deforestation and demanded forceful action against illegal activities in the Amazon. The 34 firms that have now signed the initiative have a total of $4.6 trillion in assets under their control.

"The Adopt a Park program will permit each of these national and foreign companies to choose one of the 132 conservation units in the Amazon and start financially supporting them, for monitoring, prevention and recovery,” environment minister Ricardo Salles said in a press conference in Brasilia after the virtual meeting. The funding, for example, could pay for security to prevent people from entering the areas.

Bolsonaro took office in 2019 with pledges to unlock the riches of the vast Amazon and has repeatedly opposed large territories being reserved for indigenous peoples. His government faced international criticism last year when deforestation in the Amazon reached its worst level in 11 years. As a result, some members of European legislatures have said they would vote against ratification of a free-trade deal between the European Union and the Mercosur customs union that includes Brazil, which was signed in June 2019 after two decades of negotiation.

In the video call on Thursday, investors told Brazilian authorities they are monitoring deforestation rates, the prevention of forest fires and enforcement of Brazil’s forest code, among other issues important for their assessments, according to a statement from Storebrand, one of the financial institutions at the meeting.

"We are evaluating and having a dialogue with the government is a way to try to minimize the risk of divesting,” Jeanett Bergan, head of responsible investments for Norway’s largest pension fund, KLP, said by phone from Norway. "We hope the dialogue can bring forward positive results and progress, we won’t see the same as last year with all the forest fires, and maybe see positive results coming out of this after a while. It’s a positive first step, and we need to continue the dialogue, and hopefully, we’ll all see some results on the ground.”

Bergan added that KLP’s participation in any Brazilian program would require more details and information.

KLP has about $53 million invested in 58 Brazilian companies. It has already divested from Brazilian meatpacker JBS, mining giant Vale and power company Eletrobras for reasons related to either corruption, the environment or human rights.

Brazil already receives money from wealthy nations, namely Germany and Norway, to fight deforestation in the Amazon. Norway alone has donated $1.2 billion to Brazil’s Amazon Fund since its creation in 2008. Both European nations, however, suspended contributions last year, citing continued deforestation and questioning whether the government wants to stop it.

Foreign affairs minister Ernesto Araujo said the government is trying to improve the nation’s image as a responsible environmental steward. Brazil’s government announced Thursday it has started conversations with Germany and Norway to restart cooperation to protect the Amazon.

The government’s understanding, Mourao said, is that the two main donors to the Amazon Fund want to see deforestation dropping before resuming contributions.

"We will gradually corner those who commit crimes so that deforestation is reduced to an acceptable amount,” he said.