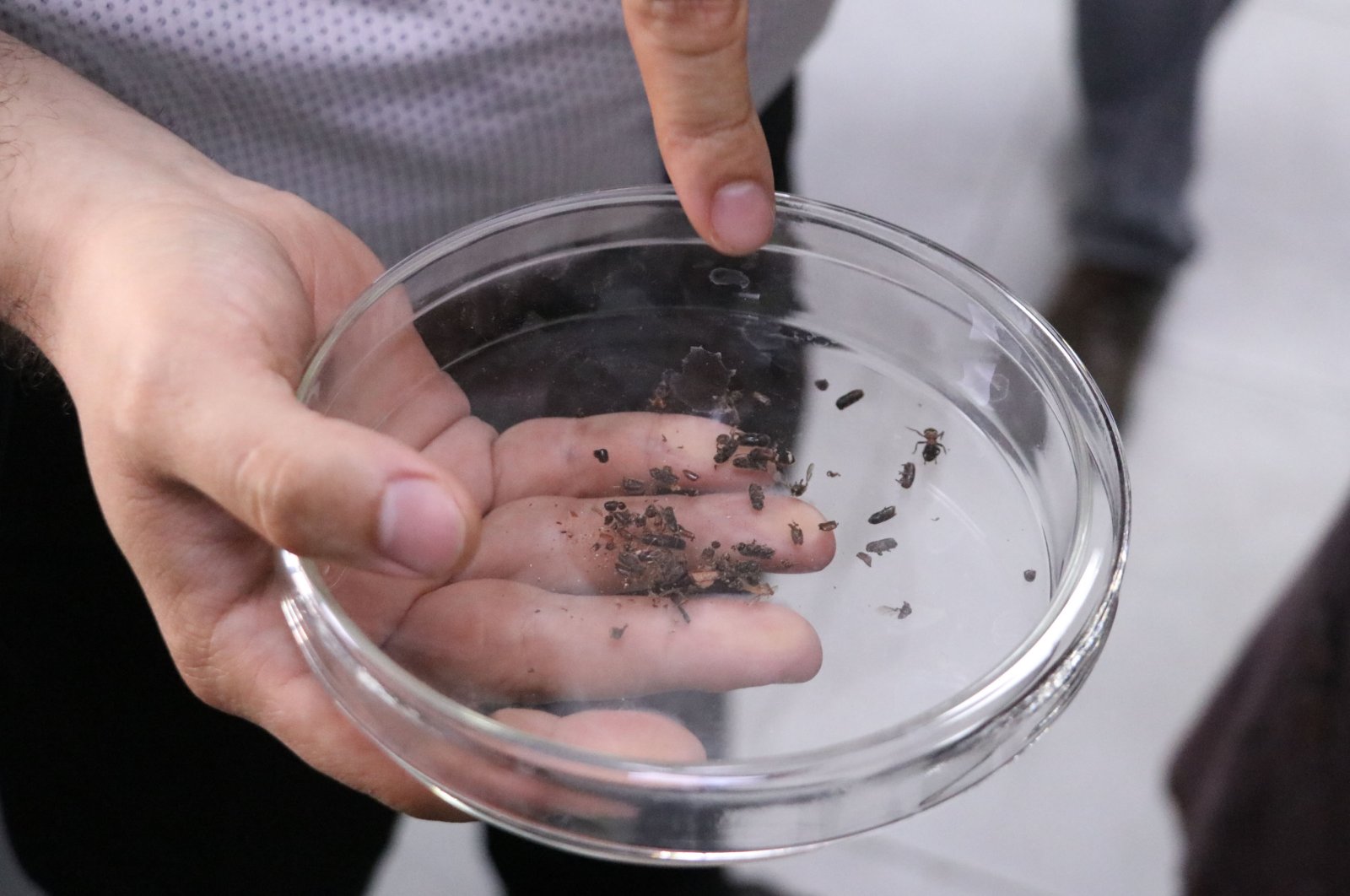 Thanasimus formicarius beetles are seen in a petri dish at the Identification and Diagnosis Laboratory for Combating Forest Pests in Gökçebey, Zonguldak, Turkey, July 8, 2020. (AA Photo)
by DAILY SABAH Jul 13, 2020 11:30 am
RECOMMENDED

This battalion of beetles is being raised in the Zonguldak Regional Directorate of Forestry’s Identification and Diagnosis Laboratory for Combating Forest Pests in the Gökçebey district.

Ant beetles do not pose any harm to their natural environments and are released annually into forested areas that are particularly threatened by bark beetles – specifically in Turkey’s Black Sea provinces of Bartın, Karabük and Zonguldak.

Bark beetles have become a serious threat to trees across the Northern Hemisphere, devastating thousands of acres of forest from Siberia to North America. They infest both coniferous and broad-leaf trees, such as pine, spruce, oak, ash and poplar, damaging and sometimes killing the trees.

Adult ant beetles are extremely efficient predators of bark beetles, with strong mandibles that can bite through the bark beetles’ tough exoskeleton. Ant beetle larvae, on the other hand, also feed on bark beetle larvae.

"We minimize the harm of this pest by minimizing its population. Last year, 14,000 propagated ant beetles were raised and released into the forests," she said. The ant beetles reproduce and reach much higher population levels once they have been released into their natural habitat, where they continue their fight against the harmful bark beetle, she added.

Beyazlı noted the significant income farmers make from the forest, further stressing the importance of biological control, which is the use of living organisms to suppress the population of a pest.