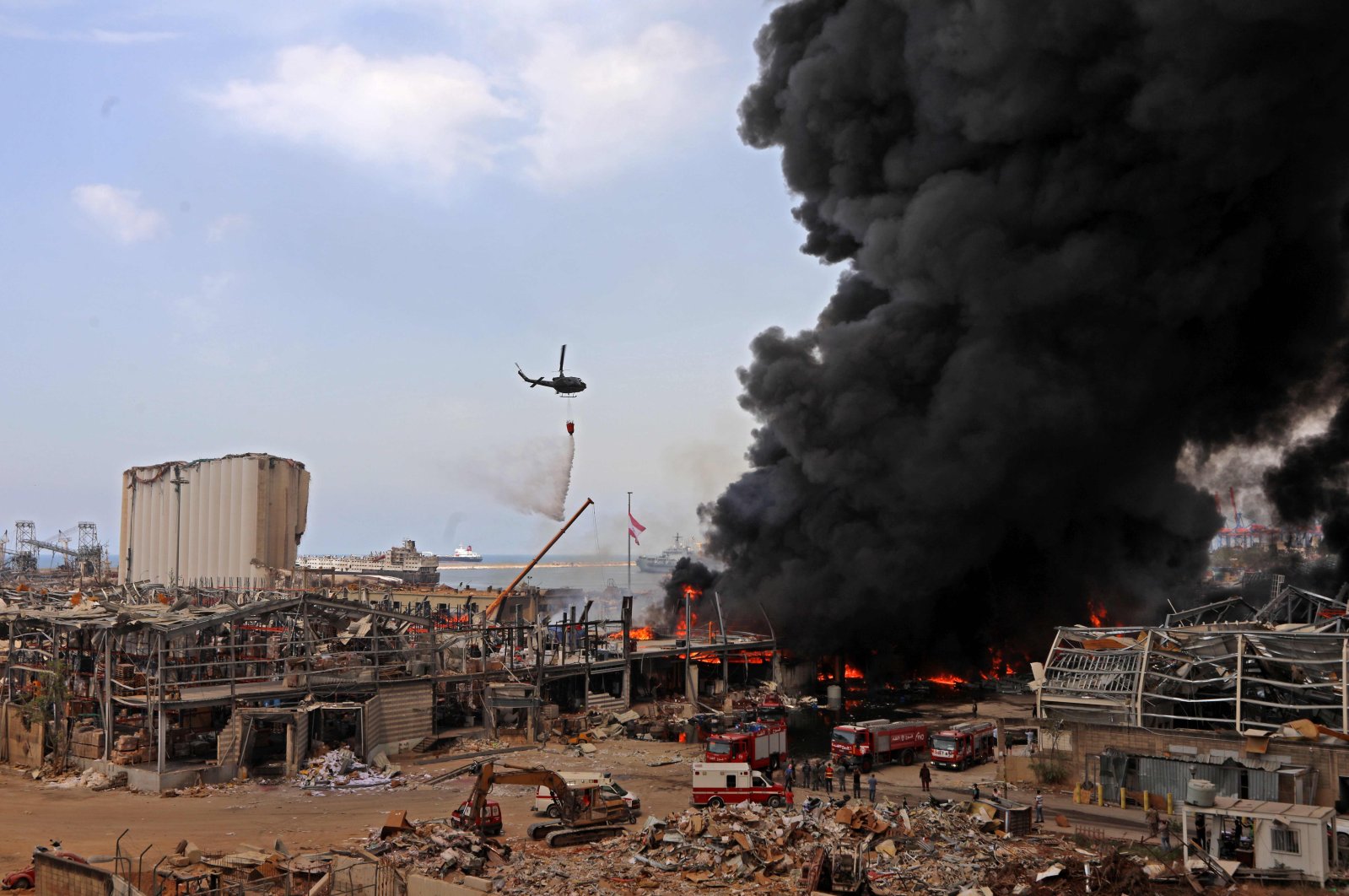 Greenpeace warned residents in Lebanon's capital Thursday to protect themselves against "toxic" smoke after a huge fire broke out in a Beirut port warehouse said to be storing tires.

"Burning tires produce a lot of fine particulates, visible smoke and ash but also a lot of volatile organic pollutants that can be inhaled even outside the smoke plume," the environment campaigners said.

"The smoke can include highly toxic and carcinogenic compounds, black carbon and other particulates and acid gases," it warned.

Earlier the army and the interim port chief said the fire, which sent a huge column of black smoke over Beirut, broke out in a warehouse in the port's free zone containing cooking oil and tires.

Greenpeace advised all residents to stay at home and wear masks, echoing similar advice earlier in the afternoon from a Lebanese university professor.

"To protect yourselves from smoke please close the windows facing the fire," atmospheric chemistry specialist Najat Saliba warned on Twitter.

"If you have no windows, leave the plastic up."

On Aug. 4 a massive explosion at the Beirut port ripped through large parts of the city, killing more than 190 people and shattering countless glass doors and windows.

After that explosion of hundreds of tonnes of ammonium nitrate, Saliba also warned of toxic particles and gases in the smoke from the blast.