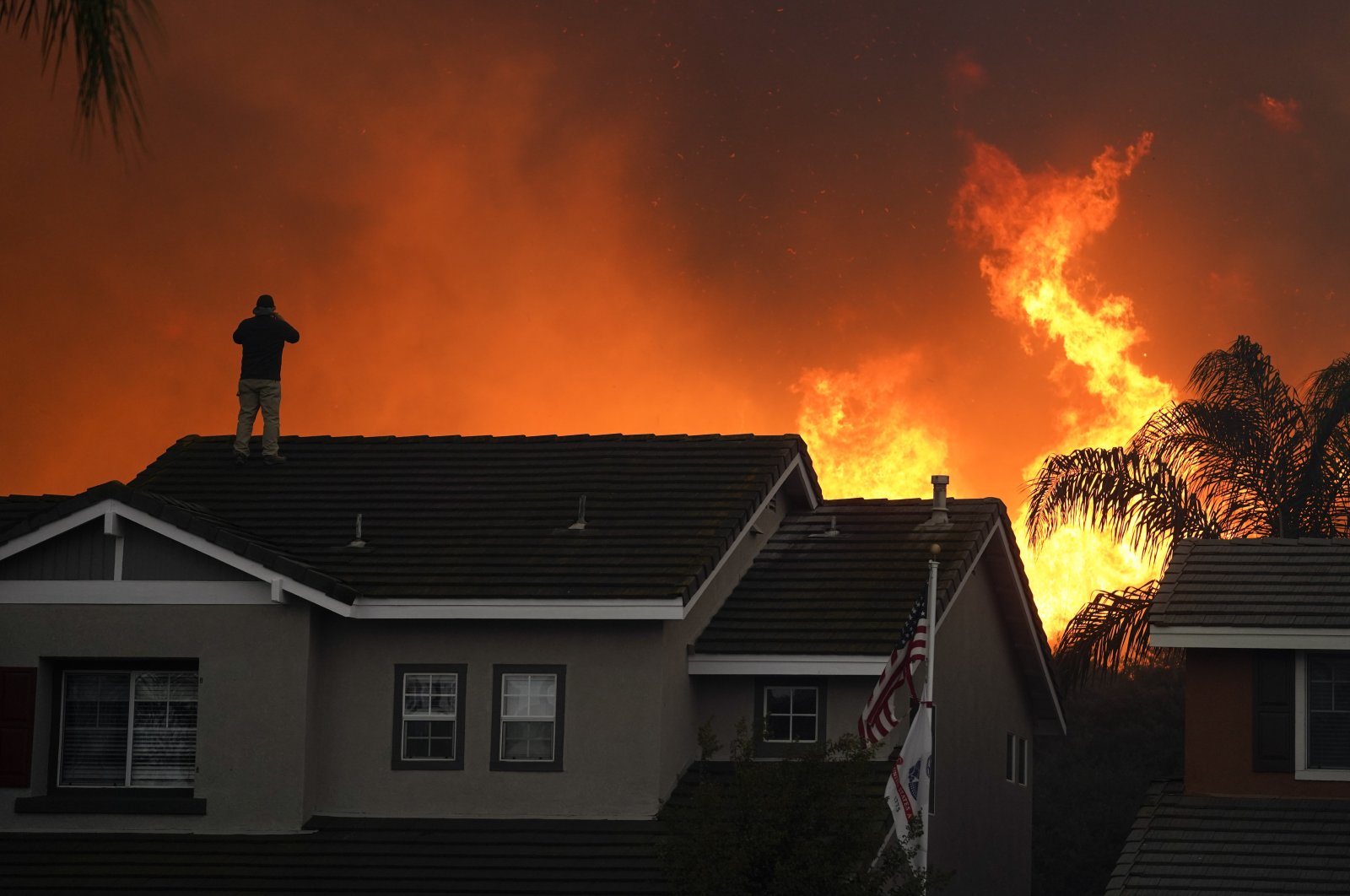 As an extreme year for hurricanes, wildfires and heat waves comes to an end, the head of the United Nations challenged world leaders to make 2021 the year that humanity ends its “war on nature” and commits to a future free of planet-warming carbon pollution.

With new reports highlighting 2020’s record-breaking weather and growing fossil fuels extraction that triggers global warming, U.N. Secretary-General Antonio Guterres delivered yet another urgent appeal to curb climate change. It was tinged with optimism but delivered dire warnings, as the U.N. gears up for a Dec. 12 virtual climate summit in France on the fifth anniversary of the landmark 2015 Paris climate agreement.

“The state of the planet is broken,” Guterres said in a speech at Columbia University. “Humanity is waging war on nature. This is suicidal.”

“Apocalyptic fires and floods, cyclones and hurricanes are increasingly the new normal,” he said.

In a report, the World Meteorological Organization (WMO) said this year is set to end about 1.2 degrees Celsius (2.2 degrees Fahrenheit) warmer than the last half of the 1800s, which scientists use as a baseline for warming caused by heat-trapping gases from the burning of coal, oil and natural gas. Most trapped heat goes into the world’s seas, and ocean temperatures now are at record levels. It also means 2020 will go down as one of the three hottest years on record.

“There is at least a one-in-five chance of it temporarily exceeding 1.5 degrees Celsius by 2024,” WMO Secretary-General Petteri Taalas said. The Paris climate accord set a goal of not exceeding 1.5-degree warming since pre-industrial times.

A new analysis by Climate Action Tracker scientists who monitor carbon pollution and pledges to cut them said public commitments to emission cuts if kept, would limit warming to about 2.6 degrees Celsius and possibly as low as 2.1 degrees Celsius.

Guterres saw hope in promises by more than 100 countries that by mid-century they will not be adding more heat-trapping gases to the atmosphere than trees and technology can remove, along with shorter-term pollution cuts. China and U.S. President-elect Joe Biden have pledged net-zero carbon emissions.

“I firmly believe that 2021 can be a new kind of leap year – the year of a quantum leap towards carbon neutrality,” Guterres said.

But he said the two U.N. reports Wednesday “spell out how close we are to climate catastrophe.”

When countries spend trillions of dollars to recover from the pandemic-triggered economic slowdown, Guterres said they must do so in a way that emphasizes clean energy.

Guterres said there’s no way the world can curb climate change “without U.S. leadership” and urged students and other Americans to do “everything you can” to get their governments to curb emissions more quickly.

One of the new reports found countries would need to cut production of oil, coal and natural gas by 6% each year by 2030 to keep global temperatures from rising more than 1.5 degrees Celsius. Instead, a review of eight major fossil-fuel producing nations showed they plan to increase production by 2% annually. That means twice the amount of carbon-based fuel would come onto the market than feasible to keep the Paris goal within reach.

Governments in the Group of 20 major and emerging economies have so far committed more money to prop up fossil fuel sectors than to boost the rollout of renewable energy, the report found.

Co-author Ivetta Gerasimchuk of the International Institute for Sustainable Development said investing in oil, coal and gas no longer makes economic sense because renewable energy is becoming cheaper than fossil fuels. But, she said, “We see that instead of governments letting these fossil fuel projects die they resurrect them from the dead.”

The WMO’s report found global warming is worsening in all seven key climate indicators, but the problem is increasing human suffering in an already bad year.

“In 2020, over 50 million people have been doubly hit: by climate-related disasters (floods, droughts and storms) and the COVID-19 pandemic,” the report said. ”Countries in Central America are suffering from the triple-impact of hurricanes Eta and Iota, COVID-19 and pre-existing humanitarian crises.”

Among the dozens of extremes the report highlighted:

While these events can’t solely be blamed on climate change, “these are the types of events scientists fear will increase due to climate change,” said Cornell University climate scientist Natalie Mahowald, who wasn’t part of the report.

“Human activities are at the root of our descent towards chaos,” Guterres said. “But that means human action can solve it.”