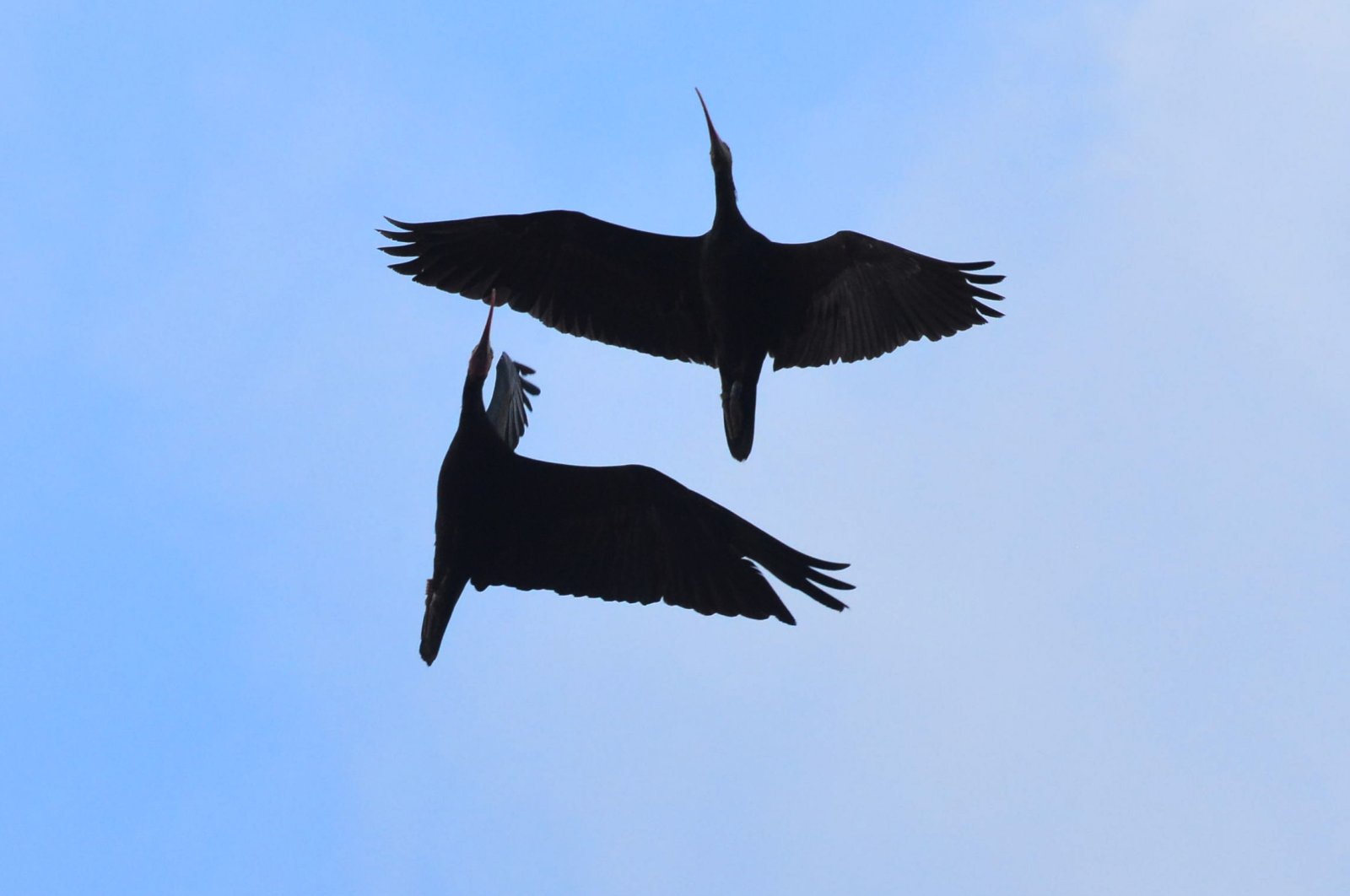 Some 278 members of the endangered Northern Bald Ibis species have been released into the wild in the Birecik district of southeastern Şanlıurfa province in Turkey, as part of the annual process to allow the birds to roam and nest freely during the breeding season.

The Northern Bald Ibis, whose population is found mainly in Turkey and Morocco and a small area in Syria, most of which has been destroyed due to the civil war, has been under the protection of Turkey's Agriculture and Forestry Ministry in Birecik since 1977.

The birds at the semi-wild colony of Birecik are released every year in late January and February into nature to breed, which mainly occurs on ledges and nest boxes in the breeding station compound. They fly freely and forage around the Birecik area in forest nurseries and agricultural fields. At the end of the breeding season, the birds are taken back into cages to prevent migration, which due to pesticides carry significant lethal dangers for the birds.

Deputy Governor of Şanlıurfa Metin Esen stated that northern ibises were a symbol of “fertility,” and that they hoped the birds would breed in high numbers when they are released into nature.

“The work to conserve the northern ibis birds, which are under protection, have been fruitful. Last year, they broke a record and 68 chicks were born. We hope that in the following years we see days when the sky is full of these birds,” Esen told Anadolu Agency (AA) during the ceremony at the breeding station.

In the meantime, Nature Conservation and National Parks Directorate teams turned a large area near the center into a suitable ground for the birds.

Hacı Ahmet Çiçek, head of the third Directorate of Nature Conservation and National Parks, told AA that the conservation team had shown great care and effort for years to protect the population of bald ibises.

The efforts of conservation particularly in Şanlıurfa and in other sites in Australia, Italy and Morocco, helped downgrade the northern ibis from "critically endangered" to "endangered" status on the International Union for Conservation of Nature (IUCN) Red List in 2018, which is the world’s most comprehensive and authoritative inventory on the global conservation of biological species and assesses the risk of extinction of those species.